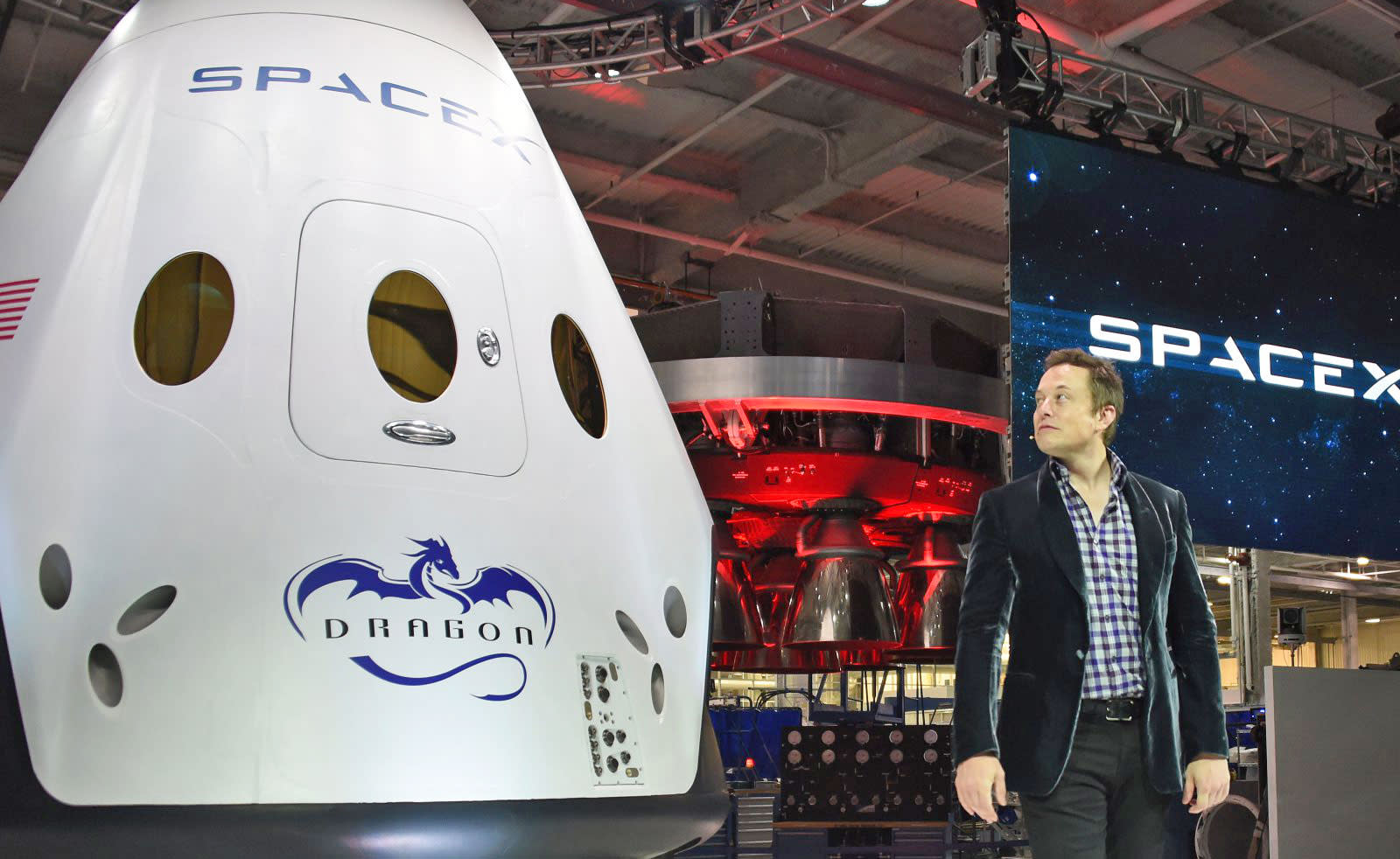 Elon Musk's plan to put a human crew in space using a Dragon capsule won't happen in 2017 after all. Although SpaceX was scheduled to launch a manned NASA mission next year, that mission has now been delayed until 2018 while Musk's company continues to evaluate its Falcon 9 rocket fueling system.

According to TechCrunch, the official line from SpaceX says the company needs more time to assess and implement its "designs, systems and processes" after it lost a Falcon 9 on the launch pad during pre-flight fueling earlier this year. That explosion understandably gave NASA some concerns about SpaceX's plan to fuel the rockets with a loaded crew capsule on board, but the company now says it "has continued to work closely with NASA and is completing all planned milestones for this period." Those milestones include an unmanned demo launch of the crew capsule now lined up for November 2017, as well as tests of other equipment like the spacesuits and parachutes.

SpaceX's competition over at Boeing is also working with NASA to create the next generation of spacecraft, but that company's CS-100 Starliner has also been delayed until 2018. Assuming everything stays on track, however, Boeing will get a headstart with their first orbital flight test happening in June 2018 and a crewed mission to follow in August of that year.

In this article: boeing, DragonCapsule, elonmusk, Falcon9, science, space, spacex, starliner
All products recommended by Engadget are selected by our editorial team, independent of our parent company. Some of our stories include affiliate links. If you buy something through one of these links, we may earn an affiliate commission.