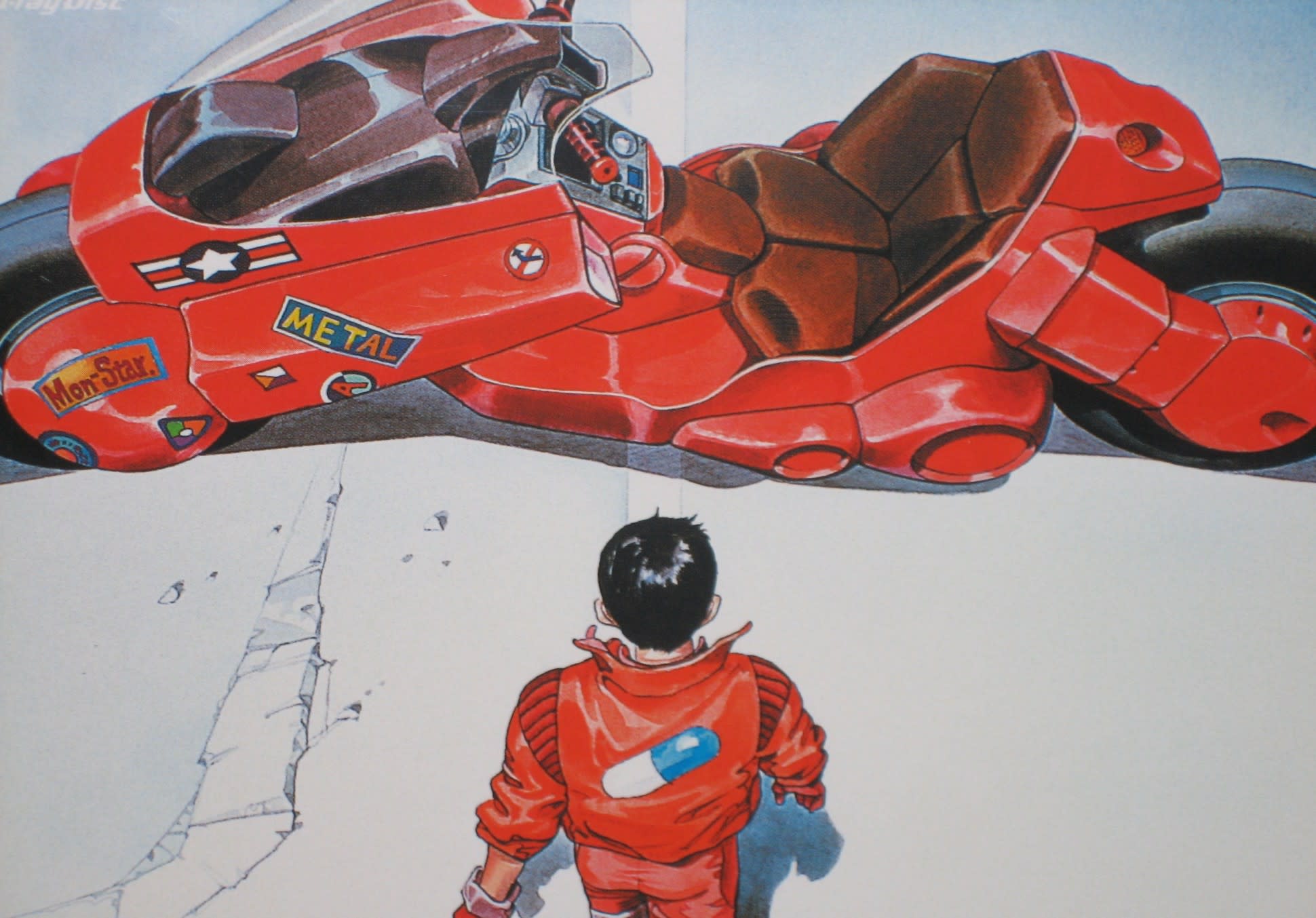 Akira, still one of the most definitive manga and anime ever made, never really got a game to do the source material justice. While that's probably not going to change, Patrick Scott Patterson, retro game hunter-gatherer, managed to pick up four slightly different copies of the mid-development Akira title on the Game Boy. They are all experiment builds, so all that mid-test gaming nougat is housed in open-air cartridges -- which makes me nervous.

The title is primarily broken into two (pretty broken) parts: Bike-based levels where you dodge static obstacles and an awkward-looking platform section where you punch and kick enemies that are, for some reason, much shorter than you. There's also a bunch of jumping which will be familiar to anyone that played handheld games that were Hollywood movie tie-ins back in the 90s. You do, however, get to run around as protagonists Kaneda or Tetsuo -- which is cool. There's even a brief hovercraft shooter level and mutant bosses that Patterson was able to try through debug level options.

The ideas are all very Akira, but the game is severely unfinished. There's a single cloying soundtrack and only a few sound effects repeated constantly. Level design is all delightfully broken up too, but what are you expecting from a collection of decades-old mid-development cartridges? Patterson plans to pull together the workable parts of each cartridge, pulling them into something vaguely playable for fans that probably don't even care how the game plays.

In this article: akira, cancelled, culture, design, gameboy, gaming, nintendo, video
All products recommended by Engadget are selected by our editorial team, independent of our parent company. Some of our stories include affiliate links. If you buy something through one of these links, we may earn an affiliate commission.