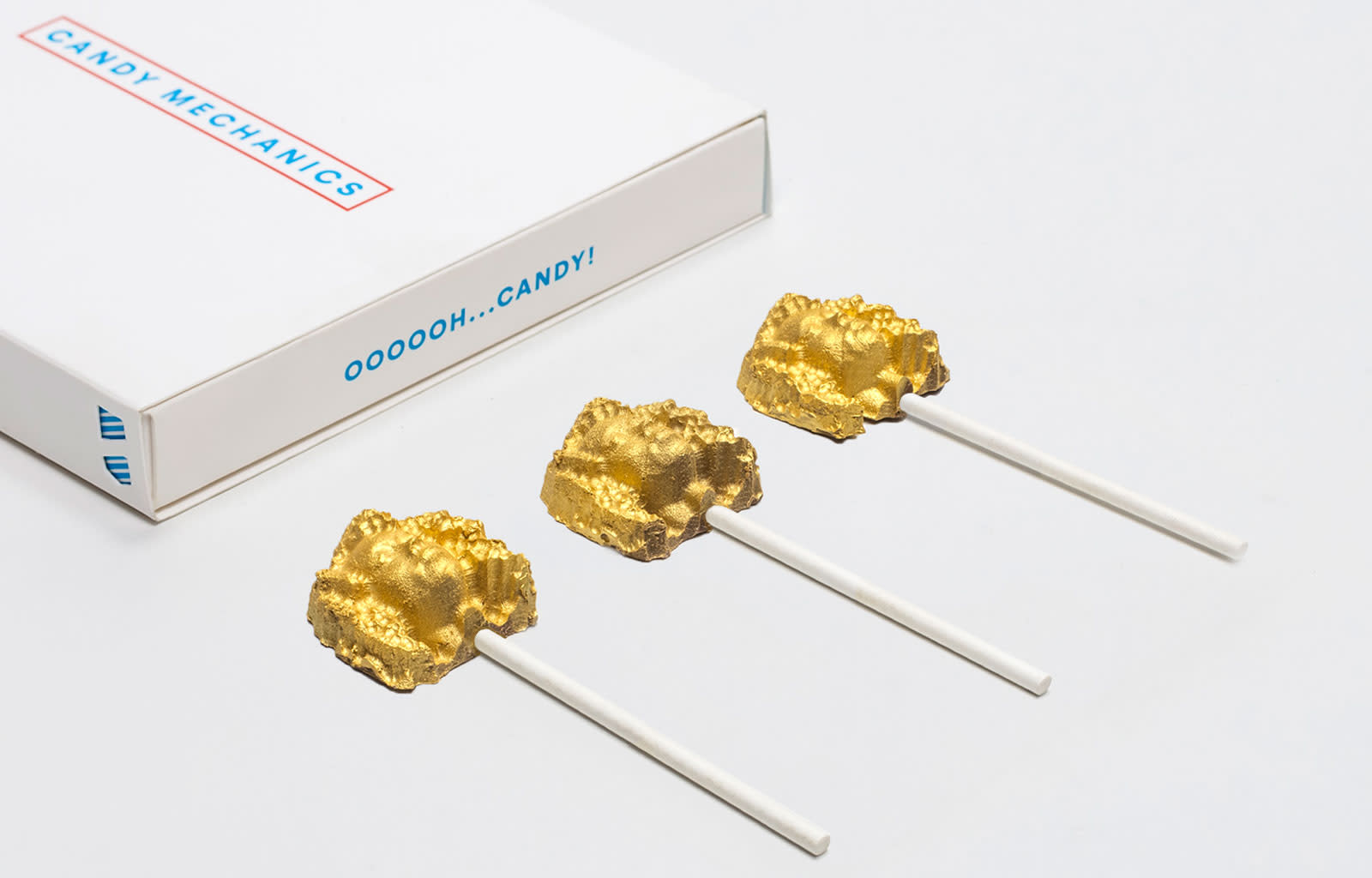 The holidays are a time to forget about your fitness goals and indulge. And what better to stuff your face with than, well, your face? Candy Mechanics is in the business of personalised chocolate, but the company's latest service takes that idea one step further: chocolate people. Or rather, chocolate heads, known as Lolpops. All you need is a smartphone or tablet to film a 30-second, close-up video of someone's mug from all angles (Candy Mechanics' website talks you through the process). Upload that video, and fancy Autodesk software builds a 3D model from the footage that's then used to create chocolate heads on sticks.

Candy Mechanics offered a similar service for a limited time last year, setting up shop in London's Selfridges store for six weeks. Back then, though, the process involved a 3D scanner, and a 3D printer that would make chocolate molds customers could take away to craft their own Lolpops. It was much more time-consuming than the new process, whereby a machine carves the heads out of chocolate "blanks." (Confectionary-specific 3D printers aren't quite up to scratch yet, it would seem.)

While the new Lolpops are available to anyone in the UK with a phone, they are still a "limited edition" product. Candy Mechanics is only accepting 500 orders before Christmas, and with a pack of three setting you back £20 (edible gold finish included), they aren't the cheapest novelty item. Still, there's nothing quite like a personalised gift -- though if you fancy picking up a set for the chocolate lover in your life, best start coming up with excuses for needing a 30-second close-up video of them if you don't want to spoil the surprise.

In this article: 3dScanner, autodesk, candymechanics, chocolate, food and drink, food-and-drink, foodanddrink, gear, lollipop, lolpops
All products recommended by Engadget are selected by our editorial team, independent of our parent company. Some of our stories include affiliate links. If you buy something through one of these links, we may earn an affiliate commission.