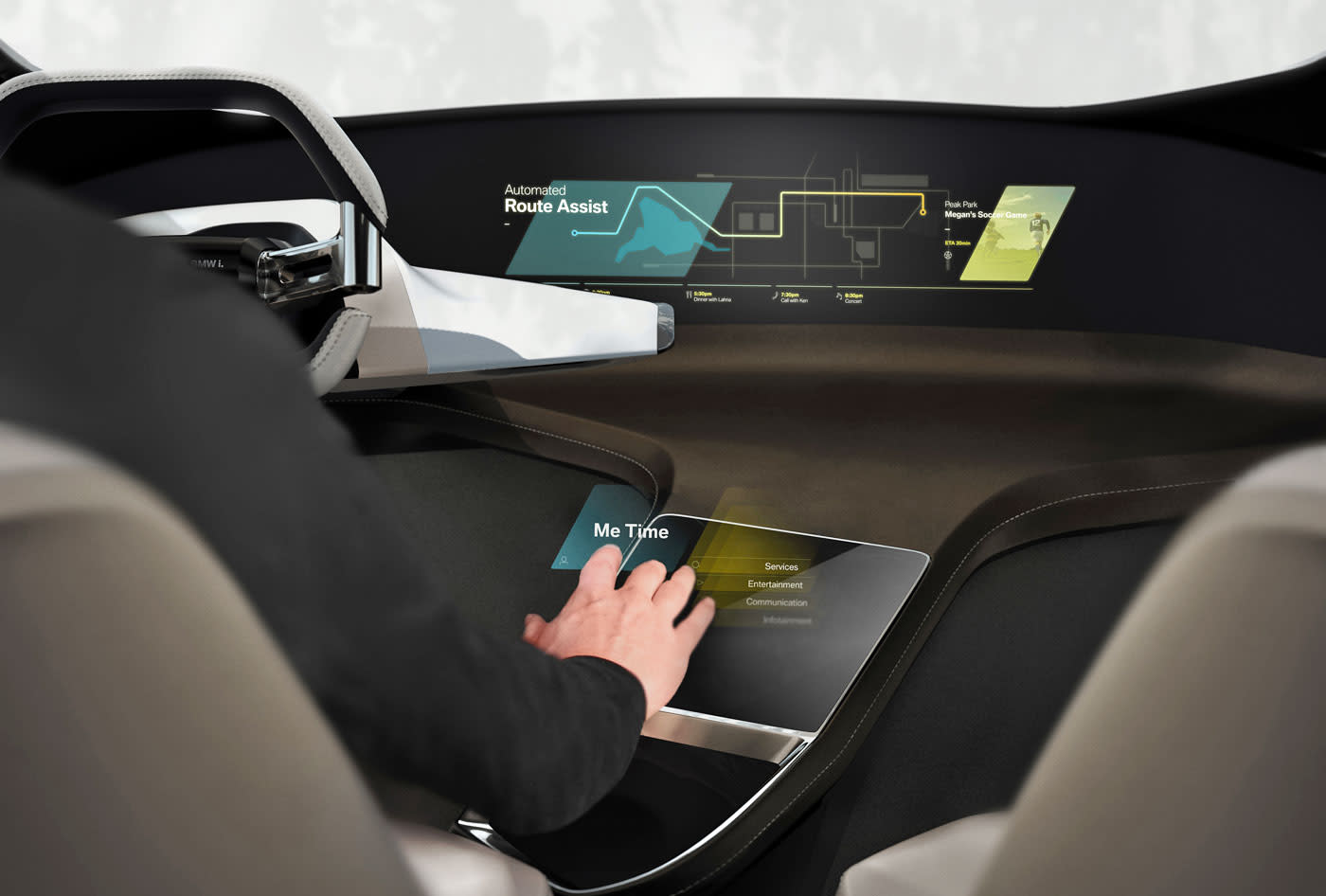 You can count on BMW to introduce fascinating concepts, and many even make it into production, such as its ConnectedDrive personal assistant app. Others, like the motorcycle that balances itself so well drivers don't need a helmet, are probably a few years off; Such is the uncertainty of showing off novel automotive designs that technology doesn't quite support yet. But that isn't stopping BMW from presenting another fun, who-knows-when-we'll-get-it tech ditty at the upcoming CES 2017: The HoloActive Touch, a virtual interface for cars.

Per BMW's description, the interface will let you control car functions with hand gestures and motions, enabling drivers to use "the visible and tangible driver-vehicle interaction familiar from conventional touchscreens." Supposedly, it will project holographic control surfaces upward from the center console at steering-wheel height, allowing the driver to interact with them using their free hand. A camera will track fingertip positions and the system emits a "pulse" when a function is activated.

BMW isn't saying when the HoloActive Touch could be integrated into its car lines. But it did cite the concepts from CES' past that it evolved from, like the gesture control at the 2015 show that is now available in both the BMW 7 series and 5 series and the AirTouch that debuted at last year's. Surely the HoloActive Touch on display at CES 2017 will lend a better idea of how the whole system works before we start worrying about how a holographic system with light feedback might distract drivers far more than help them.

In this article: bmw, car, gadgetry, gadgets, gear, HoloActiveTouch, holographic, interface, transportation
All products recommended by Engadget are selected by our editorial team, independent of our parent company. Some of our stories include affiliate links. If you buy something through one of these links, we may earn an affiliate commission.