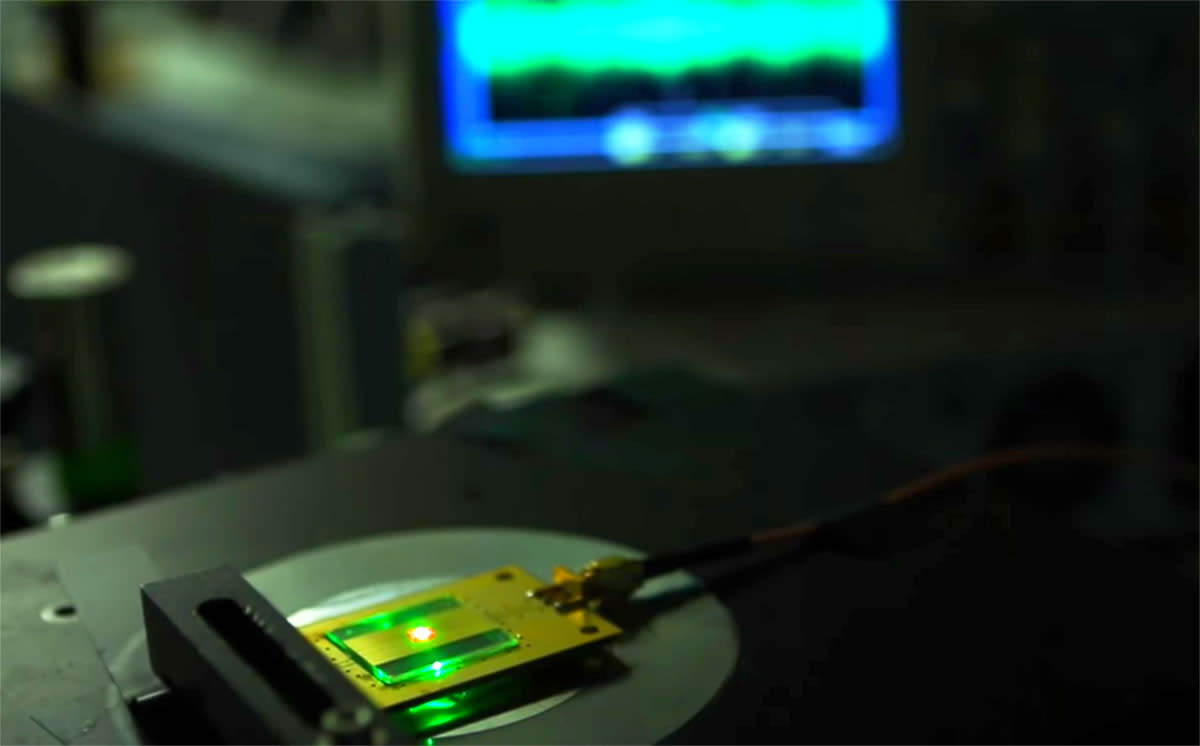 Researchers at Harvard John A. Paulson School of Engineering and Applied Sciences have made the world's tiniest radio receiver through an assembly of atomic-level defects inside pink diamonds. The radio receiver can withstand harsh environments, high temperatures and could even be embedded in humans thanks to its biocompatibility. The team was still able to play music through the receiver at around 660 Fahrenheit, which be perfect for when the sun eventually eats the solar system.

The diamond's tiny imperfections make up a system of nitrogen atoms with a hole next to it. This arrangement an emit single photons or detect very weak magnetic fields. Not just that, these flaws apparently even have photo-luminescent properties, meaning they can convert information into light which could, according to release, offer uses in sensors and quantum computing.

The device is powered by green light delivered by laser. Electrons are sensitive to electromagnetic fields which includes FM radio waves. When those nitrogen holes receives radio waves, they convert it into red light. This then gets converted into current by a photodiode, and made into sound through a speaker. Boom: that's (a heavily oversimplified explanation of) how your tiny diamond radio works.

The scientists could augment the radio with an electromagnet, creating a strong field around the diamond in order to tune the receiving radio frequency of the flaws. As you can hear in the video, reception is... passable. At least it's made of diamond?

In this article: av, diamonds, QuantumComputing, radio, science, video, WorldsSmallest
All products recommended by Engadget are selected by our editorial team, independent of our parent company. Some of our stories include affiliate links. If you buy something through one of these links, we may earn an affiliate commission.