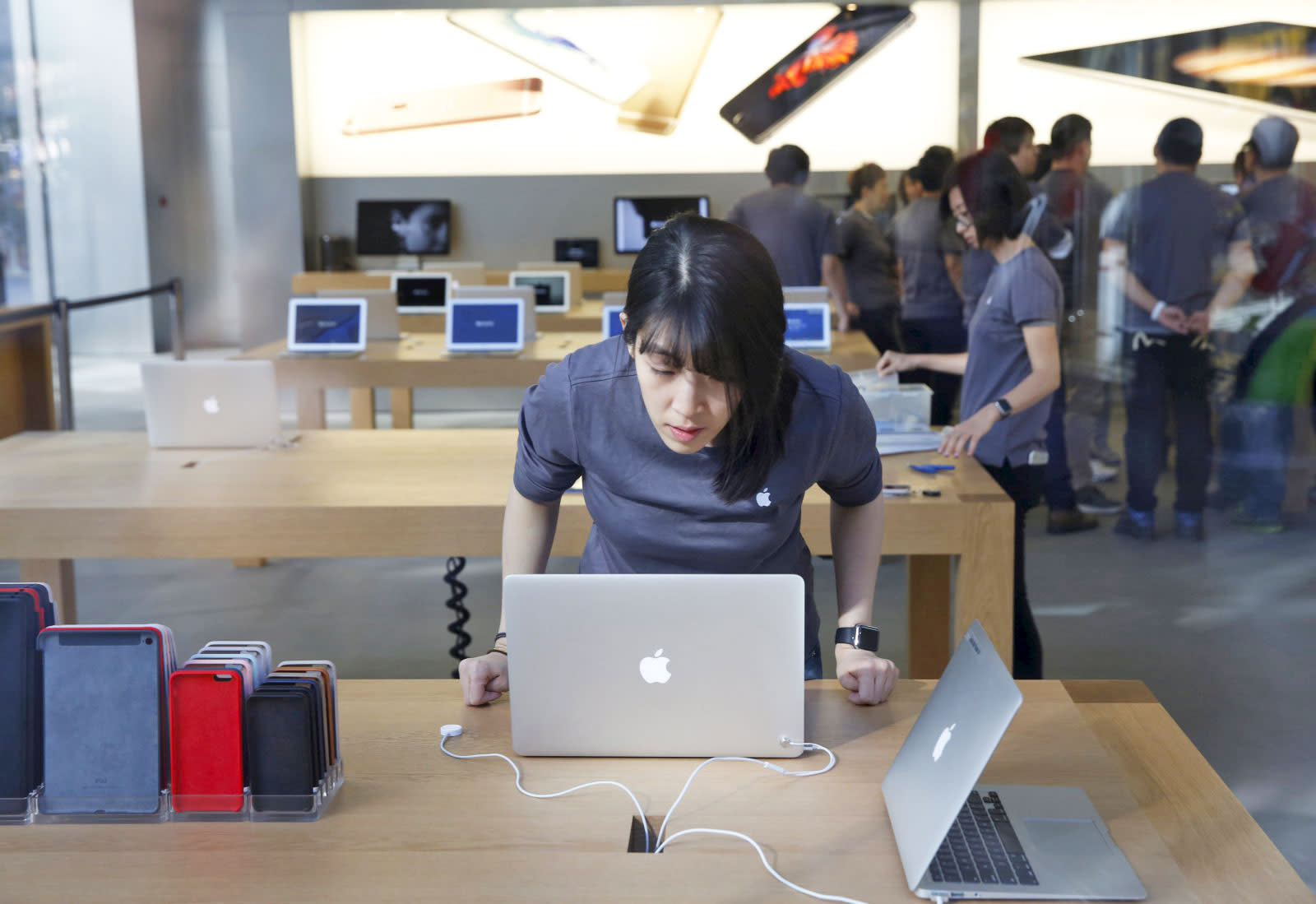 Apple only released one substantial update to its entire lineup of Mac computers in 2016, and what a controversial update it was. To many outsider observers, the last year made it feel like the Mac is far from a priority at Apple -- and a report from the reliable Mark Gurman of Bloomberg backs that up. According to Gurman's anonymous sources, the Mac team just isn't a priority with Jony Ive's design team, the company's software team or senior management at large. Additionally, both technical challenges and the departures of key members of the Mac team have also slowed things down.

Perhaps the most notable example Gurman gives comes from the new MacBook Pro. Originally, Apple engineers wanted to use the "tiered" battery system found in the 12-inch MacBook to get more capacity into the new MacBook Pro lineup. But the new battery failed some key tests prior to launch, so Apple had to revert to an older, more standard battery design that resulted in worse battery life as well as disorganization and scrambling as the company pulled in engineers from other teams to get everything squared away. Gurman says this affected development on other parts of the Mac lineup.

It's a pretty big black eye for Apple, as many reports and reviews have noted how the MacBook Pro's battery life is just not up to par with its competition and doesn't represent what most expect when spending so much money. In fact, since the computer launched, Apple pushed out a software update that removed "time remaining" estimates from macOS (the company claims the MacBook Pro's battery functions as expected, but that the OS is just not showing proper battery life estimates).

Speaking of macOS, Gurman reports that there's no longer a dedicated team for developing the Mac's software. There's just one big software team that works across iOS and the Mac. That makes a lot of sense given the close ties between the systems that have developed in recent years -- but it also means that iOS gets the lion's share of resources. That's reasonable given the iPhone's massive importance to Apple's bottom line, but it's still bad news for those of us who like seeing continued Mac innovation.

It's not just on the software side -- Jony Ive and his design team are also visiting with the Mac team much less and not reviewing nearly as many concepts as they used to. This might explain why the spec bump that the 12-inch MacBook received earlier this year was so minor. Originally, Apple had planned to add a second USB-C port and Touch ID, two additions that would have been most welcome. But instead Apple added a rose gold color option and a slightly faster processor.

Of course, Apple maintains that it's business as usual for the Mac. "We have great desktops in our roadmap. Nobody should worry about that," CEO Tim Cook said recently in a company Q&A session that Bloomberg reported on. But the fact that Apple's own employees are questioning the company's dedication to it's former flagship product has to say something about what's going on in Cupertino.

In this article: apple, gear, jonyive, mac, macbook, macbookpro, macos, personal computing, personalcomputing
All products recommended by Engadget are selected by our editorial team, independent of our parent company. Some of our stories include affiliate links. If you buy something through one of these links, we may earn an affiliate commission.