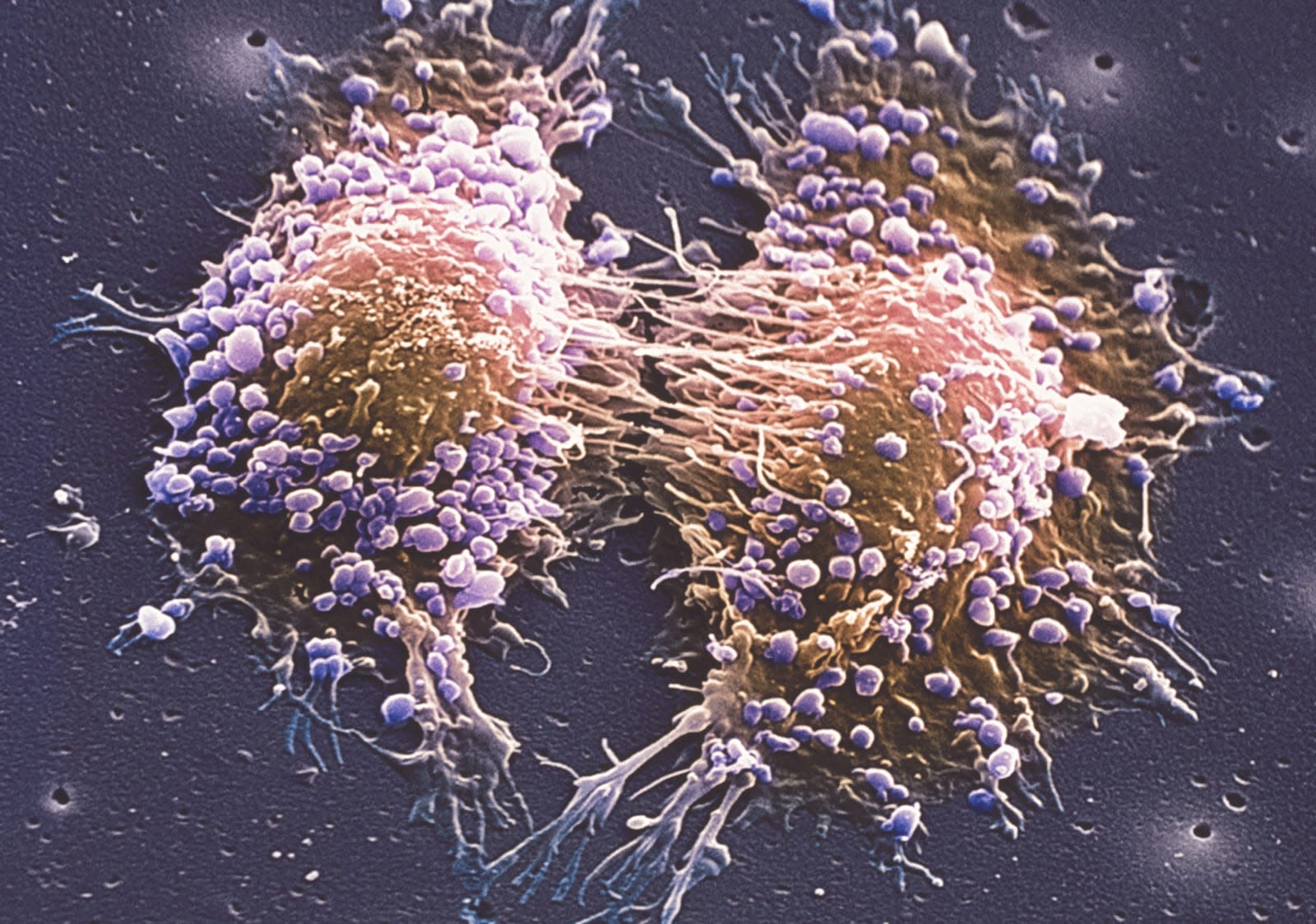 A new prostate cancer treatment that combines lasers and deep-sea bacteria could be "truly transformative," according to a team of researchers. A trial conducted with 415 men across Europe finished with nearly half completely free of cancer compared to 13.5 percent in a control group To top it off, unlike with current, aggressive therapies that can cause impotence and urinary problems, most of the subjects were free of side effects after two years.

The "vascular targeted photodynamic therapy (VPT)," developed by scientists at the Weizmann Institute of Science in Israel and private company STEBA Biotech, is pretty creative. Patients were chosen from a low-risk group normally put on "active surveillance," meaning they receive no treatments like radiation therapy or surgery. While such treatments do significantly reduce the risk of cancer, they can cause permanent side effects like incontinence and erectile dysfunction.

The subjects were first treated with a drug called WST11 derived from highly light-sensitive bacteria that live near the bottom of the ocean. After the treatment, doctors inserted optical fibers through the perineum, between the anus and testes, into the affected prostate gland. When the red laser is switched on, it activates the drug, which releases free radicals that destroy the tumors, but not the surrounding cells.

After followup, only six percent of patients needed to have their prostate removed, compared to 30 percent of those under active surveillance. "This is truly a huge leap forward for prostate cancer treatment, which has previously lagged decades behind other solid cancers such as breast cancer," said lead researcher Mark Emberton from the University College London hospital. "In prostate cancer, we are still commonly removing or irradiating the whole prostate, so the success of this new tissue-preserving treatment is welcome news indeed."

This is truly a huge leap forward for prostate cancer treatment, which has previously lagged decades behind other solid cancers such as breast cancer. In prostate cancer, we are still commonly removing or irradiating the whole prostate, so the success of this new tissue-preserving treatment is welcome news indeed.

The procedure was performed in 10 European nations by 47 treatment centers, many of which had no experience with it. "New procedures are generally associated with a learning curve, but the lack of complications in the trial suggests that the treatment protocol is safe, efficient and relatively easy to scale up," said Emberton. What's more, he adds, MRI and other techniques for spotting prostate cancers have improved since the trial started in 2011, so further studies should produce even better results.

There's still some work to be done. Right now, the treatment is only for low-risk patients, because it gives them a safe option for treatment instead of waiting, which could allow the cancer to progress. However, it remains to be seen whether VPT treatment will work for medium-to-high-risk cases. Right now, researchers are "eagerly awaiting" results from trials on patients with more aggressive forms of prostate cancer. In comparison, radiation therapy is over 95 percent effective in treating prostate cancer, despite the risk of side effects.

In the meantime, one UK patient is grateful for the procedure. "When I was diagnosed with early prostate cancer, I had the option of active surveillance but I didn't want to wait until it got worse so when I was offered a place on the trial I signed up straight away," said Gerald Capon. "The treatment I received on the trial changed my life. I'm now cancer-free with no side-effects and don't have to worry about needing surgery in future."

Update: The post was updated to clarify that the VPT treatment is only used for low-risk prostate cancer patients. The control group was under "active surveillance," which means they received no treatment, something that's normal for low-risk patients. (Thanks, Derek.)

In this article: Lasers, medicine, ProstateCancer, science, treatment, Vacular-targetedPhotodynamicTherapy, VTP
All products recommended by Engadget are selected by our editorial team, independent of our parent company. Some of our stories include affiliate links. If you buy something through one of these links, we may earn an affiliate commission.