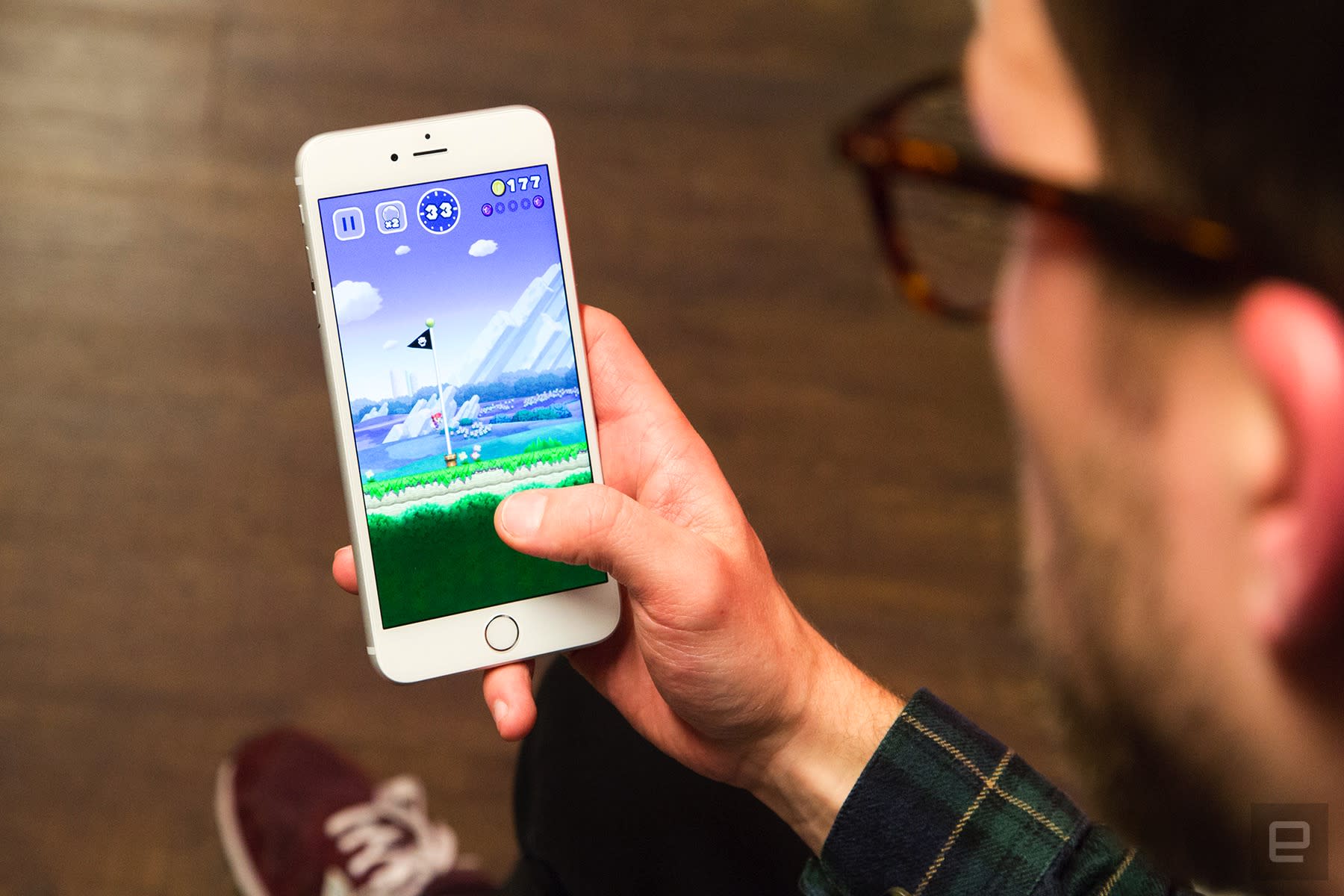 Nintendo has released official download figures for its first (true) smartphone game. 40 million people have tapped their way through the free version of Super Mario Run in just four days. The full game is priced at $10, but Nintendo didn't reveal exactly how many Mario Runners have decided to take the plunge. How does that compare to 2016's smartphone hit, Pokémon Go? Well, it's not a simple comparison.

Super Mario Run launched globally, but only on iPhones and iPads. Meanwhile Pokémon Go launched cross-platform, but rolled out slowly across the globe. Pokémon Go hit 30 million downloads in two weeks. In sheer money-making terms, both games are free to play (initially), and while Pokémon Go depended on in-app purchases, Mario Run jut offered the single ten-dollar purchase for the entire game. There's no other in-app purchases for Mario's smartphone debut, at least, not yet.

In this article: gaming, ios, mario, mobile, mobilegaming, nintendo, supermariorun
All products recommended by Engadget are selected by our editorial team, independent of our parent company. Some of our stories include affiliate links. If you buy something through one of these links, we may earn an affiliate commission.