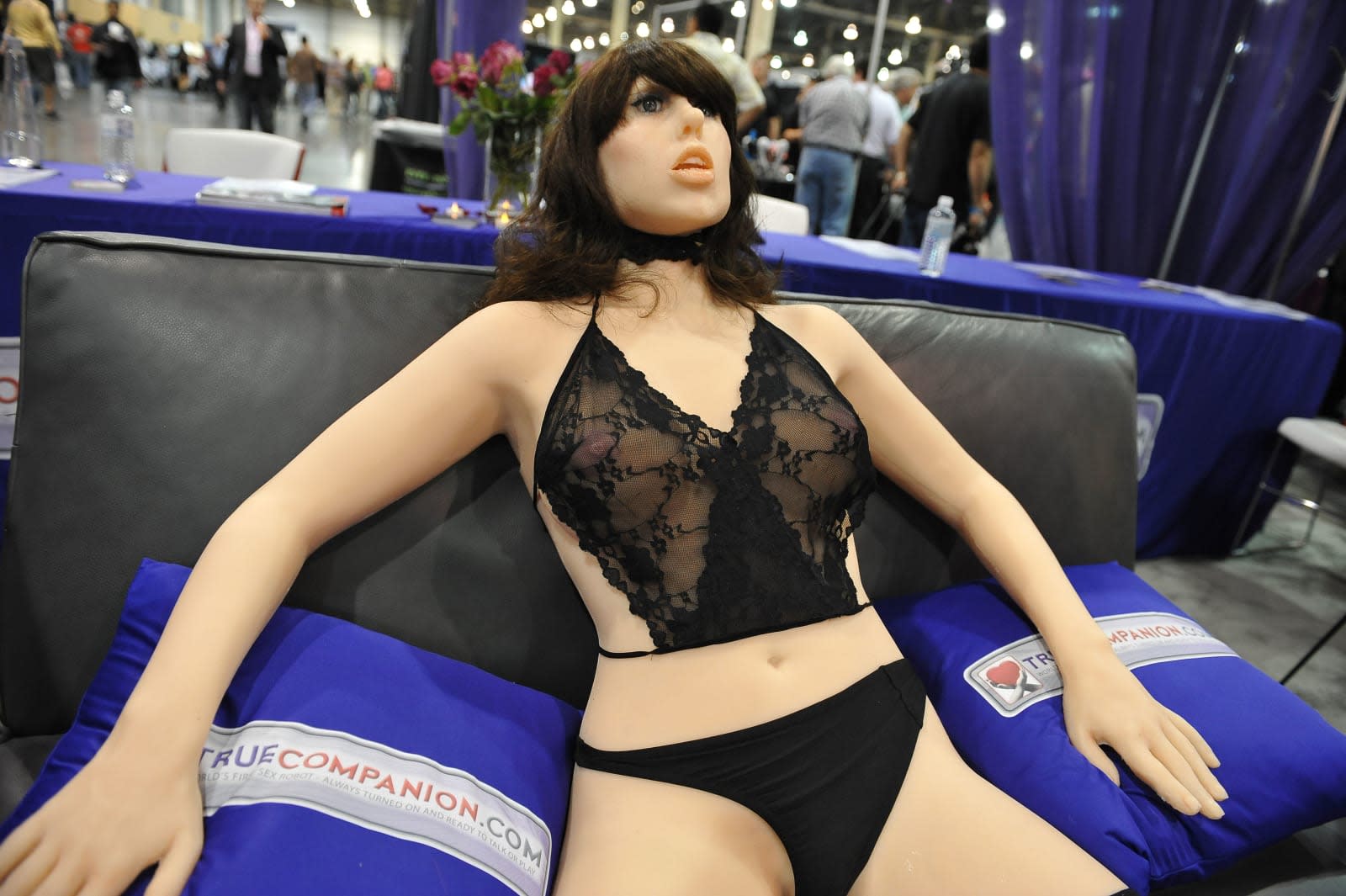 We know nothing about the future of sex robots

We don't have the political, legal or moral framework to cope with what's coming.

Warning: This story may contain links to and descriptions of explicit sexual acts as well as material some readers may find triggering.

Isaac Asimov famously created rules that would prevent robots from harming humans. But at the second International Congress on Love and Sex With Robots earlier this week, any anxiety that may have inspired those guidelines was turned on its head. Panelists discussed the ways in which giving robots personhood and consciousness may revolutionize our lives, but could also be catastrophic. Because, instead of worrying that we will be harmed by our creations, we're now much more concerned about causing harm to them.

The two-day event was held at London's Goldsmiths College and was led by Dr. Kate Devlin alongside Dr. David Levy, author of Love and Sex With Robots. Journalists and academics from as far as Japan convened in a basement lecture theater to learn all about digital sex. But the event served to highlight just how little we know about the future of robotic sex and what it will mean for humans and our notions of gender.

For instance, nobody at the show was even able to agree on a definition of what a sex robot actually is, compared to a sex toy. After all, the world is already intimately acquainted with devices that are programmed to bring us to orgasm. Devlin believes the presence of artificial intelligence is what will eventually define a sex robot, because "AI systems are the potential moral and ethical concern."

Some of those concerns were laid out by Swiss machine-ethics expert Dr. Oliver Bendel. He presented a list of 19 issues that we will need to study, define and resolve in the very near future before building sex robots. His list runs from more philosophical questions, like if we should give sex robots a sense of morality, to more practical ones, like if they should understand normal social behavior.

Should a sex robot be able to withdraw consent if it thinks the act of sex would be harmful to its user? That's one of several instances Bendel outlined in which the needs of the robot and its user may conflict. If the user begins showing signs of physical distress or fatigue, is it wise to program conditions whereby the bot would turn itself off? We don't have an answer, but we'll need one -- and soon.

You may be wondering about the horrors that the characters inflict upon the robot hosts in HBO's Westworld. Would you still feel such empathy if those people were made in a human form? Bendel asked if we should even build such devices in man's image. Devlin felt that sex robots shouldn't be android (male-shaped) or gynoid (female-shaped) but that "it's a pattern that we're currently stuck in." She also feels that existing attempts to build a sex robot -- like Roxxxy's True Companion -- are "heteronormative and sexist" because they're predominantly "made by men, for men."

Devlin wants to see robots that ditch the human form in favor of creations that better suit our personal fantasies. She envisions devices "tailored to people's desire" that will end the "trope of the female, gynecological robot." She also feels the existing narrative of the sex robot has been written by a narrow group of people within the adult-entertainment industry. "This is going to happen, whether we like it or not, " Devlin added later, "so [women] need to influence, control and discuss it."

Unfortunately for Devlin, humans have a knack for giving inanimate objects plenty of human qualities. One Japanese study presented at the show asked strangers to speak with each other using either an Xperia Mini on speakerphone, or that device wrapped in a rubber case. The case was in the shape of an "Elfoid" (pictured), a freaky rubber mini-baby with eyes and forearms but no hands or legs. The results showed that people were warmer, and spoke more candidly to a weird avatar than to a black smartphone slab.

People need the comfort and attachment that comes from their devices rather than pure sexual gratification. At least, that's the view of Dr. Penny Barber, who believes companionship is an often-overlooked element of the robotic-sex experience. She cited a controversial 1958 experiment in which psychologist Harry Harlow took infant primates from their mothers at birth. Those that lacked a flesh-and-blood parent would run toward and artificial surrogate that was "cuddly" even if it didn't provide food or security.

Another thing that we've yet to examine in any meaningful way is how the existence and proliferation of sex robots will alter our understanding of gender. Barber explained that the smartphone age is "playing out our understanding of attachment" and that "as a society, we are changing." Bristol University's Dr. Genevieve Lively agrees, saying "both men and women are inherently artificial creatures" because "we are all primates."

The event served to highlight just how many of these dry topics have already been well-discussed in pop culture. The Futurama episode "I Dated a Robot" explored the moral and social aspects of ditching humans in favor of screwing a mechanical celebrity avatar. Meanwhile, a recurring theme of Westworld questions if it's acceptable to abuse robots for our own pleasure if nobody's actually being harmed. The genetically engineered cow from The Hitchhiker's Guide to the Galaxy is bred to crave being eaten.

It's not as if these are the only examples, either, and Lively -- a classicist -- revealed that the world's first sex-robot story comes from Greek myth. She told the tale of Laodamia, widow of Protesialus, the first man to die in the Trojan war. Stricken with grief, she builds a replica of her late husband and, in Lively's understanding of the text, has sex with it. Lively points out that the most interesting thing about the tale is that "the very first story of a sex robot has a therapeutic quality to it."

On the subject of therapy, one of the more troubling questions that Dr. Oliver Bendel hinted at was the notion of using robots as a therapeutic aid. Barber mentioned that Real Dolls are sometimes purchased by therapists as a tool for helping people with communication difficulties. Bendel, however, was talking about the notion of offering mechanical surrogates as a substitute for human victims.

Imagine, for instance, that you, as a neutral third party, could end the sexual exploitation of people overnight. Would you do it? What if the mechanism for ending such suffering was to hand abusers a realistic sex robot for them to use instead? On one hand, the rest of us would sleep safely knowing that other people were no longer suffering, but we'd also have to deal with the fact that we used technology to quietly enable abhorrent behavior. Perhaps it is a pragmatic solution to a problem we cannot otherwise fully solve. "I don't like, personally, the idea of a child-like robot," Dr. Bendel was quick to add, "but we should ask doctors and psychologists, and if they are sure that they could help people, we could allow them as a therapy?" Seconds later, Devlin launched out of her seat to say that creating likeness of a child for sexual purposes is illegal, and that this legal situation isn't going to change in the future.

At a later panel, however, Dr. David Levy said that what's illegal in one country may not be the same as in another. After all, he added, "if the leader of North Korea wants to develop a sex robot, nobody's going to stop him." Not to mention, of course, the varying ages of consent in different countries that provide a nightmare for regulators attempting to prevent shipments of devices from, say, China, where the age of consent is 14.

If that question made you itchy, it might be because there's no easy answer. Even so, it's these sort of uncomfortable questions that we need to tackle. Because if we don't, someone else will.