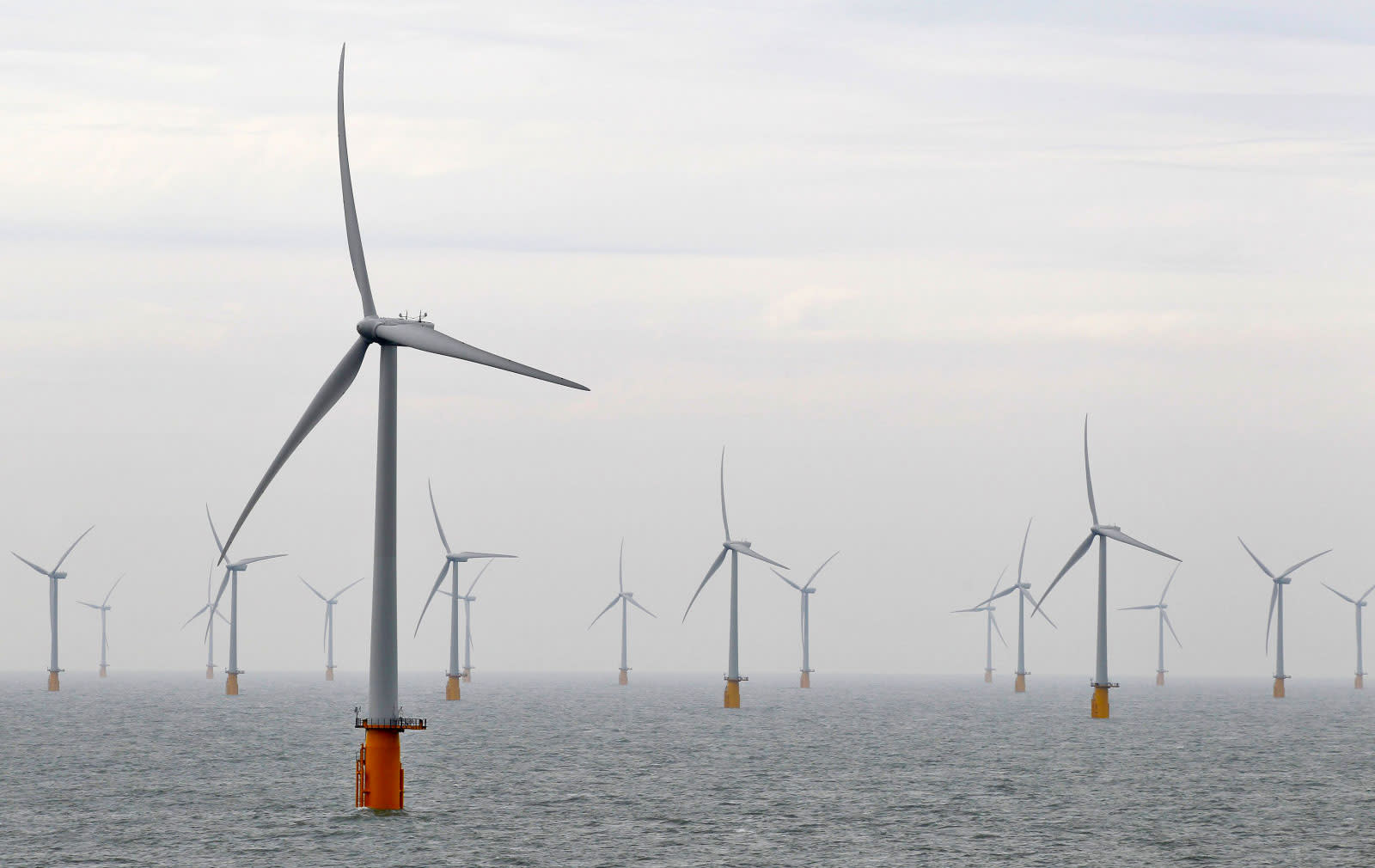 A record 50 percent of the UK's electricity was generated from renewables and other low carbon energy sources in the third quarter of 2016. That's up from 45.3 percent the year prior, a milestone fuelled by a sizeable increase in wind, solar and nuclear energy. A neat quarter came from renewables, including hydroelectric, while the other 25 percent was sourced from nuclear reactors. According to the UK government, the growth in green energy can be attributed, at least in part, to "improved weather conditions" across the UK, including higher wind speeds, increased rainfall and longer stretches of sunlight (though I don't remember that last one happening).

The rise in green energy production was mirrored by a drop off in coal production, as the UK government seeks to abandon the source entirely by 2025. Longannet power station, located in Scotland's Fife county, closed in March. Ferrybridge C power station, based in West Yorkshire, shut down a few days later after 50 years of operation. Only nine coal-fired power stations are now generating electricity. The shift is important if the UK is to meet its 2020 renewable energy targets. Ministers on the Energy and Climate Change Committee (ECC) warned the government in September that it's likely to miss its goal "without major policy improvements."

There are fears that the solar surge will soon dry up, too. The government slashed its payback scheme for feeding electricity back into the grid by 65 percent in late 2015 (the original plan was to cut it by 87 percent). The move "shattered" confidence in the sector and triggered a wave of job losses, according to Greenpeace. Solar advocates are now criticising a proposed tax change for commercial rooftop solar installations. It would affect hospitals, schools and small businesses, increasing their taxes by six or eight times. "In some cases, it would actually send installations into negative returns," Paul Barwell, CEO of the Solar Trade Association said.

Still, the UK seems to be moving in the right direction. An offshore kite farm (yes, kites) is being planned for Scotland, capable of generating "several hundred megawatts" by 2025. Two of the world's largest offshore wind farms, near Cumbria and Grimsby, are also in the works. Should they go ahead, Britain's dependency on fossil fuels will fall even further.

In this article: britain, coal, green, greenenergy, lowcarbon, nuclear, offshore, offshorewind, renewableenergy, renewables, science, scotland, solar
All products recommended by Engadget are selected by our editorial team, independent of our parent company. Some of our stories include affiliate links. If you buy something through one of these links, we may earn an affiliate commission.