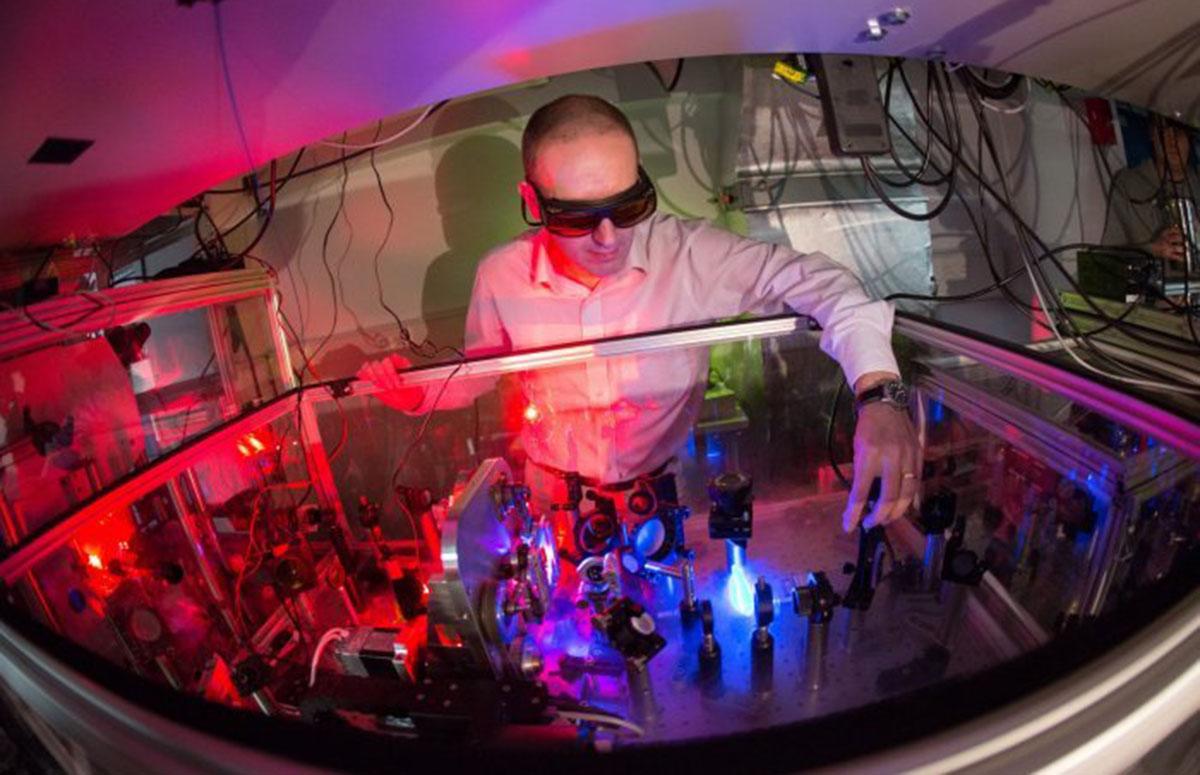 Using ultra-rapid lasers, researchers have created the first "movie" of photosynthesis chemical reactions that shows exactly how fast they happen. The finding proves that a key process that strips electrons from water, starting the conversion of solar into chemical energy, happens more quickly than previously thought. "We can now see how nature has optimized the physics of converting light energy to fuel," says study author Jasper van Thor. The work could help scientists improve artificial photosynthesis to produce biofuels more efficiently.

The researchers from Imperial College London wanted to find out exactly how fast the so-called Photosystem II enzyme reaction works. That process, which splits water into hydrogen and oxygen, was thought to be the bottleneck, or slowest part of photosynthesis. In contrast, the first part of photosynthesis, where light is harvested by an "antenna complex" of proteins and clorophyll molecules, was thought to be faster.

Can we mimic it or tune it to make artificial photosynthesis more efficient? These questions, and many others, can now be explored.

Slow and fast are relative terms here, because the process actually happens in picoseconds, or trillionths of a second. To measure it more precisely, scientists first created crystals of the Photosystem II enzyme, then zapped them with a sophisticated laser system. The process, which was developed in collaboration with the University of Wisconsin-Milwaukee, is described in an earlier paper.

Using infrared spectroscopy, the team was able to measure electron movements across tiny parts of the system to see when energy was transferred. Their measurements proved that the water-splitting process happens more quickly than the antenna complex light harvesting, a result that upends decades of teachings. "We can now show that what I was lectured as an undergraduate in the 1990s is no longer supported," van Thor says.

Furthermore, the team has essentially created a movie of key parts of the photosynthesis process, which lasts just a few nanoseconds (billionths of a second). This lets scientists understand what the molecule is doing in very small time slices during the process, helping them better understand and even improve it. "Can we mimic it or tune it to make artificial photosynthesis more efficient? These questions, and many others, can now be explored," says van Thor.

In this article: ChemicalReaction, EnergyTransfer, Enzyme, green, Photosynthesis, PhotosystemII, Plants, science
All products recommended by Engadget are selected by our editorial team, independent of our parent company. Some of our stories include affiliate links. If you buy something through one of these links, we may earn an affiliate commission.