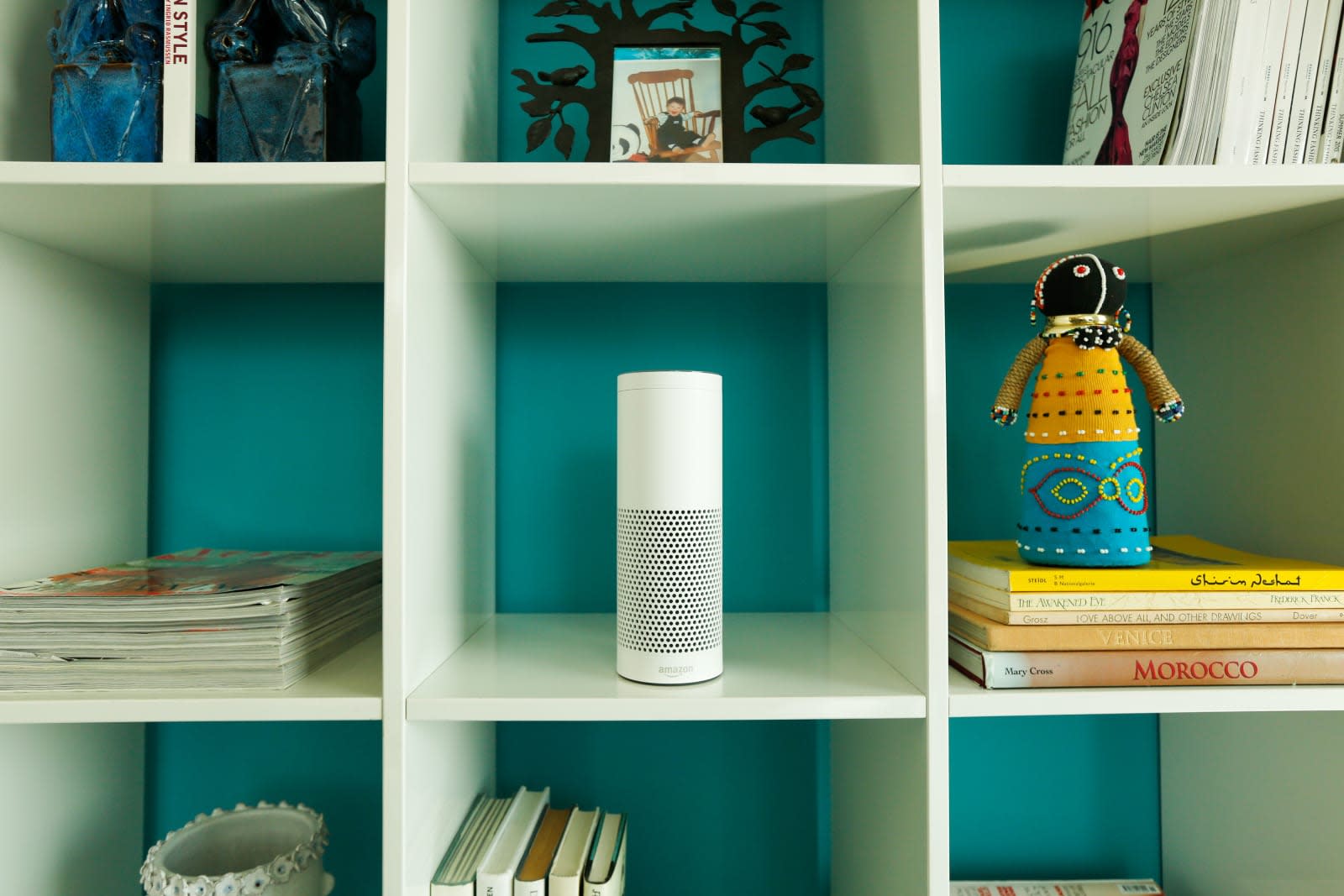 Amazon's Echo devices and its virtual assistant are meant to help find answers by listening for your voice commands. However, police in Arkansas want to know if one of the gadgets overheard something that can help with a murder case. According to The Information, authorities in Bentonville issued a warrant for Amazon to hand over any audio or records from an Echo belonging to James Andrew Bates. Bates is set to go to trial for first-degree murder for the death of Victor Collins next year.

Amazon declined to give police any of the information that the Echo logged on its servers, but it did hand over Bates' account details and purchases. Police say they were able to pull data off of the speaker, but it's unclear what info they were able to access. Due to the so-called always on nature of the connected device, the authorities are after any audio the speaker may have picked up that night. Sure, the Echo is activated by certain words, but it's not uncommon for the IoT gadget to be alerted to listen by accident.

Police say Bates had several other smart home devices, including a water meter. That piece of tech shows that 140 gallons of water were used between 1AM and 3AM the night Collins was found dead in Bates' hot tub. Investigators allege the water was used to wash away evidence of what happened off of the patio. The examination of the water meter and the request for stored Echo information raises a bigger question about privacy. At a time when we have any number of devices tracking and automating our habits at home, should that information be used against us in criminal cases?

Bates' attorney argues that it shouldn't. "You have an expectation of privacy in your home, and I have a big problem that law enforcement can use the technology that advances our quality of life against us," defense attorney Kimberly Weber said. Of course, there's also the question of how reliable information is from smart home devices. Accuracy can be an issue for any number of IoT gadgets. However, an audio recording would seemingly be a solid piece of evidence, if released.

Just as we saw with the quest to unlock an iPhone in the San Bernardino case, it will be interesting to see how authorities and the companies who make smart home devices work out the tension between serving customers, maintaining privacy and pursuing justice.

Update: An Amazon spokesperson gave Engadget the following statement on the matter:

"Amazon will not release customer information without a valid and binding legal demand properly served on us. Amazon objects to overbroad or otherwise inappropriate demands as a matter of course."

As a refresher, Echo only captures audio and streams it to the cloud when the device hears the wake word "Alexa." A ring on the top of the device turns blue to give a visual indication that audio is being recorded. Those clips, or "utterances" as the company calls them, are stored in the cloud until a customer deletes them either individually or all at once. When that's done, the "utterances" are permanently deleted. What's more, the microphones on an Echo device can be manually turned off at any time.

In this article: amazon, amazonecho, case, culture, death, echo, gear, investigation, police, privacy, security, warrant
All products recommended by Engadget are selected by our editorial team, independent of our parent company. Some of our stories include affiliate links. If you buy something through one of these links, we may earn an affiliate commission.