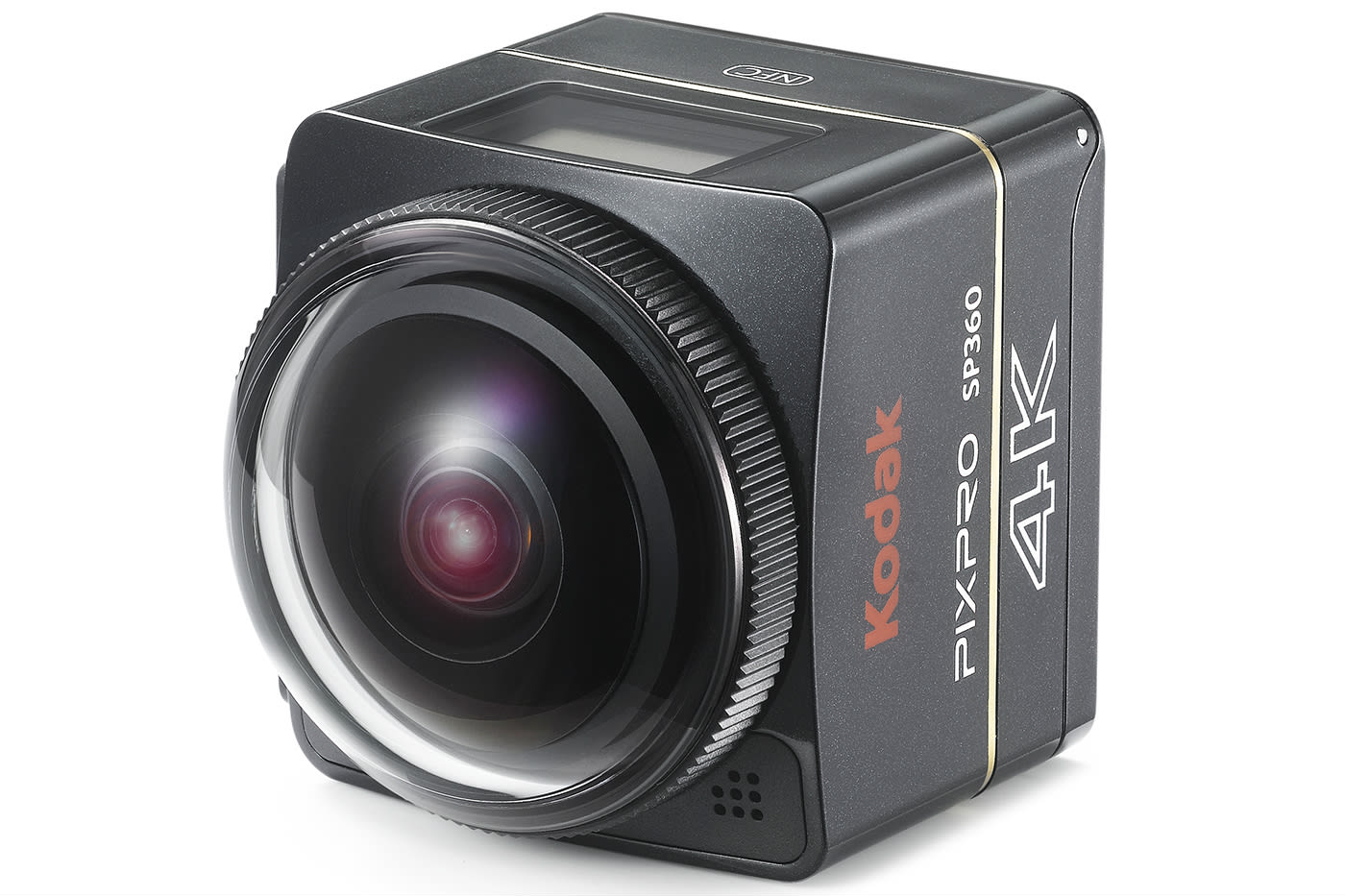 Spherical videos have been on Facebook and YouTube for a while now, but they're little more than a novelty. The medium should take on new meaning this year, however, once high-end VR headsets are on the market, which is why Kodak is introducing a 4K action camera today. A successor to the SP360, it's a petite cube with a 12.4-megapixel sensor and a dome-ish lens boasting a 235-degree field of view. It's designed for VR filmmakers and records in two modes -- "global," which captures an almost spherical image 360-degrees horizontally and 235-degrees vertically, or "front," which offers a more traditional wide-angle panorama in 16:9.

The "global" footage comes in a 1:1 aspect ratio, with a maximum resolution of 2880 x 2880 and 30 frames per second. In "front" mode, however, you can crank it up further to 4K (3840 x 2160). To make a truly spherical and VR-friendly film, you'll need to place two of these cameras back-to-back. (Unlike Nikon's rugged KeyMission 360.) Kodak will be selling a convenient double-pack which comes with a dual-camera mount and software to stitch the two feeds together. As you might expect, the SP360 4K also supports an array of lower-resolution video formats and still image modes. There's built-in WiFi connectivity too, which lets you control the camera remotely using an iOS or Android device.

A single camera costs $499, while the aforementioned double-pack is priced at $899. Compared to Google and GoPro's $15,000 Jump rig, it's certainly a more wallet-friendly option for early VR content creators.

Source: Kodak SP360 4K
In this article: actioncam, actioncamera, cameras, ces2016, gadgetry, gadgets, gear, kodak, sp360, sp3604k, virtualreality, vr
All products recommended by Engadget are selected by our editorial team, independent of our parent company. Some of our stories include affiliate links. If you buy something through one of these links, we may earn an affiliate commission.