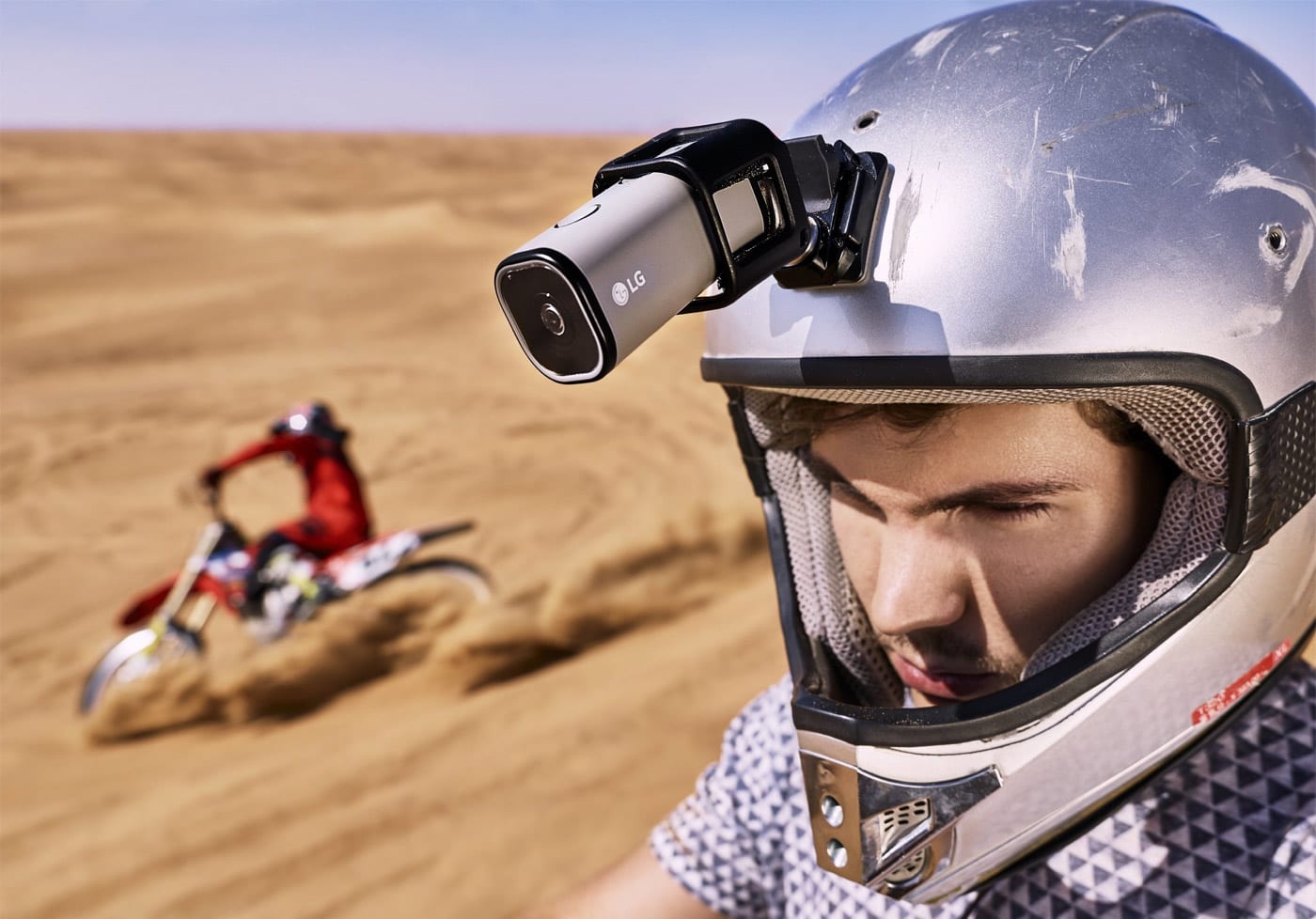 LG has made an action camera that can live stream to YouTube (or anywhere else) without a phone or WiFi. The LG Action CAM LTE (clearly, hours spent on the name) has onboard 4G to beam video direct to the web. The camera itself looks like an elongated GoPro Hero4 Session (and, weirdly, that frame and quick release pictured look like they actually are from the Hero range). Unlike GoPro cameras, though, LG's Action CAM has built-in GPS and motion sensors -- much like the Garmin, or TomTom action cameras. This means you'll be able to record where your footage was taken, gather metrics or easily find video highlights later.

The Action CAM's 12-megapixel sensor shoots 4K/UHD at 30 frames per second (fps), 1080p at 60fps and for extra slo-mo, there's a 120 fps option at 720p. If you're hoping to make use of the cellular livestreaming, then you're limited to 720p at 30 fps. That cell connection isn't the only way to get video out of the camera though. The Action CAM supports memory cards up to 2TB, and there's built in WiFi and Bluetooth too (plus good old USB of course).

LG says the Action CAM is part of its "Friend" line of accessories, which it launched in Barcelona earlier this year with the LG G5, although there are no specifics about how it actually fits in with the rest of the line (especially as it doesn't need to borrow the phone's data connection). It's likely that you'll be able to use a handset as a viewfinder though. The Action CAM is also waterproof to one meter for 30 minutes without a case, so you'll definitely not want your phone with it then (we also imagine this hinders livestreaming).

On paper, the Action CAM seems to offer more features than most of its rivals. GoPro cameras don't have motion sensors, and there are very few with livestreaming built in right now. GoPro gets around this by native support for Periscope, but that still requires you have your phone within WiFi reach. We can't tell you if this makes LG's camera a worthy rival just yet, as we have no idea about price, data costs and even where it'll be available beyond South Korea next month, followed by the US and Europe later.

Source: LG
In this article: 4k, actioncam, cameras, gadgetry, gadgets, gear, lg, lgactioncam, lte, wireless
All products recommended by Engadget are selected by our editorial team, independent of our parent company. Some of our stories include affiliate links. If you buy something through one of these links, we may earn an affiliate commission.