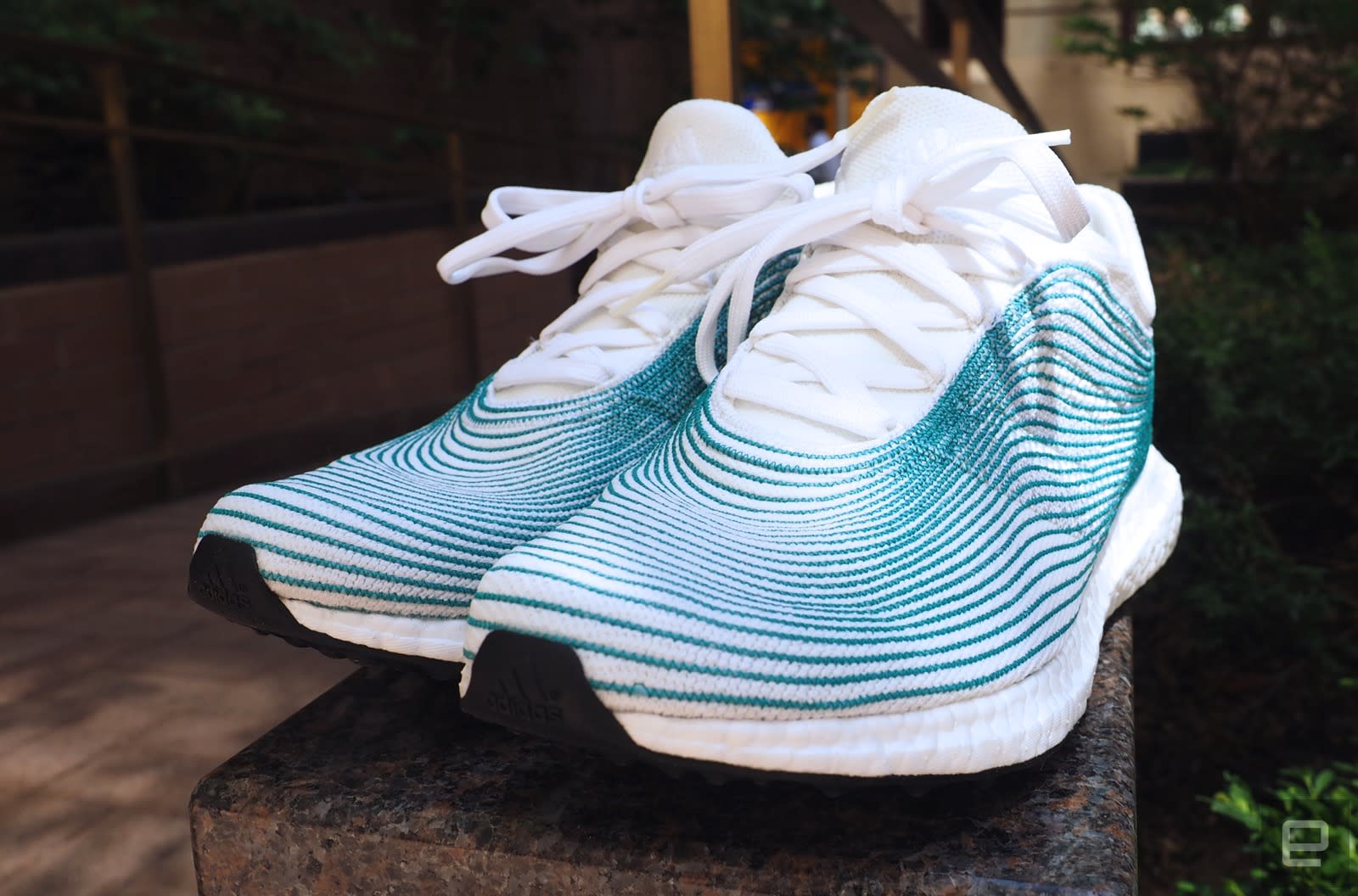 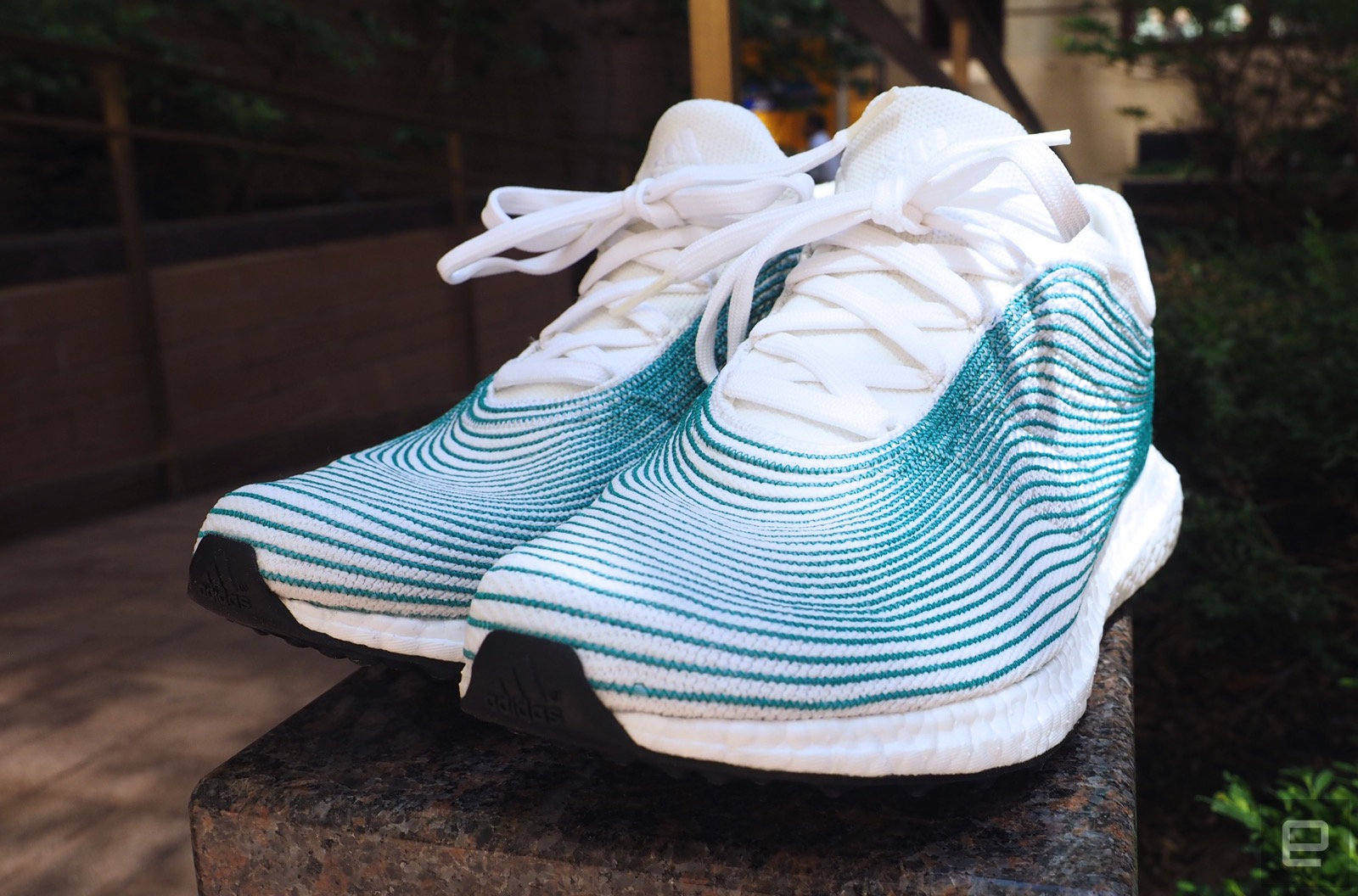 There's a strong momentum behind the Adidas brand right now. That's largely due to the increasing popularity of the company's running and lifestyle products, with Kanye West's Yeezy line being chief among them. Still, amid its flourishing business, Adidas is spending resources on experimental designs that probably won't have mass-market appeal. Case in point: the sneaker collaboration with Parley, which was done in honor of World Oceans Day last month. As a running shoe, the Adidas x Parley isn't your average silhouette. That's because it features an upper made from recycled ocean waste -- specifically, Parley Ocean Plastic. It also incorporates illegal deep-sea gill nets retrieved by the nonprofit Sea Shepherd, whose mission is to protect sea life in the Southern Ocean. The midsole, meanwhile, makes use of Adidas' flagship Ultra Boost technology, which gives it a familiar look and comfortable feel, despite its unusual materials.

While the Adidas x Parley is a limited-edition shoe, the company says the idea is to turn ocean plastic into technical yarn fiber for other future products. Until then, only 50 pairs of Adidas x Parley will be made; to get one, you have to enter a contest on social media, wherein you upload a video to Instagram and describe how you plan to support Parley's Ocean Plastic program. 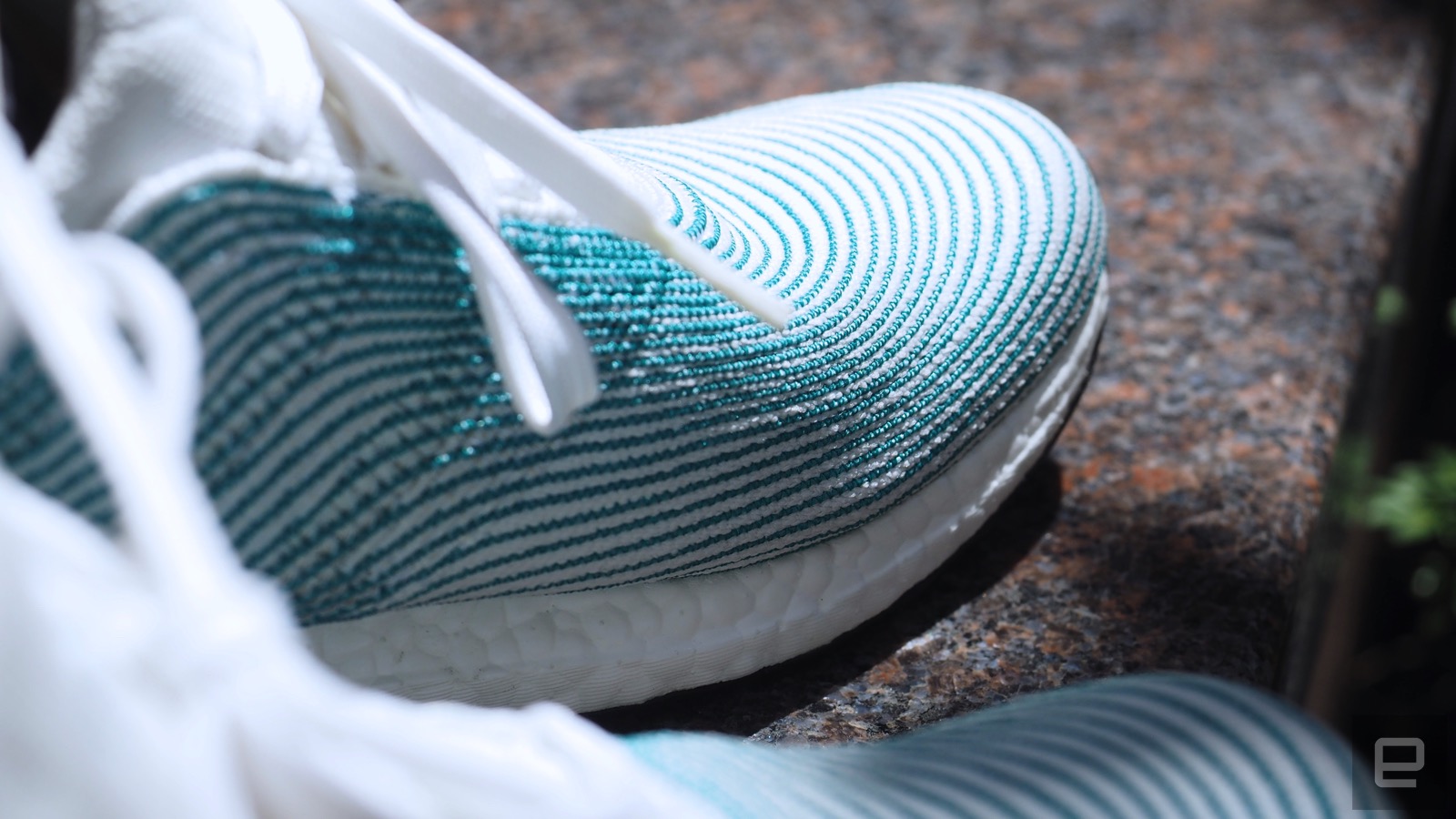 This isn't the first time the two organizations have worked together. Last year, Adidas revealed another design in collaboration with Parley, although that sneaker's main detail was a 3D-printed midsole, also created from ocean plastic waste.

Unsurprisingly, thanks to its unusual appearance, the Adidas x Parley turns some heads on the streets. During my photo shoot with the sneaker, almost a dozen bystanders came over and asked, "What kind of shoes are those?" After I replied, sharing details of the materials used to create them, most people wanted to know when they can buy them.

Unfortunately, I had to be the bearer of bad news: The shoes probably won't be sold at Foot Locker anytime soon.

In this article: adidas, culture, design, hands-on, oceanplastic, parley, recycling, runningshoes, shoes, sneakers, sustainability, wearables
All products recommended by Engadget are selected by our editorial team, independent of our parent company. Some of our stories include affiliate links. If you buy something through one of these links, we may earn an affiliate commission.