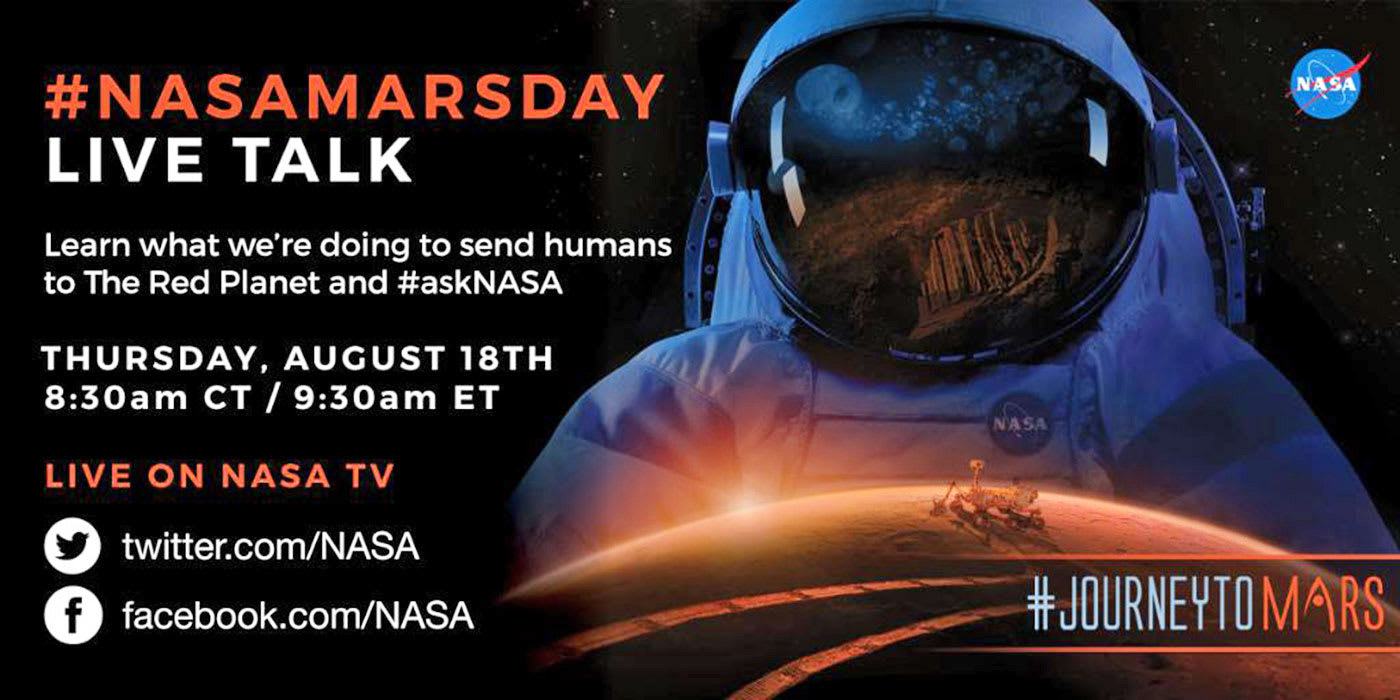 NASA has a ton of Mars-related projects that it hopes would culminate in sending humans to the red planet within the next 25 years. There's the stationary InSight lander that it plans to launch in 2018 and the next-gen rover that will succeed Curiosity scheduled for 2020. Since it can all be a bit overwhelming, the space agency will entertain your questions about its Martian dreams on Facebook and Twitter today (August 18th), starting at 9:30AM Eastern time. You simply have to add hashtag #askNASA to your posts.

You can watch a panel of the agency's directors, administrators and astronauts answer your questions during a live broadcast aired on NASA TV and Periscope. But if you can't stay glued to a livestream, you can also catch snippets of the event via Snapchat and Instagram Stories. Besides the social media Q&A, the agency will also show off various projects housed at its Michoud Assembly Facility in New Orleans on Facebook Live, starting at 1:30PM.

NASA will then end the event by test firing an RS-25 engine for seven-and-a-half minutes. To watch that part, just fire up NASA TV again when the clock strikes 6PM. The agency will showcase an RS-25 in action because the engine was designed to power the Space Launch System -- NASA's biggest and most powerful rocket yet that will carry its Orion capsule to the red planet and other deep space destinations.

Source: NASA
In this article: mars, nasa, science, social, space
All products recommended by Engadget are selected by our editorial team, independent of our parent company. Some of our stories include affiliate links. If you buy something through one of these links, we may earn an affiliate commission.