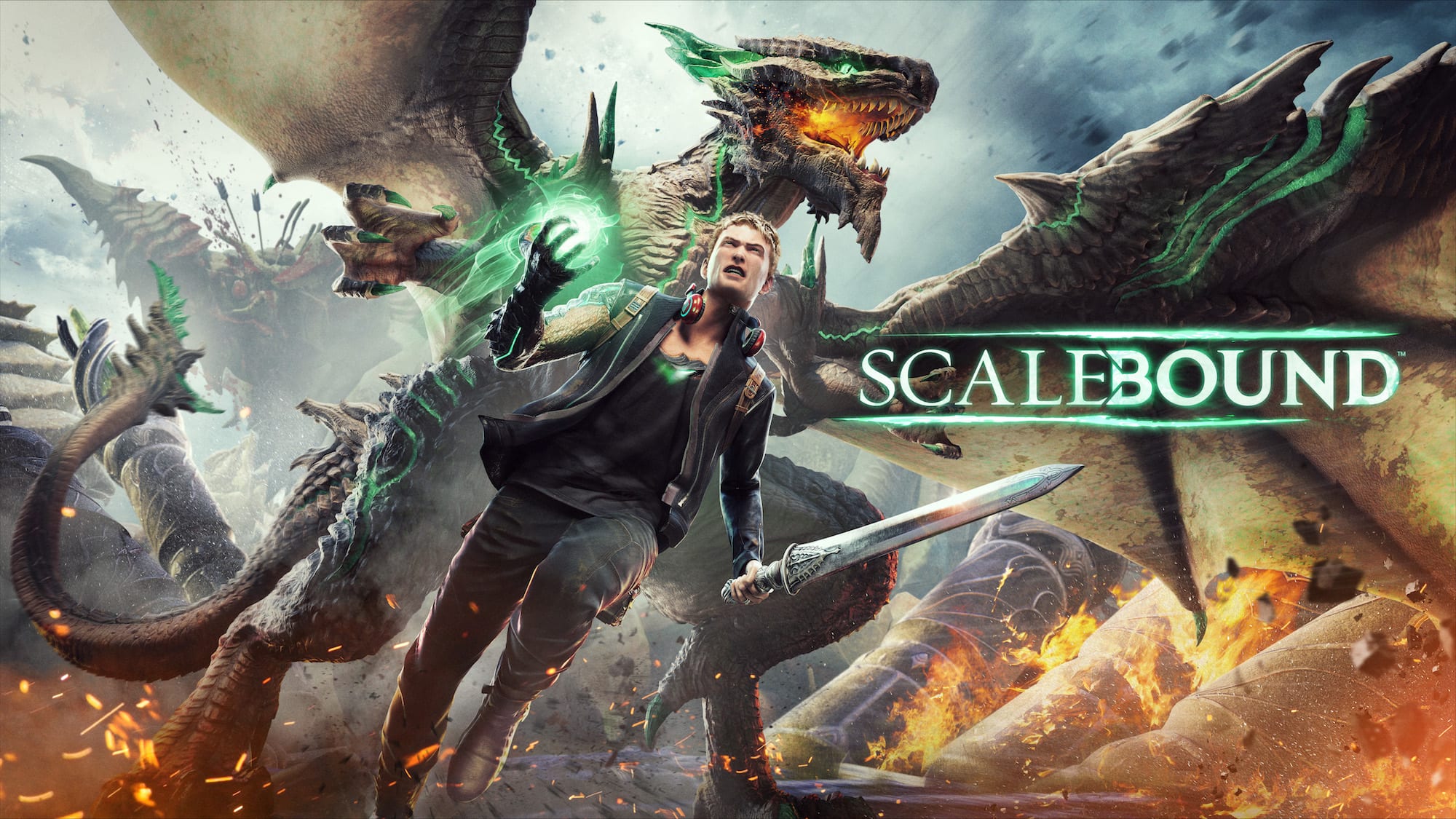 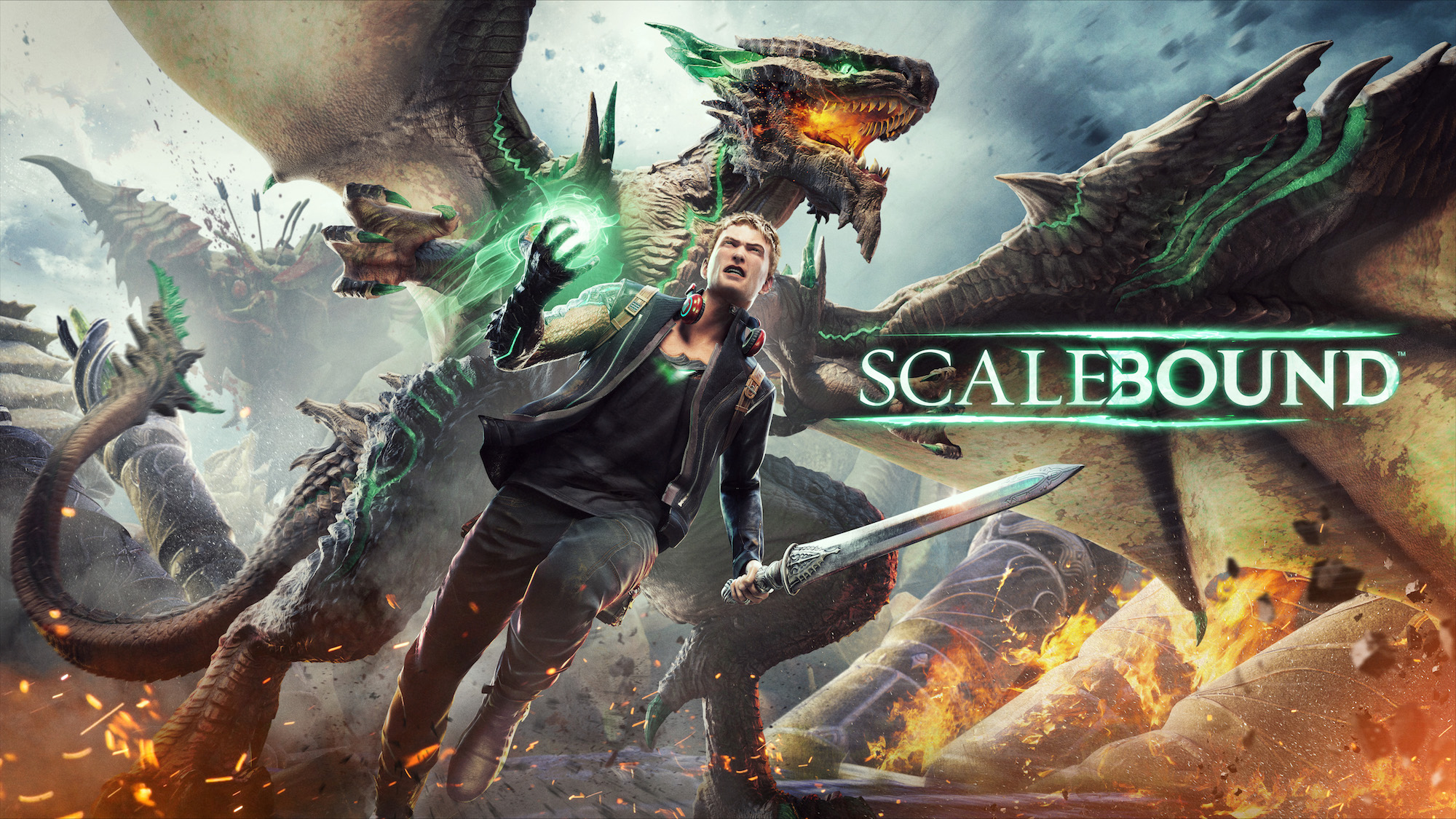 Scalebound is one of my most anticipated Xbox One games. It's a classic Platinum title, mixing over-the-top, combo-heavy combat with a gargantuan dragon that's willing to help you out in a pinch. Throw in a strange, luscious new world and some enormous, fantastical enemies, and you have a game that oozes both style and substance. Last year at Gamescom, Platinum founder Hideki Kamiya teased that players would be able to customize their dragons over the course of the campaign. Now, he's explained exactly how that will work. And, oh boy, am I excited. 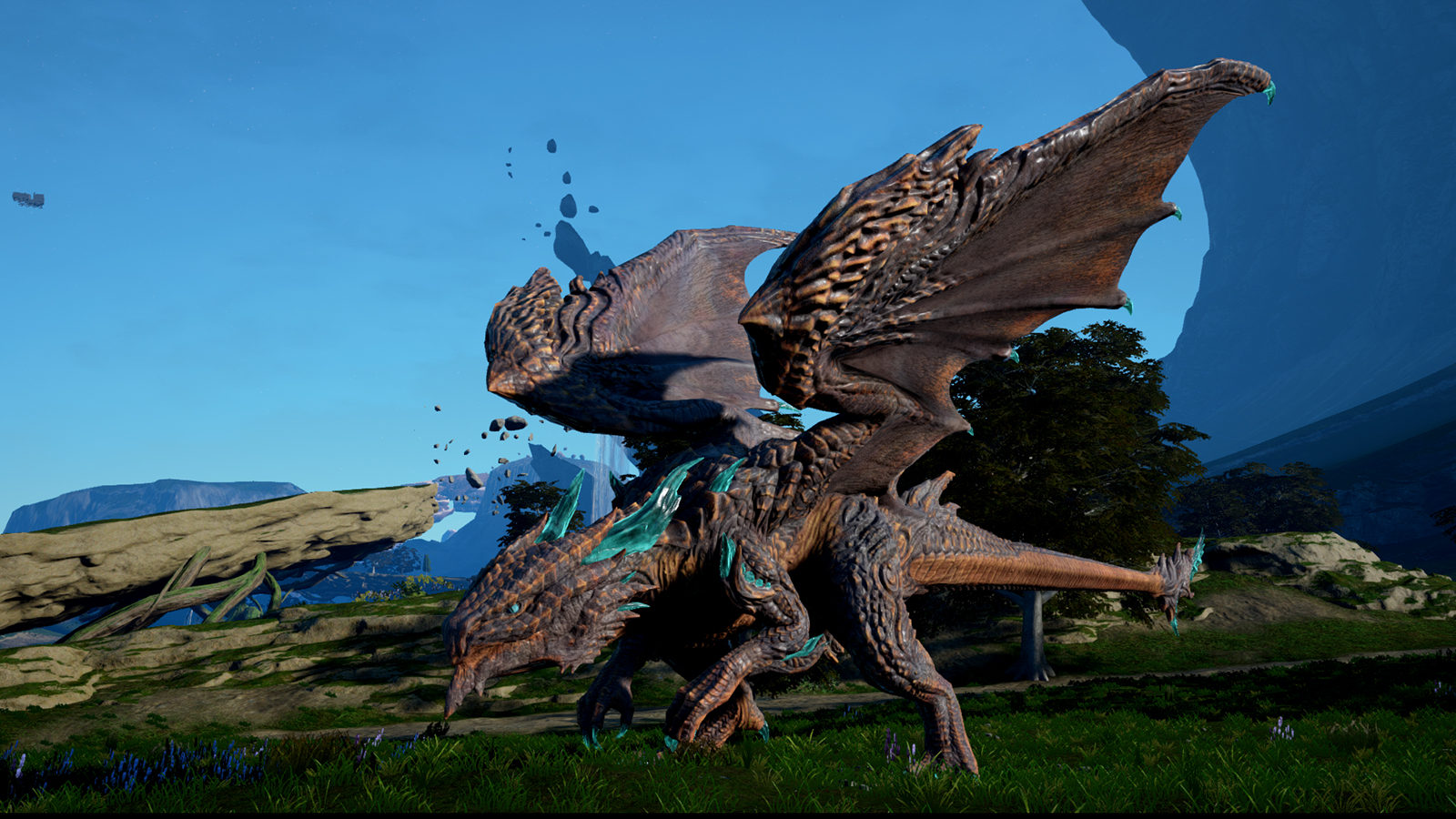 For starters, there are three core dragon types to consider: the "rex," a two-legged all-rounder that's been shown in most of the trailers; a stout "tank" class that shuffles around on all fours; and a "wyvern" type that's particularly agile in the air. As you battle through Draconis, you'll pick up gems that can be spent on your dragon, Thuban, at designated shrines. You can pick a class and stick to a single track, accentuating its strengths and weakness, or choose to "morph" into one of the other two forms. As you upgrade and slowly shift toward the other two dragon-type classes, you'll build on Thuban's existing stats with some vastly different attributes.

"The customization is so deep that you're going to be able to create your own play style in a dragon."

The idea is that you can fine-tune Thuban to fit your particular play style. You might want a tank-type dragon, but with a little more speed that's usually reserved for the wyvern. Or a robust rex with some extra defensive capabilities pulled from the tank class. Each form has a trade-off -- a thicker-skinned wyvern might be slower to attack, for instance -- so the player is encouraged to continually adjust her build. 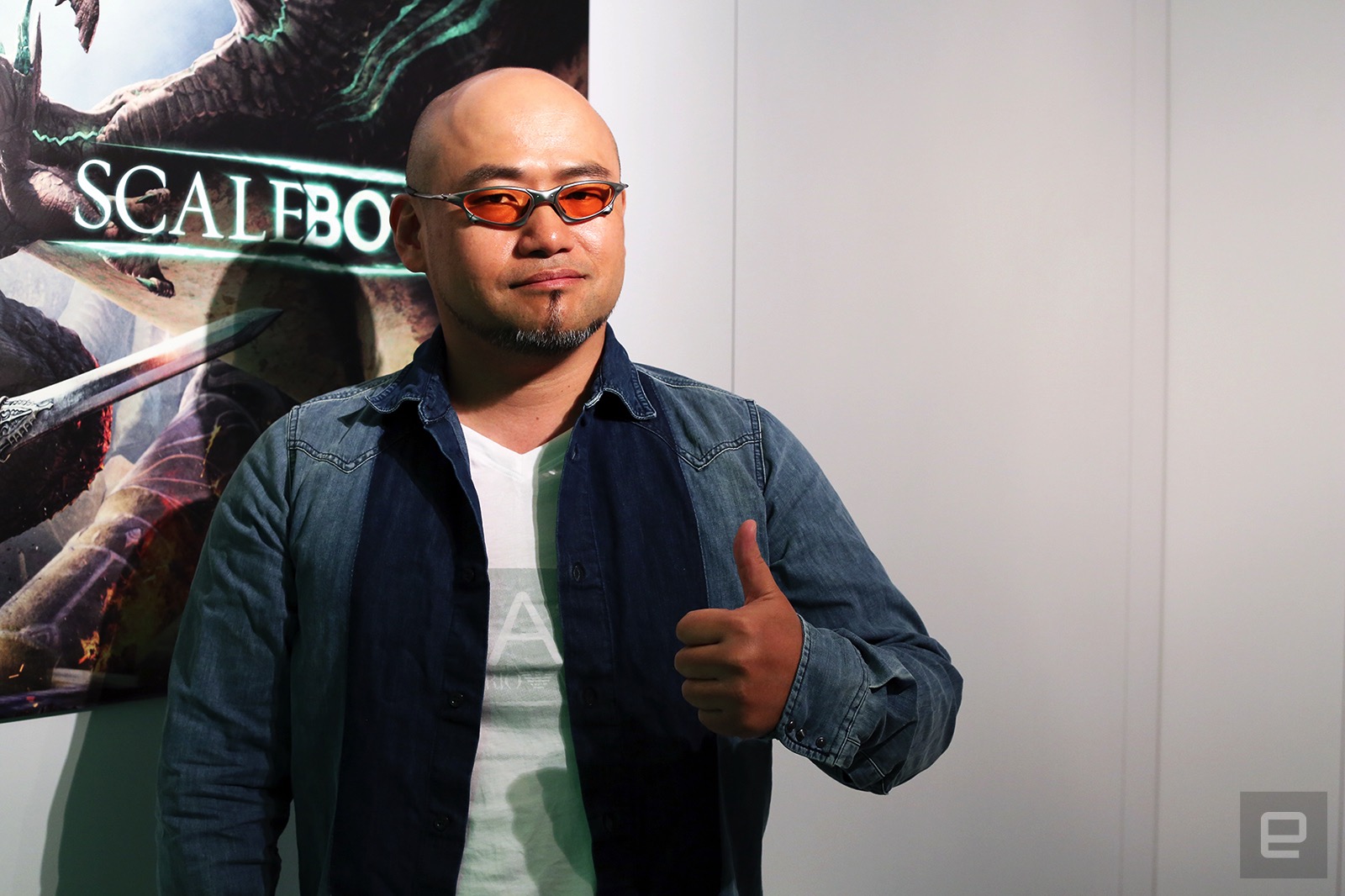 "You're welcome to go down one path and develop it in that way, but there are all these intermediary sorts of states where you can create your own dragon," Kamiya (speaking through an interpreter) told me at Gamescom. "That's really where the fun lies. The customization is so deep that you're going to be able to create your own play style in a dragon."

The game's human hero, Drew, shares his life force with Thuban. To inflict more damage, he can enter a "dragon form," which covers his body in strange scales and a leathery, wing-like cape. Thuban has a similar "beserker" mode that can be activated periodically in combat. The nature of this form can be tweaked at the dragon shrine using unlockable "parts." They'll change the look of your dragon -- Kamiya showed some examples that had sharper horns and claws. Most parts will inject your dragon with elemental qualities, allow you to deal more damage or inflict a temporary stun (an ice buff will freeze your opponent, for instance). 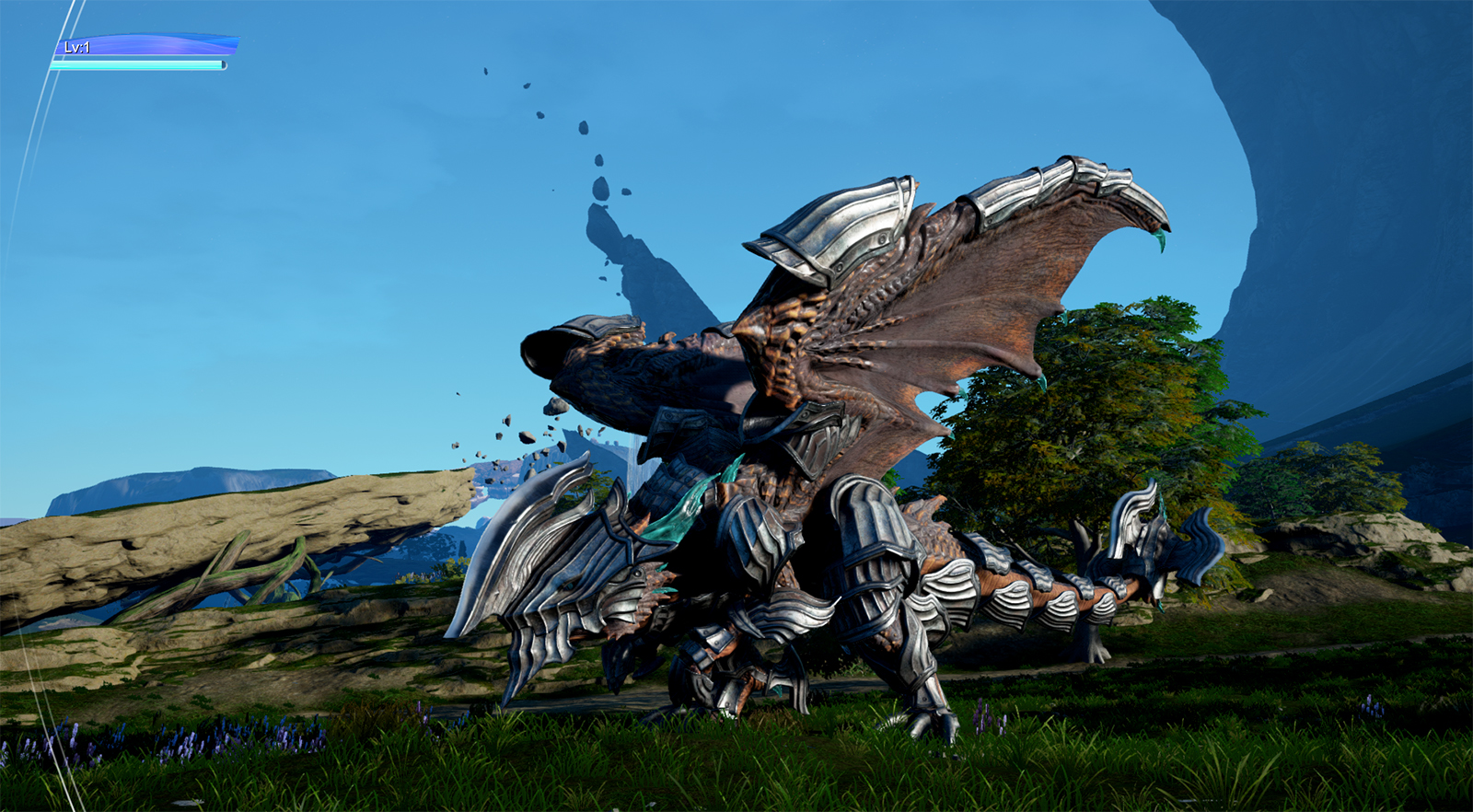 With your gems depleted, you'll want to move onto armor. These sets are human-made and purchased with a currency that's picked up from fleshy foes and completing side quests. Jean Pierre Kellams, creative producer at Platinum, said you'll use these to "cover up" any remaining weaknesses that your dragon might have. Most are defense oriented, but a few will also have offensive capabilities, adding more complexity to your build.

More importantly, they look totally badass. The different armor styles include some samurai-inspired plates and a traditional, high-fantasy knight set. You can apply this armor to five different places on your dragon, and Platinum says you're free to mix and match the parts. The downside is that armor will slowly degrade in combat. If you like a particular set, you'll need to watch its durability and make repairs when necessary.

"We want to make a clean distinction," Kellams explained. "Things that can break are human, and things that are permanent are this kind of organic dragon material." 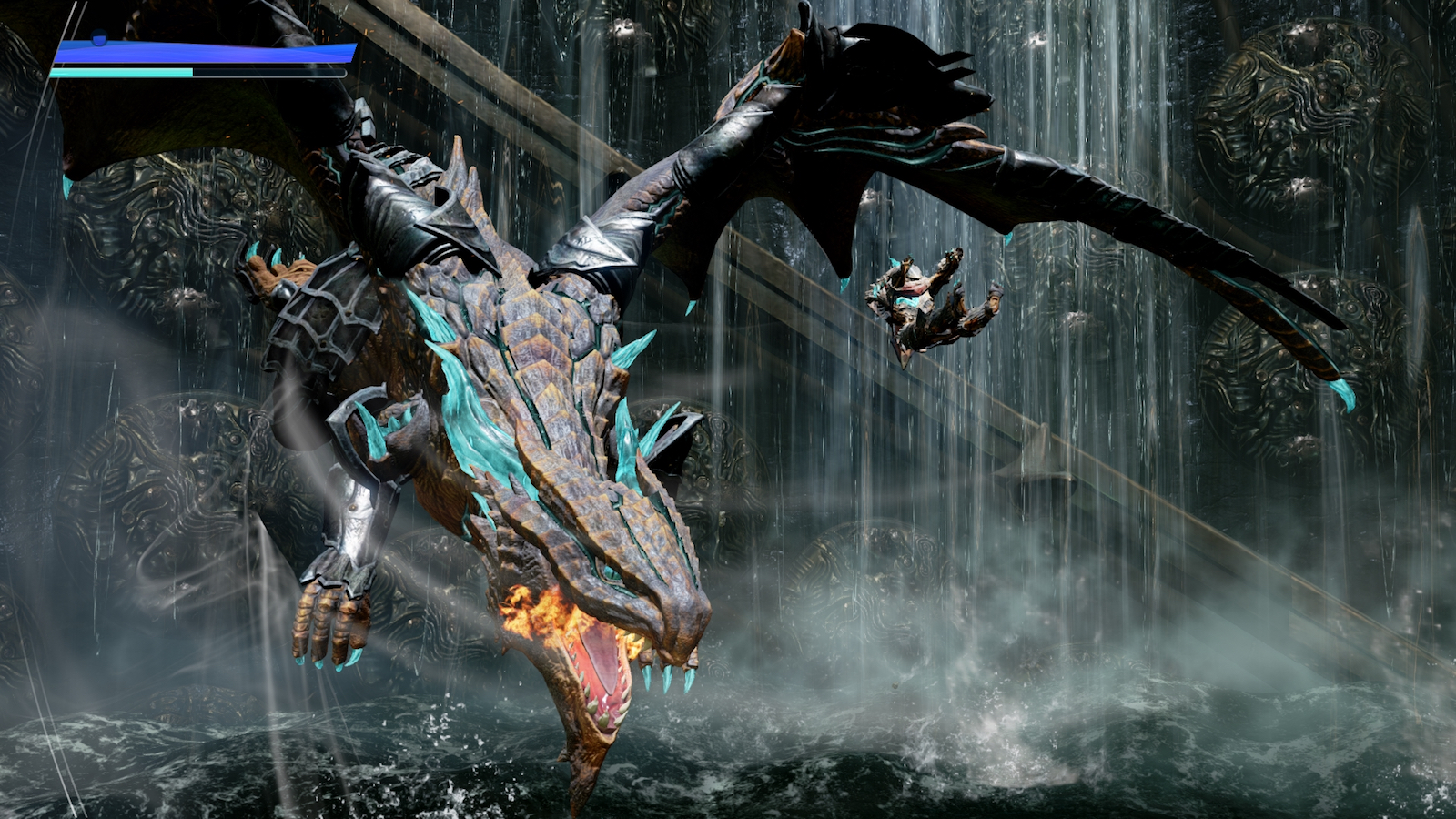 These customizations will be vital in combat. Platinum showed a new feature called "Dragon Link," which allows Drew to temporarily control Thuban. The camera will stay behind Drew, however, with important commands linked to face-buttons. Knowing your dragon's strengths and weaknesses, as well as its abilities in berserker mode, will allow you to stun and weaken enemies that would normally be too tough for Drew. To demonstrate, Kellams showed some gameplay footage of Thuban and Drew battling a large, gorilla-type enemy in a dungeon. The hero had to keep his distance and figure out when to activate Dragon Link -- doing so leaves him vulnerable to attack, which can be devastating in later boss battles.

"The subtle, incremental shifts that you make between the three forms should ensure that your creature is unique."

Dragon customizations will also play a role in co-op. At E3, the developer showed a trailer with four different heroes, flanked by their personal dragons, teaming up to take down a huge spider. Like a difficult raid in Destiny or World of Warcraft, your chances of success will improve if you have different dragon types. A wyvern can keep a boss occupied for instance, and aim for precise weak points, while a tank-type dragon takes the brunt of its most devastating attacks. Kellams says the game will ensure that you're matched with players that have chosen a different path for their dragon. Even if you team up with friends, however, you should find variety in both your dragons and the way you play.

"It's unlikely your three other friends are going to have the exact same dragon," Kellams explained. The subtle, incremental shifts that you make between the three forms should ensure that your creature is unique. "If you happen to be identical twins with very similar interests -- I suppose it's possible to hit the scenario that you're thinking of, but we want to make that a very, very rare case."

There's more to dragon customization, but Platinum is keeping the details a secret. That's understandable, given Scalebound is still deep in development. (It was delayed in January and now has a tentative 2017 release date.) For now, I'm happy to dream about my perfect dragon, and envision myself flying into battle like Khaleesi from Game of Thrones.

In this article: av, gamescom, gamescom2016, gaming, hands-on, microsoft, platinum, platinumgames, scalebound
All products recommended by Engadget are selected by our editorial team, independent of our parent company. Some of our stories include affiliate links. If you buy something through one of these links, we may earn an affiliate commission.