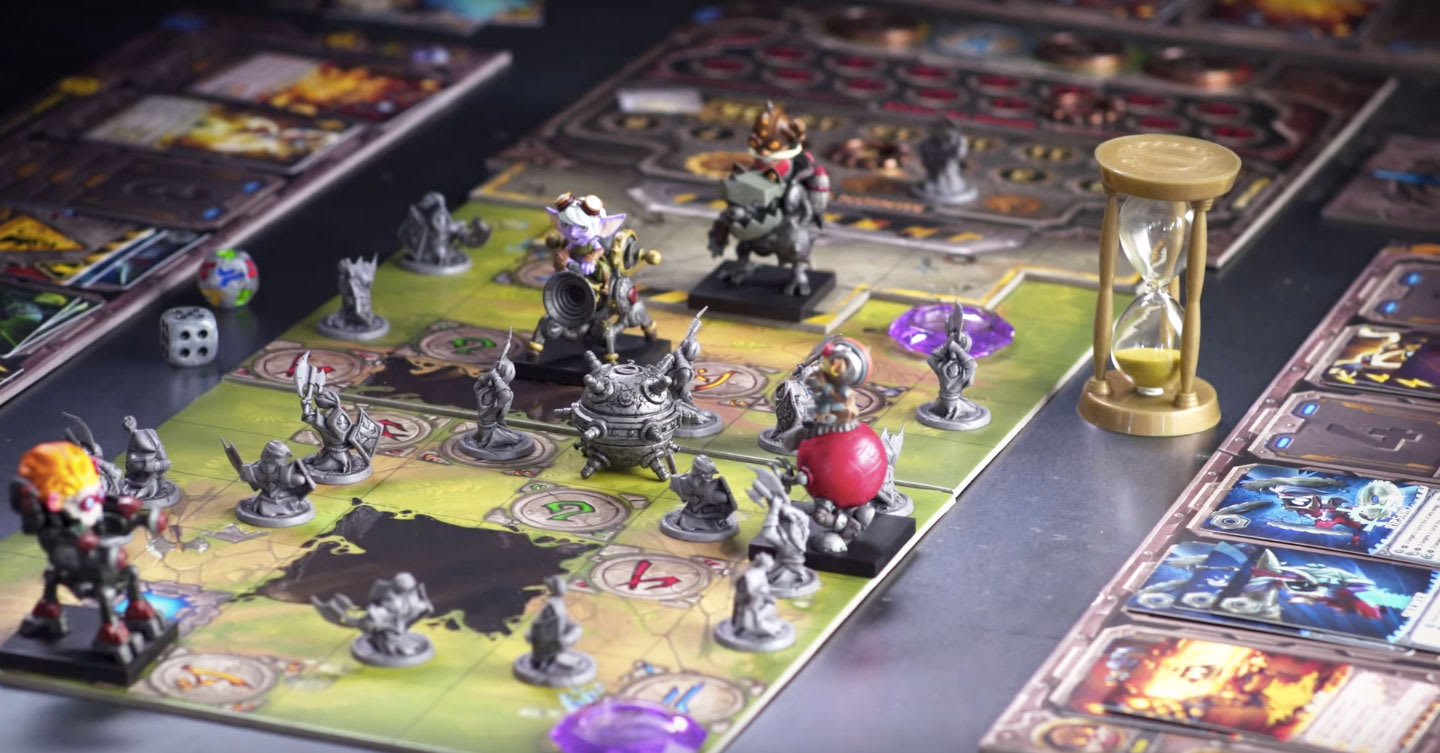 Riot Games is best known for League of Legends and now the developer-publisher is pushing into board games. Mechs Vs. Minions is the studio's debut effort, and it features miniatures, a modular board system, dice, a custom sand timer (think an hourglass, but on a smaller scale), quest cards and an overarching story. In addition to all that, there's a physically large mystery item locked away in the box, according to a feature article from Polygon.

"It's easily the most expensive piece in the game," producer Chris Cantrell says. He'd really like it if people held off on opening it until they're asked to do so over the course of a game, especially since the team made a point for it to not be the center of its marketing campaign. But, honestly, would you and three friends be able to resist?

Lucky for you, you don't have long to devise an answer to that question: Mechs Vs. Minions will be available on October 13th -- directly from Riot -- for $75. Hopefully you won't be too busy with PlayStation VR to order a copy.

Source: Polygon
Coverage: Gamasutra
In this article: boardgames, gaming, internet, leagueoflegends, mechsvsminions, riot, riotgames, tabletopgames, video
All products recommended by Engadget are selected by our editorial team, independent of our parent company. Some of our stories include affiliate links. If you buy something through one of these links, we may earn an affiliate commission.