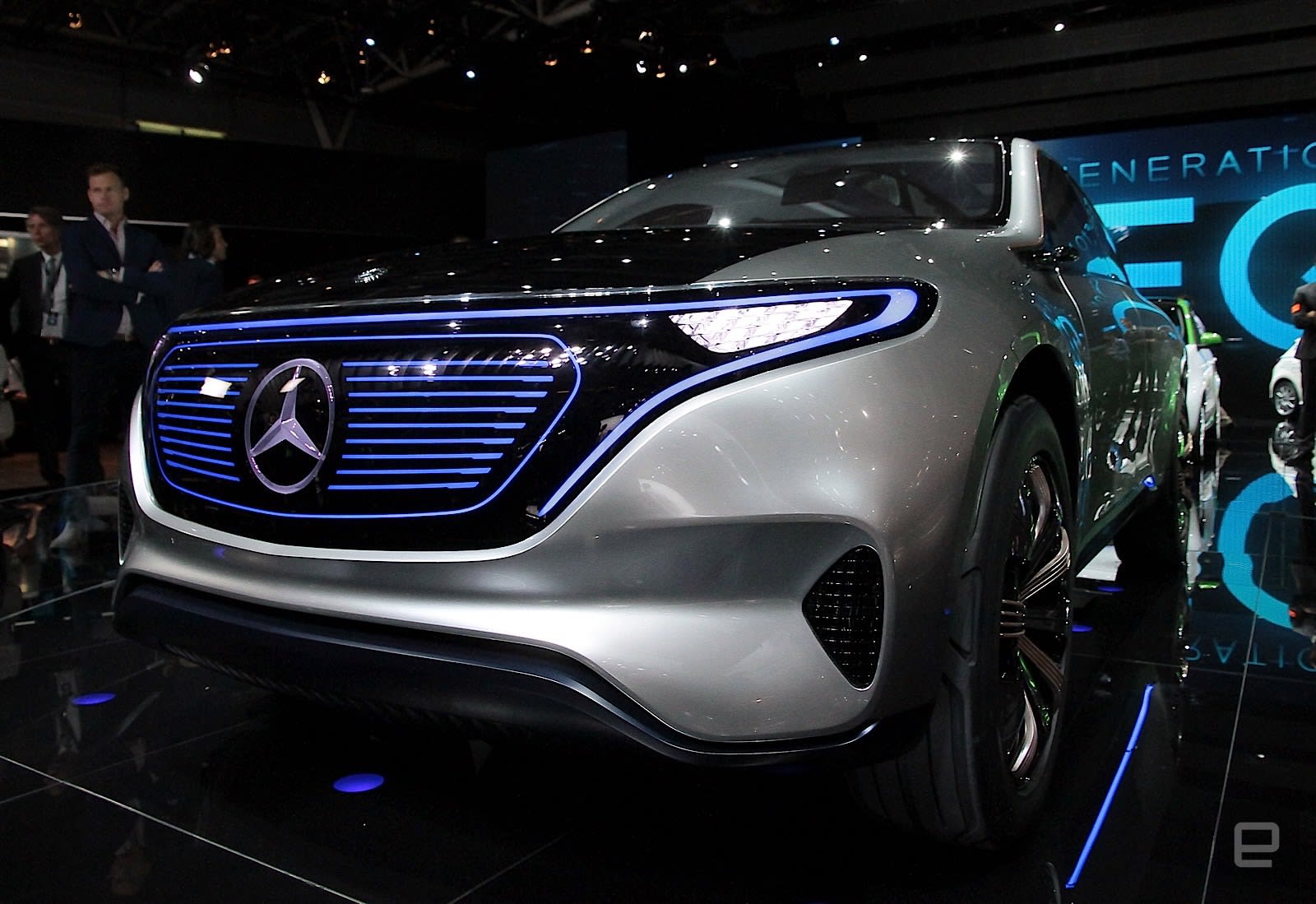 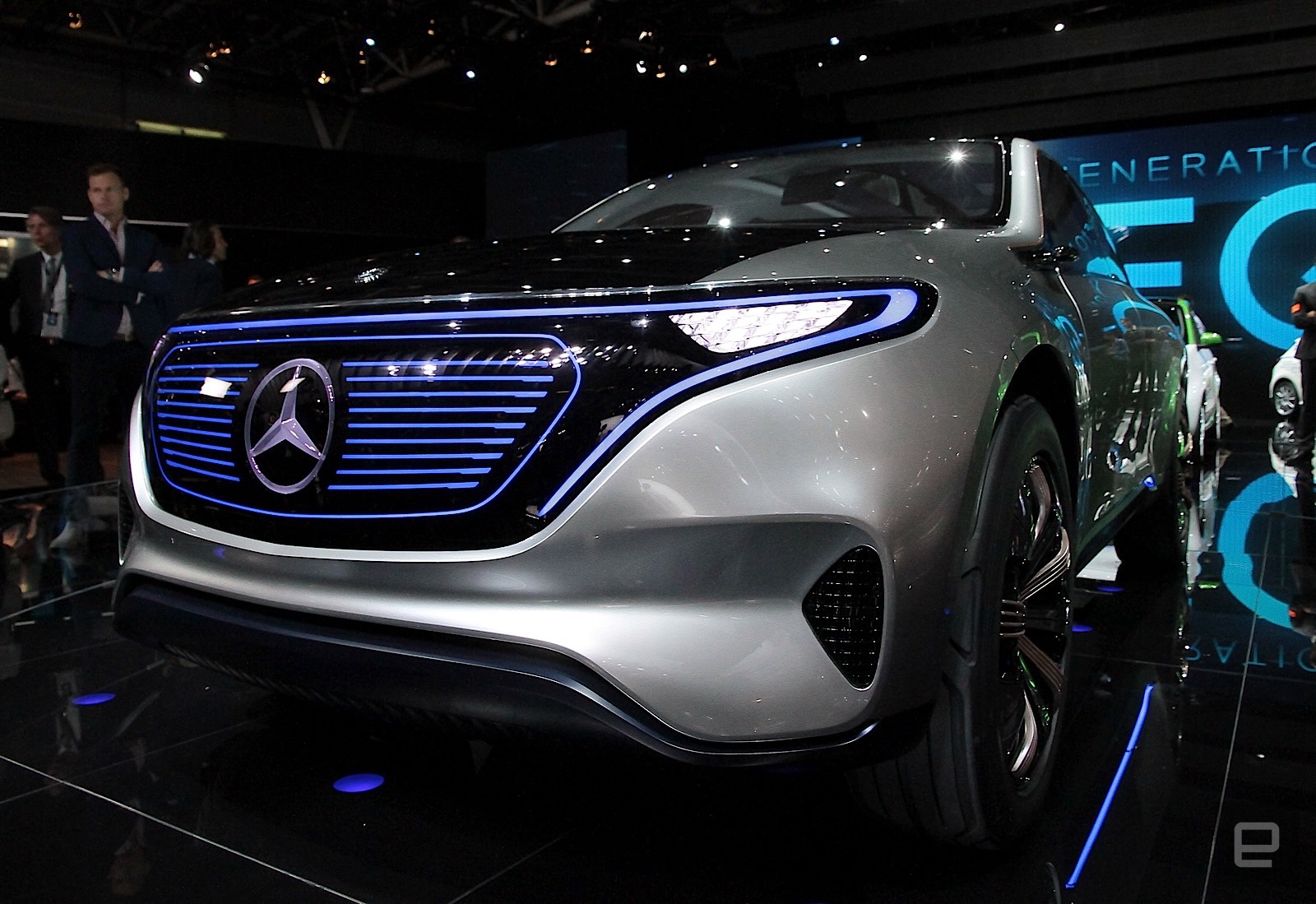 The Paris Auto Show is missing Lamborghini, Volvo and other automakers, but it's still one of the biggest displays of automotive tech in the world. Fittingly, in a city that bans gas-powered cars from its streets once a month, Volkswagen and Mercedes kicked things off with prototypes that represent their future EV ecosystems. That no doubt made everyone feel better about CO2 pollution, but most of the cars here are still burning fossil fuels, and for many, like the Jaguar F-type (below), plenty of it.

Volkswagen had the first major press conference of the show and CEO Herbert Deiss certainly took a conciliatory tone, without mentioning the diesel-gate crisis. He threw around words like "fresh start," "new challenge" and so on, adding that VW sales had picked up over the last few months. Then, he revealed the swoopy Volkswagen ID prototype with 370 miles of potential range. However, the collective air went out of the room when he said the EV wouldn't arrive until 2020. 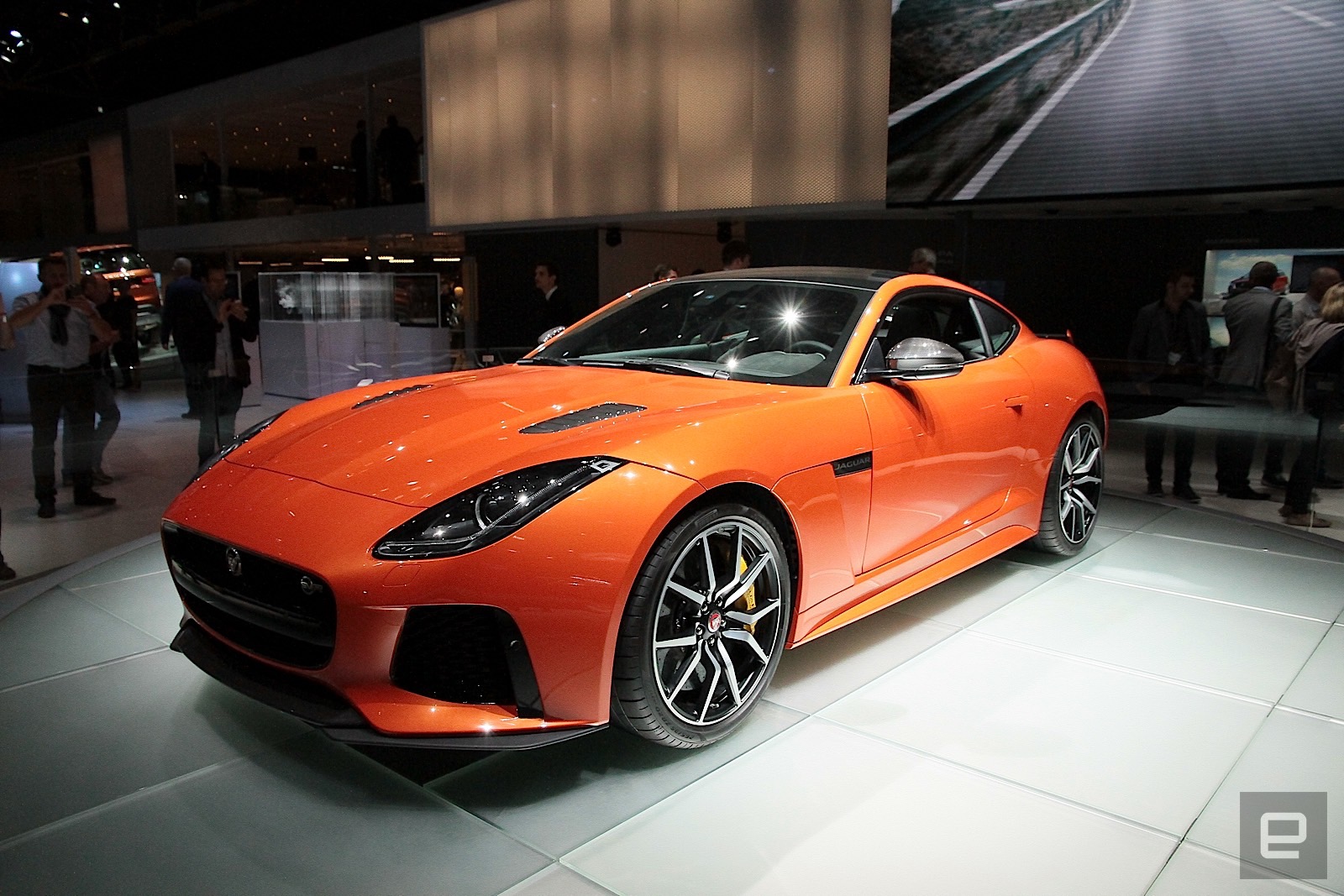 Then it was Mercedes' turn, and it also did a dramatic reveal of its Generation EQ, an entirely new electric vehicle lineup. The launch prototype vehicle will never be built, but represents the technology to come in the lineup. Both Mercedes and Volkswagen specifically mentioned Tesla by name as a primary rival, though they're now playing big-time catch-up with Musk's company, which has already pre-sold over 300,000 Tesla 3 EVs.

In this article: ElectricVehicle, EV, gear, Mercedes, ParisAutoShow, ParisAutoShow2016, transportation, Volkswagen
All products recommended by Engadget are selected by our editorial team, independent of our parent company. Some of our stories include affiliate links. If you buy something through one of these links, we may earn an affiliate commission.