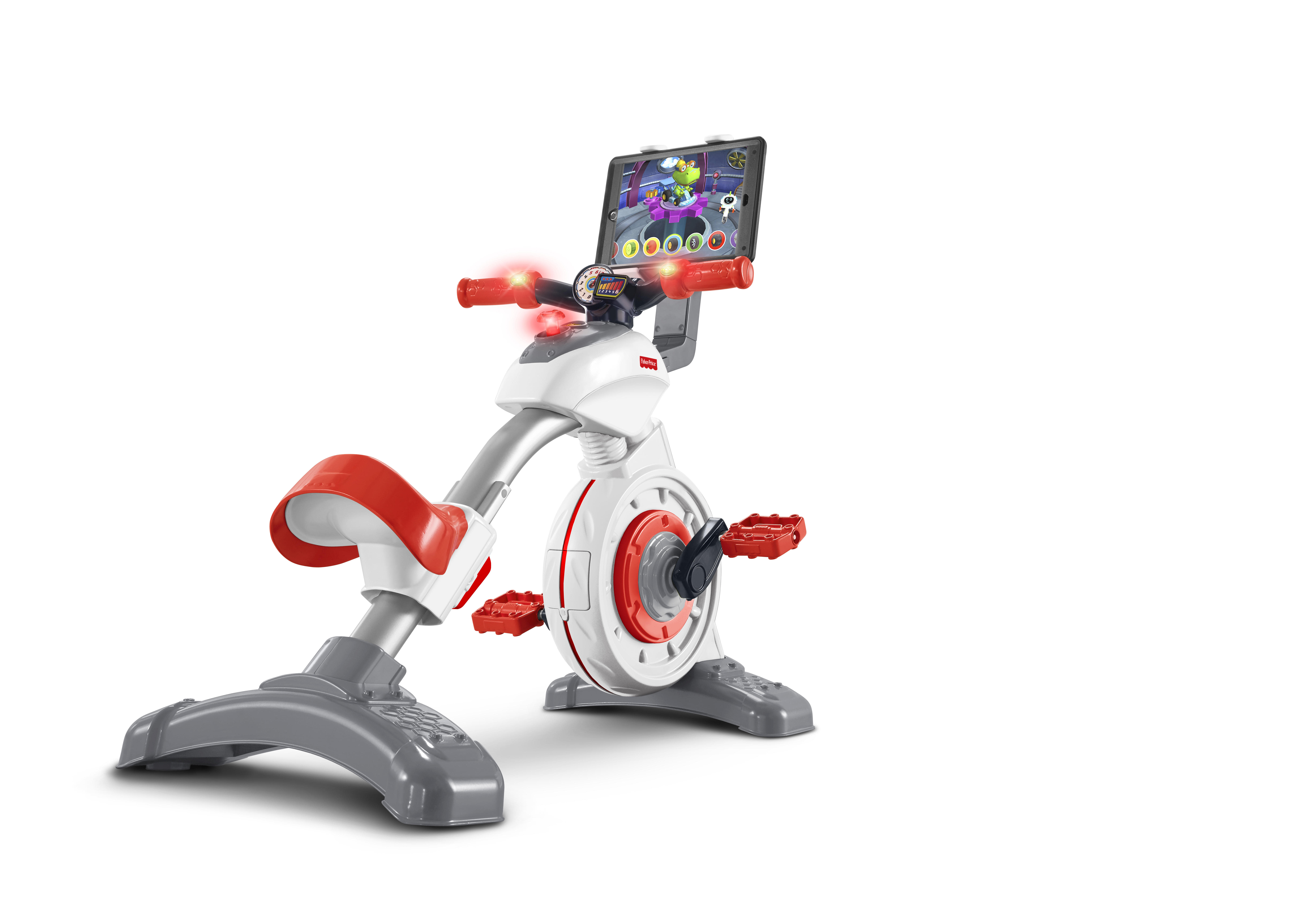 Fresh air? Sunlight? Who needs that mess when your kid can get all the exercise he needs while exploring the Great Indoors? Here at CES, Fisher-Price debuted its Think & Learn Smart Cycle. If you think it looks like a tiny $150 SoulCycle bike with a tablet stand, you're right.

According to the to the company's surveys, preschoolers watch around 19 hours of video content a week and spend roughly 20 percent of their playtime using electronic devices. So why not let the little ankle-biters burn off some energy while playing with their gadgets on a slightly larger gadget? This isn't the first ridable Fisher-Price has released -- the company has been producing tricycles, push cycles and Power Wheels for years -- nor is it the company's first foray into STEM-based learning, but it is the brand's first stationary bike.

The Smart Cycle connects to a tablet via Bluetooth and runs four educational apps (focused on literacy, STEM, math and social studies), which are driven by the kid's pedaling prowess. Each of these apps cost $5, though Smart Cycle Mission to Tech City comes free with the bike. The system is compatible with Android, iOS and Amazon Fire devices.

In this article: Android, apps, bikes, Bluetooth, CES2017, edutainment, fisher-price, Fresh Air, gadgetry, gadgets, gear, iOS, Kindle, Kindle Fire, Las Vegas, toys
All products recommended by Engadget are selected by our editorial team, independent of our parent company. Some of our stories include affiliate links. If you buy something through one of these links, we may earn an affiliate commission.