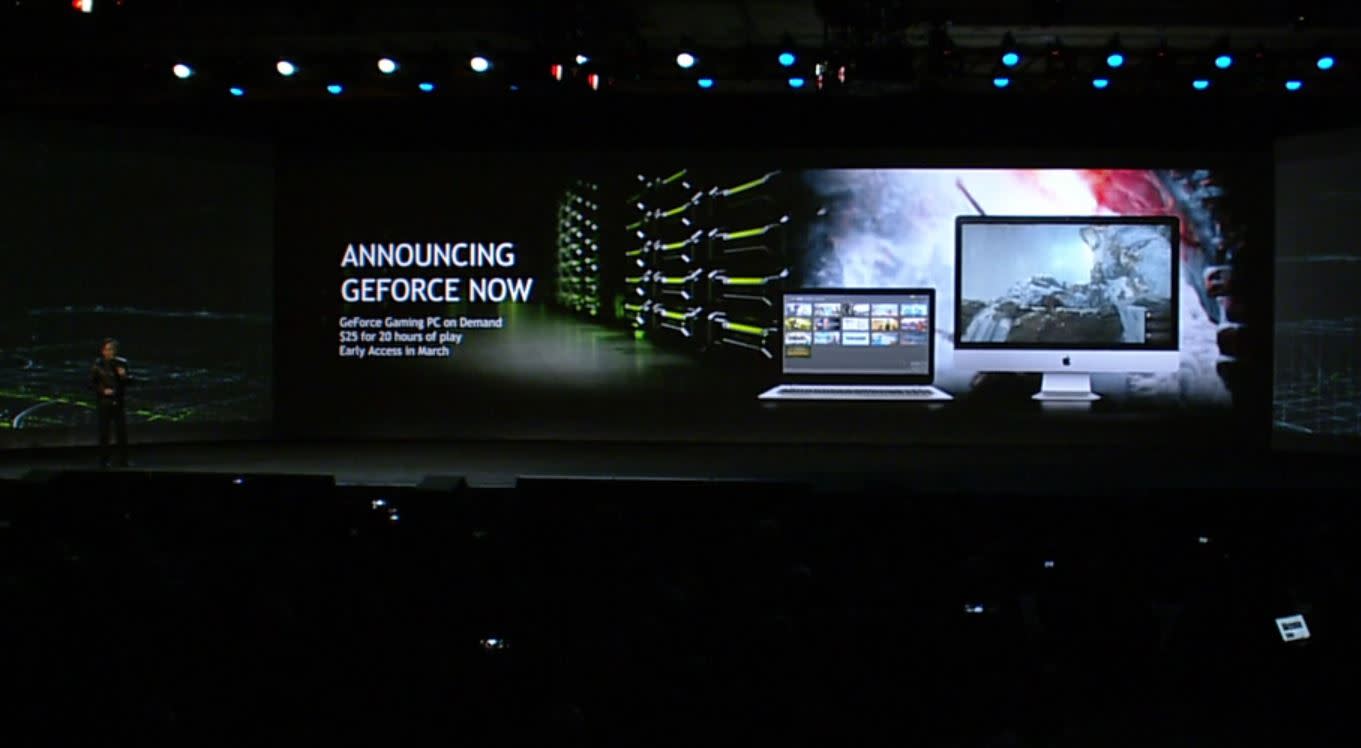 Ever wanted to be a PC gamer, but didn't want to buy a gaming PC? NVIDIA's Jen-Hsun Haung wants your number. Taking the stage at CES today, the CEO announced GeForce Now for Mac and PC -- an offshoot of its cloud gaming service aimed at prospective PC gamers. Despite sharing the same name as the streaming service, it offers to NVIDIA Shield users, GeForce Now for Mac and PC isn't a gaming-subscription service. It's a server rental program.

Users of GeForce Now for Mac and PC won't load up a streaming app and pick through a list of games -- they'll load up Steam, Origin, UPlay or other game providers and purchase games directly from the distributor. Then they'll run that game on NVIDIA's GRID servers through GeForce Now for an hourly fee. The result is a setup that, in the stage demo, looks remarkably like running games on a local machine.

The idea seems neat, but offloading your gameplay to the cloud isn't cheap: NVIDIA says GeForce Now will charge $25 for 20 hours of play, and that doesn't include the cost of the games. If you played only two hours a day, you'd spend $912 for a year of NVIDIA GeForce Now gaming. Still, if you really don't want to buy a gaming machine with that cash, GeForce Now for Mac and PC will start rolling out in March.

In this article: av, ces, ces2017, cloud, cloudgaming, gaming, geforce, geforcenow, nvidia, streaming, videogames
All products recommended by Engadget are selected by our editorial team, independent of our parent company. Some of our stories include affiliate links. If you buy something through one of these links, we may earn an affiliate commission.