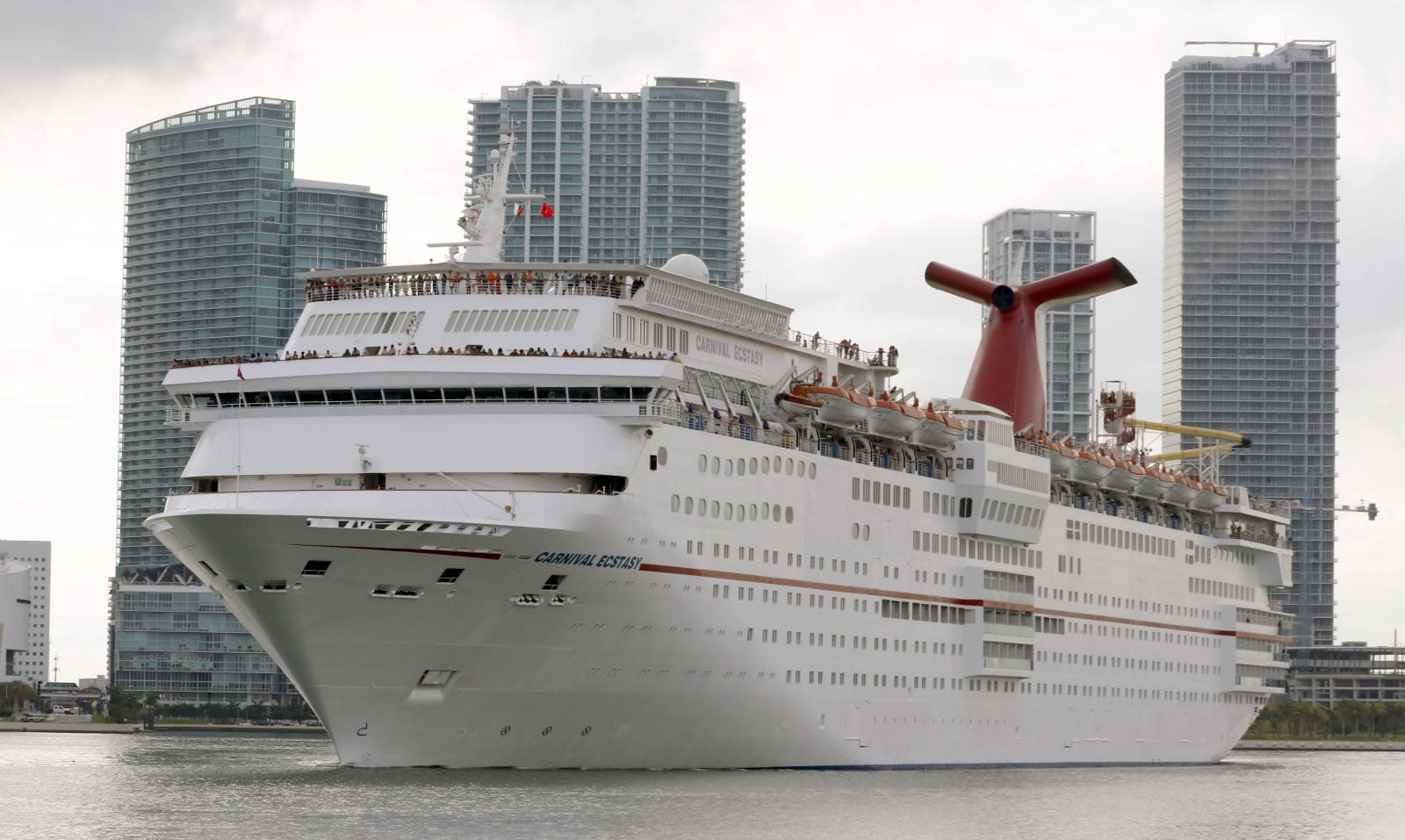 There's an unlikely entry to the wearables market coming to this year's CES. During a keynote speech scheduled for Thursday, megalithic cruise company Carnival will announce a new app and quarter-sized "smart medallion" called the Ocean Compass.

According to the New York Times, which revealed the Ocean Compass as part of a larger story about the high-tech changes coming to the cruise industry, the Ocean Compass was developed in a secret Carnival Corporation skunkworks in Doral, Florida by two former Walt Disney World execs. The goal is to eliminate the passenger headaches like long boarding lines and messy payment systems in the same way that Disney World engineered the park around its tech-laden MagicBands.

Although some competitors already offer seamless payment and smart wristbands, Carnival's medallions are designed to work even without ever touching a sensor. Simply walking up to your room will unlock the door, and the device can be used to help family members find each other on board. That also means passengers can order food via an app and have it delivered directly to wherever they happen to be and the system will remember things like entertainment preferences and pre-planned activity schedules. To add that must-have luxury factor, the medallions are all laser engraved with the passenger's name and onboard gift shops will be selling accessories to disguise it as jewelry.

The devices should start showing up on Carnival's Princess Cruises later this year and CEO Arnold W. Donald told the Times that his company is investing hundreds of millions of dollars to build a system that requires around 7,000 sensors per boat. Carnival is expected to make that investment back, however, once the system's perks allow it to start charging more for tickets and the credit card-connected medallion starts allowing passengers to seamlessly part with their money. And, as the Times notes, the Compass will also power a brand new gambling platform onboard those same ships.

In this article: business, CarnivalCruise, CarnivalCruiseLines, gear, oceancompass, PrincessCruises, wearables
All products recommended by Engadget are selected by our editorial team, independent of our parent company. Some of our stories include affiliate links. If you buy something through one of these links, we may earn an affiliate commission.