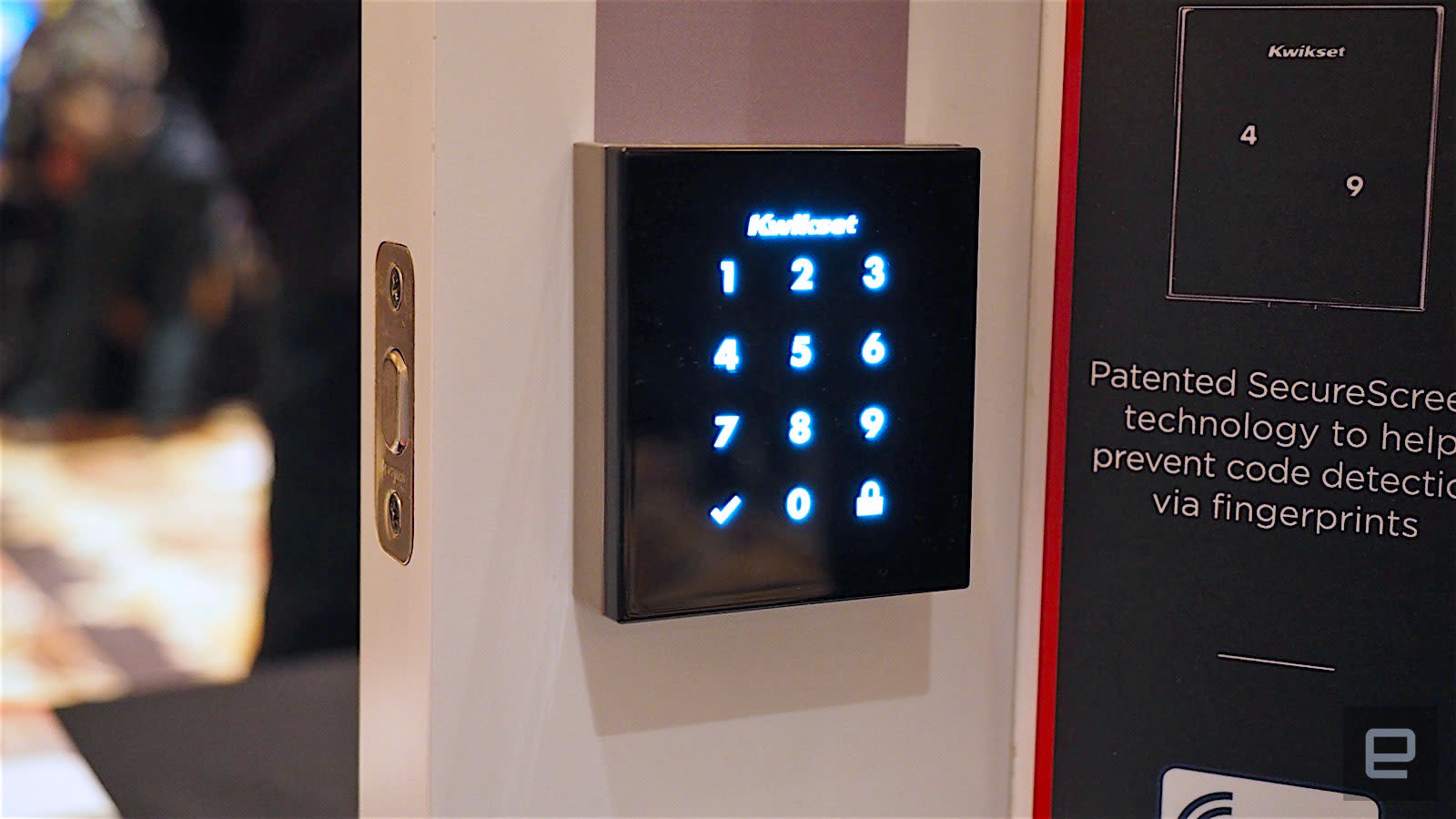 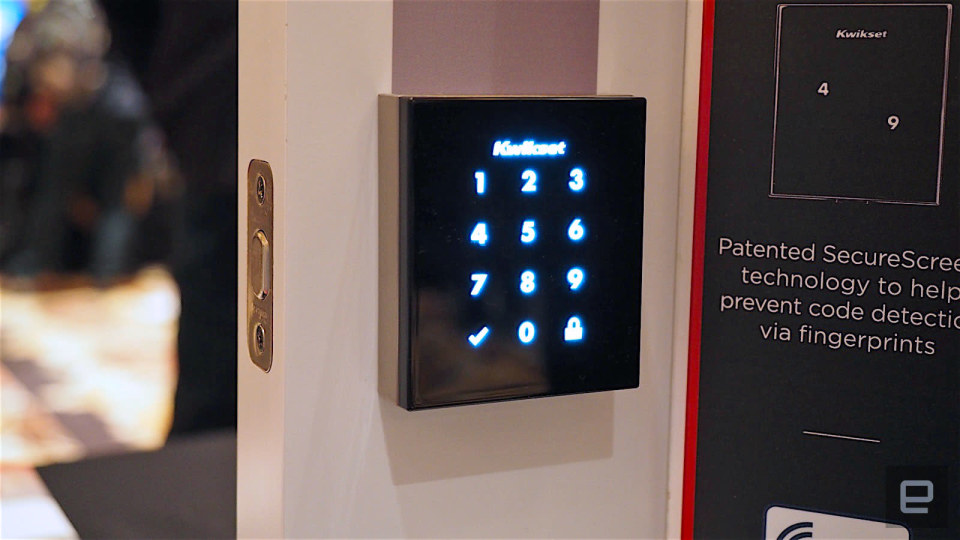 Most app-enabled smart locks like the August or any of the Schlages will still include a traditional cylinder mechanism, you know, just in case. The new Obsidian lock from Kwikset, however, has no need for your puny keys. Like, at all. The Obsidian operates exclusively via its touchscreen. To unlock the door, the user first taps the exterior screen to activate it, then press two randomly illuminated keys to bring up the full keypad. This is done to prevent would-be burglars from gaming the system by looking for signs of wear or use on the pad itself. Once the full keypad is illuminated, the user can then type in their personal code to unlock the door and gain access to their house. What's more, by eliminating the traditional cylinder assembly, Kwikset has managed to produce what it calls the "lowest profile smart lock in the industry."

The Obsidian is available as both a standalone or a Z-wave enabled lock. The standalone version will cost $180 when it goes on sale later this spring. The Z-wave version will sell for $230.

Click here to catch up on the latest news from CES 2017.
In this article: ces2017, gear, home, Kwikset, obsidian, smarthome, smartlocks, touchscreen, Z-Wave
All products recommended by Engadget are selected by our editorial team, independent of our parent company. Some of our stories include affiliate links. If you buy something through one of these links, we may earn an affiliate commission.