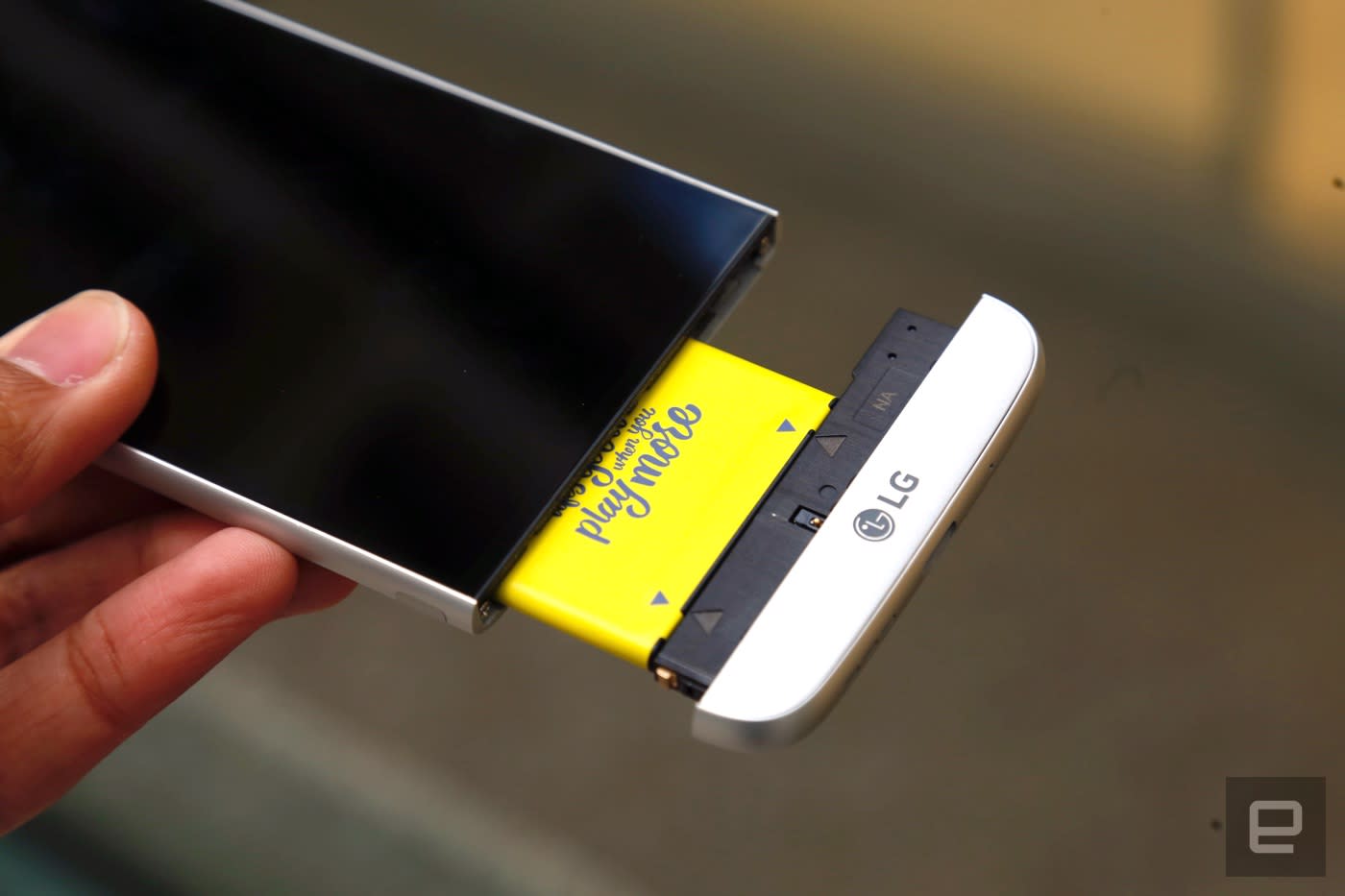 To put it mildly, the LG G5 has struggled in the market. While it's not a terrible phone, it clearly leans on its modularity as its main selling point -- and there just aren't that many people willing to pay extra for a camera grip or sound module. Thankfully, LG has realized the error of its ways. A company spokesperson tells the Wall Street Journal that LG is aware of that less-than-positive feedback on the G5, and is "scaling back" the modularity for the G6. Instead, the focus is on "aesthetics and usability" -- making a good phone, in other words. It's not clear that this means killing modules outright, but it certainly sounds like that could happen.

Don't expect any big surprises when it comes to the launch. The G6 will likely sit in the G5's $500 to $600 price range, LG says, and it should first be available in North America, Europe and South Korea. It could be announced at Mobile World Congress in February, but the company is still considering additional dates.

The approach isn't completely surprising if you've been following the G5's trajectory. Steep discounts started soon after launch, and there's no question that Samsung's faster, prettier Galaxy S7 trounced the G5 sales-wise. Our question: to what degree has LG learned its lesson? While it's certainly capable of making good phones, it has a longstanding habit of alternating between those and gimmick-centric phones (some better than others) in its bid to stand out. The G6 might well fare better than the G5, but that won't matter if the G7 sees LG reverting to its old ways.

In this article: android, g5, g6, gear, lg, mobile, skottahn, smartphone
All products recommended by Engadget are selected by our editorial team, independent of our parent company. Some of our stories include affiliate links. If you buy something through one of these links, we may earn an affiliate commission.