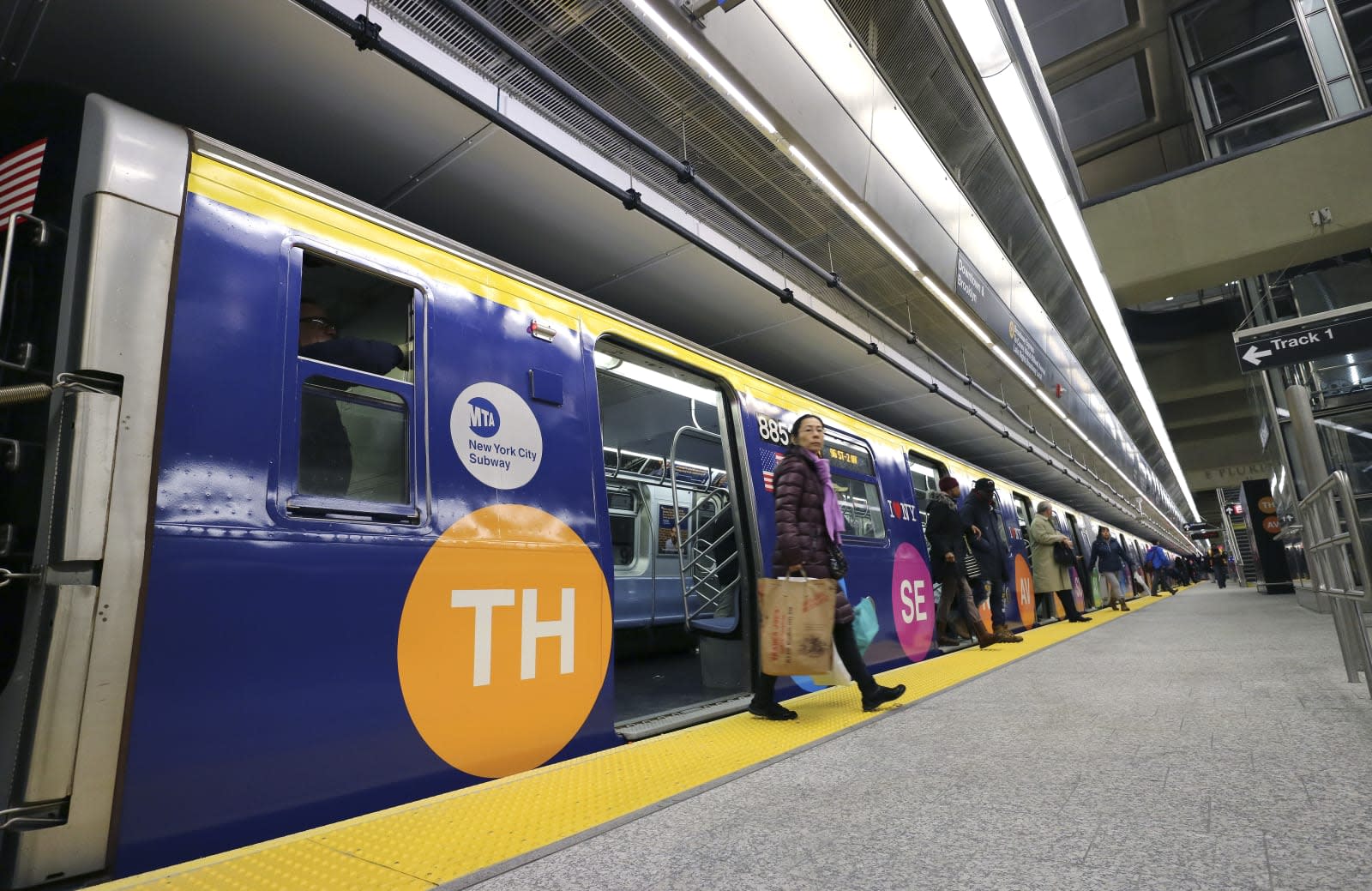 When officials recently vowed that all New York City underground subway stations would have cellular coverage sometime in early 2017, they weren't joking. Governor Cuomo has revealed that all active stations will have service from AT&T, T-Mobile, Sprint and Verizon on January 9th. That's on top of WiFi, which went live just before 2016 came to a close. The only exceptions are four stations that are either in mid-renovation or about to go through renovations, but they'll have live service as soon as the makeovers are finished.

The cell service is slightly behind schedule, since the initial plan was to have every station connected in 2016. However, Cuomo and crew are quick to stress that this shouldn't cost New Yorkers a cent. Key partner Transit Wireless spent "well over" $300 million on deploying both phone and WiFi access, but it should recoup its investment through sharing revenue from the network's services.

Not everyone will be enthusiastic. If you were hoping that the subway station would be a brief respite from people constantly using their phones on the streets, you'll be disappointed. And if you do appreciate service underground, you'll still have to go without in the tunnels. However, it's hard to deny the conveniences and safety advantages, especially in a city that practically revolves around its transportation grid.

In this article: att, cellphone, cellular, culture, masstransit, mobile, mta, newyorkcity, nyc, publictransit, sprint, subway, t-mobile, transitwireless, transportation, verizon
All products recommended by Engadget are selected by our editorial team, independent of our parent company. Some of our stories include affiliate links. If you buy something through one of these links, we may earn an affiliate commission.