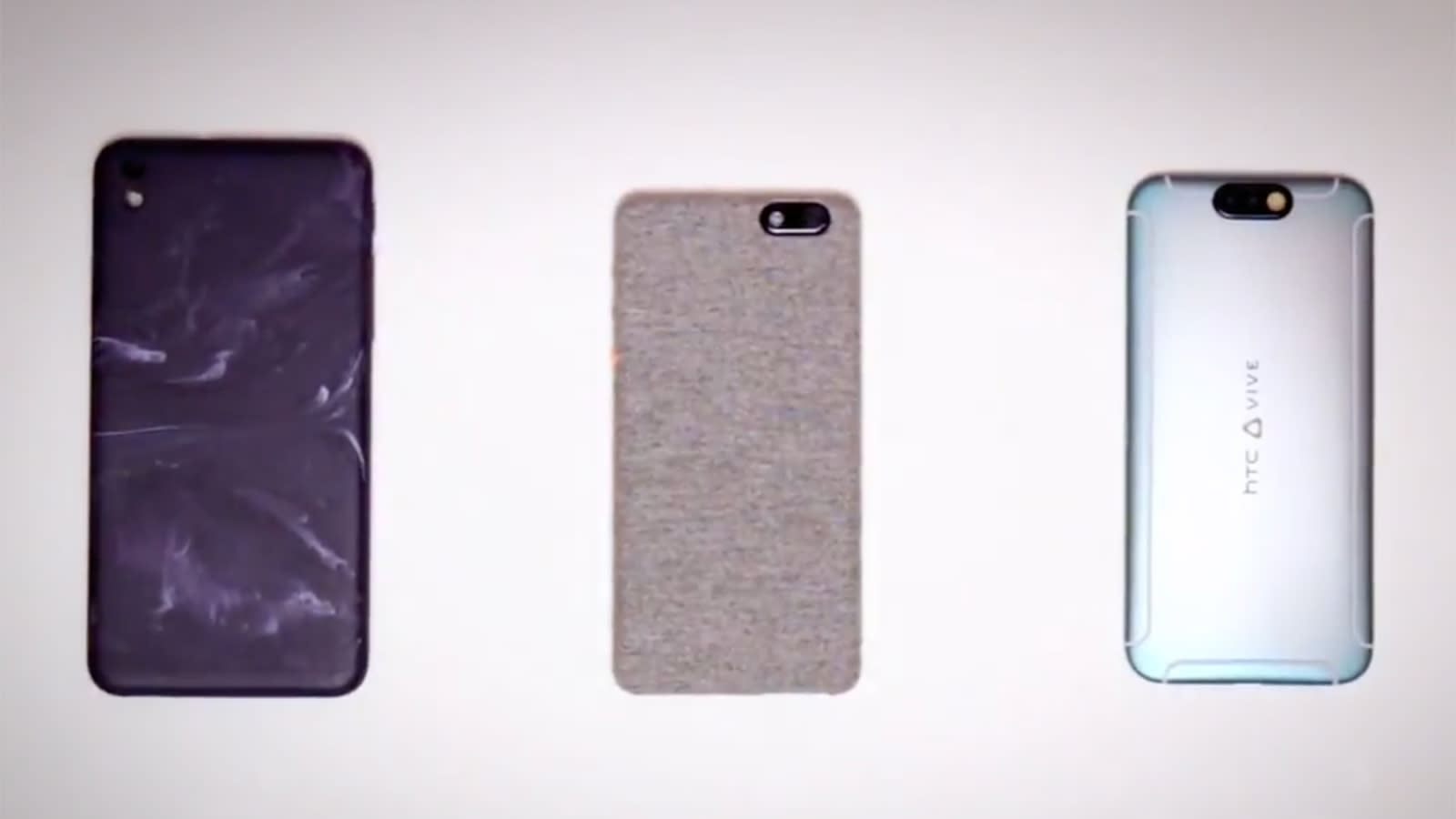 For weeks, HTC has been teasing a January 12th event that will show what it has in store "for U" in 2017. But just what does that cryptic clue mean? We might have a better idea. Well-known leaker Evan Blass has obtained a promo video (below) showcasing HTC's future smartphone efforts, and it's clear that the company is eager to try something different. Most of the clip centers on experiments with unusual phone designs, such as cloth or splashes of color. However, the most interesting part is toward the end: HTC briefly shows a Vive-branded phone, suggesting that the company wants to bank on the popularity of its virtual reality headset.

Unfortunately, just what a Vive phone means isn't clear right now. Is that a hint of support for Google's Daydream VR platform, or a custom approach to mobile VR? A special tie-in for Vive owners? Or just an attempt to use a familiar name? We'll know the full story soon if HTC unveils this device at its event, but even this brief hint is intriguing.

Update: As it turns out, this video has been around since June 2016, when an HTC videographer uploaded it to Vimeo. It's been public for half a year, in other words -- people just didn't notice it until now. It's since been taken down at its original home. This doesn't completely rule out the prospect of a Vive-badged phone or exotic materials, but this isn't the surefire leak it looked like at first. A lot can change in the space of half a year, too.

Also, we'd quickly note that HTC already has a mobile app store for VR, Viveport M. It just doesn't have the hardware, unless you count the Google Pixel XL's Daydream-ready design. That might have been what HTC had been planning for mobile VR, rather than a dedicated handset.

In this article: android, evanblass, evleaks, gear, htc, mobile, smartphone, video, virtualreality, vive, vr
All products recommended by Engadget are selected by our editorial team, independent of our parent company. Some of our stories include affiliate links. If you buy something through one of these links, we may earn an affiliate commission.