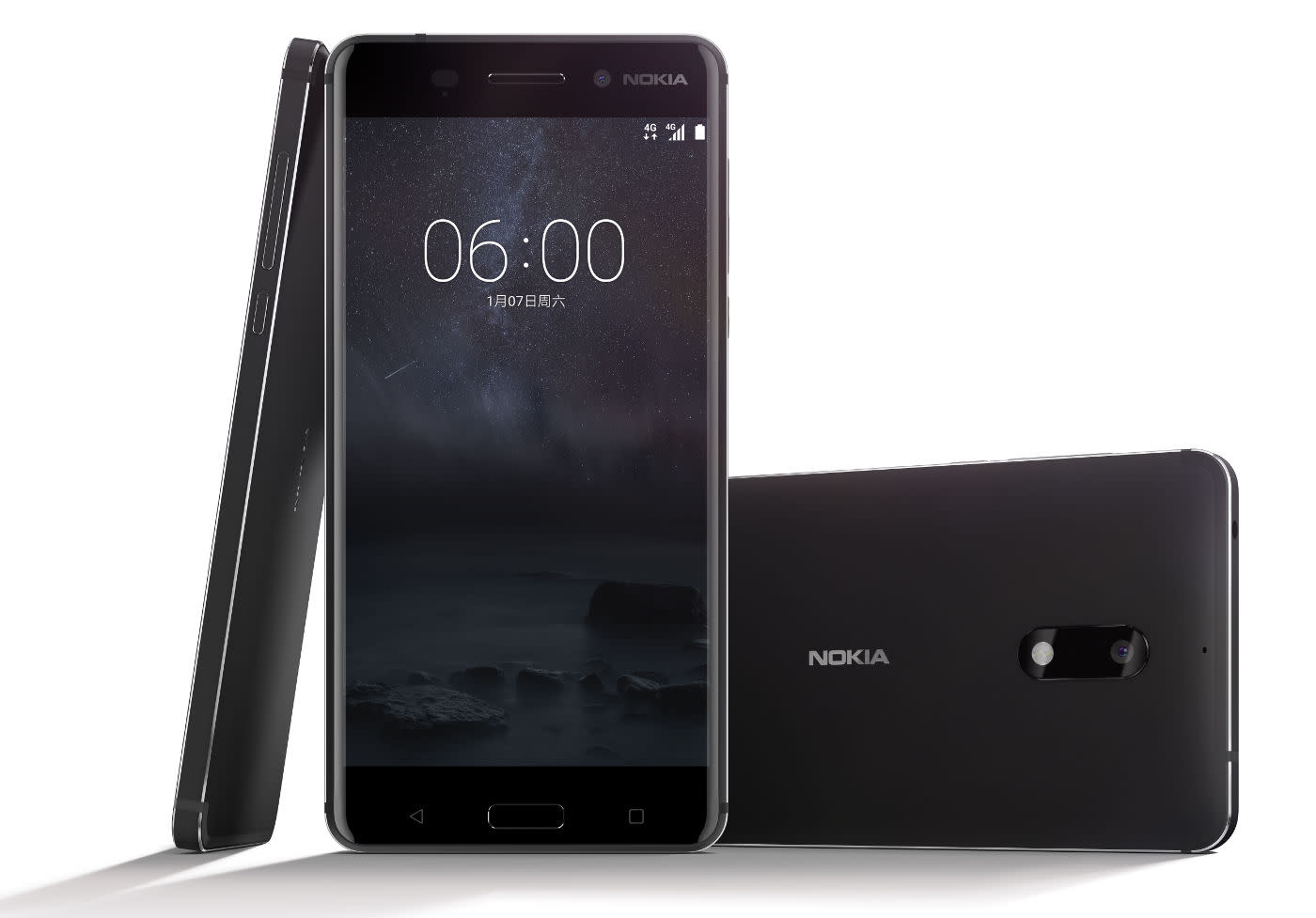 The first Nokia Android smartphone from the brand's exclusive licensee for mobile devices has finally arrived. Sadly, comes with bad news for folks who want to try it out: It will only be available in China. Finnish company HMD Global, which acquired the rights to release Nokia-branded phones and tablets after Microsoft abandoned the venture, started by releasing dumb phones in 2016. The Nokia 6, however, is a legit LTE smartphone that runs Nougat out of the box. It has a 5.5-inch HD screen, 16MP rear and 8MB front cameras, is equipped with Qualcomm's Snapdragon 430 processor and packs 4GB of RAM and 64GB of storage.

In HMD's announcement, it revealed that it decided to launch Nokia 6 in China, since it's a "strategically important market" with hundreds of millions of users.

"The decision by HMD to launch its first Android smartphone into China is a reflection of the desire to meet the real world needs of consumers in different markets around the world. With over 552 million smartphone users in China in 2016, a figure that is predicted to grow to more than 593 million users by 2017, it is a strategically important market where premium design and quality is highly valued by consumers."

The company doesn't have an exact release date yet, but it will start selling Nokia 6 early this year for 1,699 Chinese yuan ($246) on JD.com.

In this article: android, gear, HMDGlobal, mobile, nokia, smartphone, TL17NOKI
All products recommended by Engadget are selected by our editorial team, independent of our parent company. Some of our stories include affiliate links. If you buy something through one of these links, we may earn an affiliate commission.