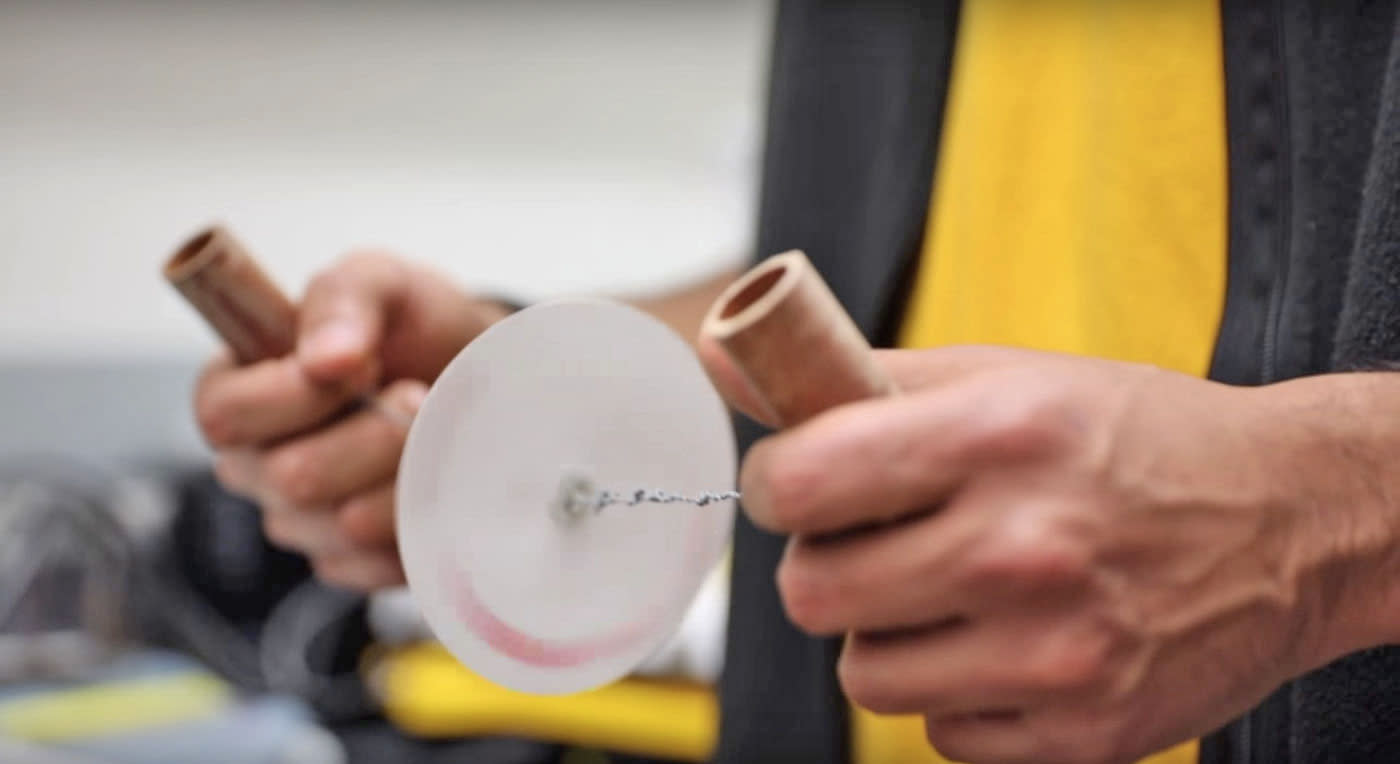 A piece of paper, some twine and plastic could make testing for certain diseases more accessible even in the poorest areas of developing nations. Manu Prakash, an assistant professor of bioengineering at Stanford University, used those materials to create a simple centrifuge alternative that he calls the "paperfuge." Centrifuges are rapidly rotating machines in the lab that scientists use to separate the different components of a liquid by density. If you want to test for diseases like African sleeping sickness, malaria, tuberculosis or even HIV, that liquid is blood. Heavy red blood cells settle at the bottom, plasma floats to the top, while parasites and pathogens occupy the middle part. The machine is effective, but it's also expensive and needs electricity to work.

According to the bioengineer, he was inspired by a whirligig toy that spins as you pull the strings. Upon examining the toy with a high-speed camera, he found that the disc in the center rotates at 10,000 to 15,000 rpm. So, he did what any curious scientist would do: he developed a prototype and attached a small container of blood on its disc. After it successfully separated the blood's different components, he and his team worked on the prototype further until they came up with an iteration that can rotate at 125,000 rpm.

They were able to find malaria parasites within 15 minutes of spinning the new prototype in the lab. Since they used an orange dye to stain the parasites, they were easily able to identify their presence under a microscope, as well. However, they still need conduct further tests to make sure it works as intended, so they're now using the paperfuge prototype on the field in Madagascar.

In this article: centrifuge, diseases, health, manuprakash, medicine, paperfuge, science, stanforduniversity
All products recommended by Engadget are selected by our editorial team, independent of our parent company. Some of our stories include affiliate links. If you buy something through one of these links, we may earn an affiliate commission.