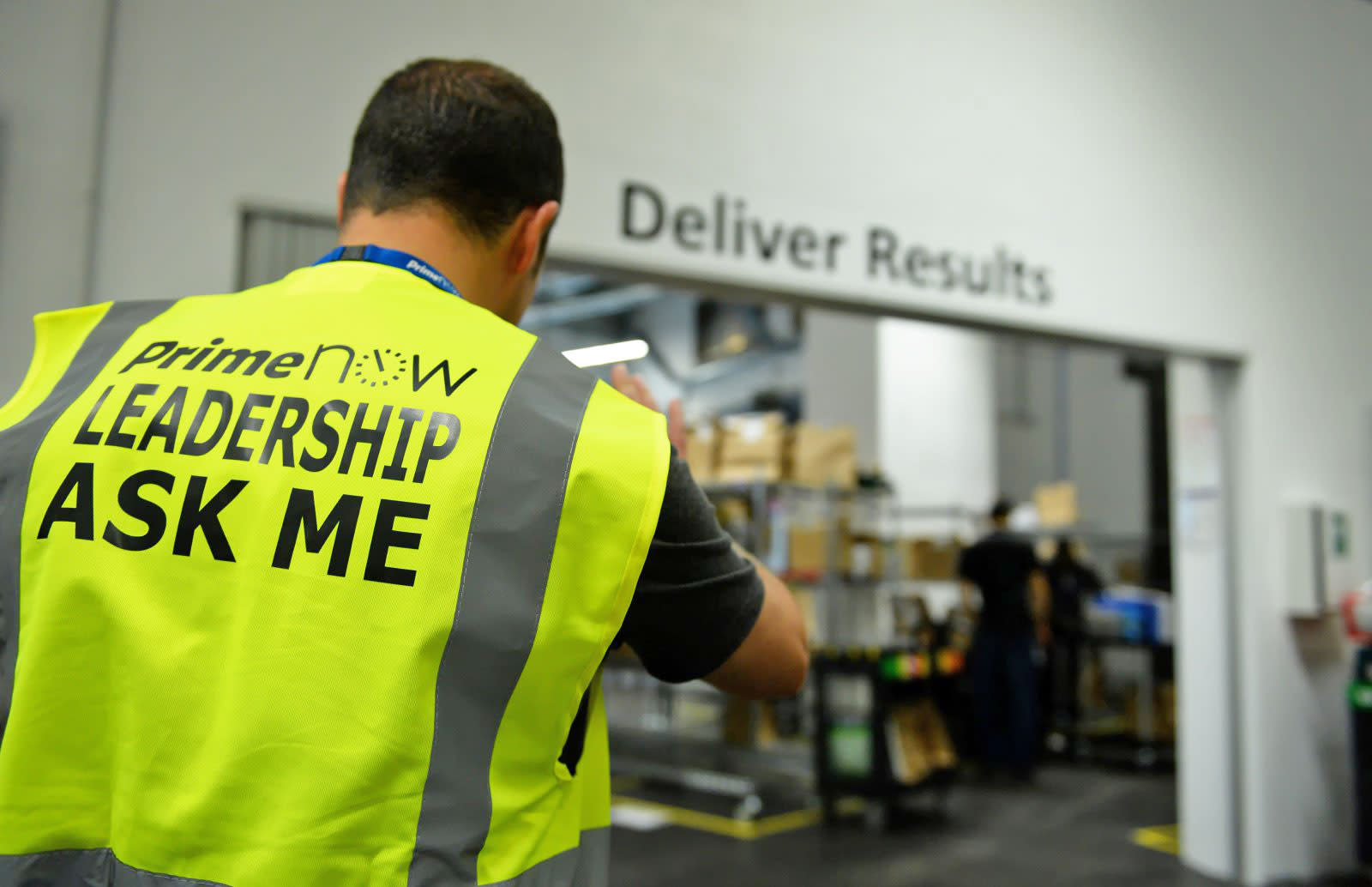 Amazon is about to go on a huge hiring spree, adding over 100,000 "full time, full-benefit" US jobs. They'll be available to people with "all types of experience, education and skill levels," the company wrote, ranging from engineers and software developers to entry-level fulfillment center positions. "Innovation is one of our guiding principles at Amazon, and it's created hundreds of thousands of American jobs," CEO Jeff Bezos said in a statement.

The company boasted that employees get "highly-competitive" salaries, along with health and disability insurance, retirement savings plans and company stock. It also offers 20 weeks of paid parenting leave, which can be shared with a spouse employed elsewhere. The company recently revealed that it pays male and female employees equally, and its diversity hiring is above average for the tech industry (which is to say, still not great).

Working at Amazon, both in executive and blue-collar positions, is famously difficult. Amazon has, in the past, also used a lot of contract labor to avoid paying benefits and other perks. Over the past few years, however, and with the latest hiring spree, the company seems to be shifting its workforce to more permanent positions -- even if employees work fewer hours.

We plan to add another 100,000 new Amazonians across the company over the next 18 months as we open new fulfillment centers, and continue to invent in areas like cloud technology, machine learning, and advanced logistics.

States that will benefit from the hiring spree include Washington, Texas, California and Kentucky, thanks to expansions, renovations and new construction of fulfillment centers. Amazon also said it would hire an additional 25,000 veterans and military spouses over the next five years, keeping an earlier promise. Along with fulfillment, Bezos said the company will expand in "cloud technology, machine learning and advanced logistics."

President-elect Donald Trump has threatened US companies that move jobs abroad with sanctions, but Amazon's hiring spree doesn't likely have anything to do with the new administration. Trump famously sniped at Amazon during the election, saying "Amazon is getting away with murder, tax-wise." Bezos replied in kind, saying Trump's lack of transparency (he still hasn't released his own tax returns) "erodes our democracy around the edges."

After a meeting with Trump and other tech leaders in December, including Tim Cook and Elon Musk, Bezos softened his tone, though. He said Trump's promised focus on innovation "would create a huge number of jobs across the whole country, in all sectors, not just tech."

In this article: amazon, business, culture, e-commerce, Employment, full-benefit, Full-time, jobs, Retail
All products recommended by Engadget are selected by our editorial team, independent of our parent company. Some of our stories include affiliate links. If you buy something through one of these links, we may earn an affiliate commission.