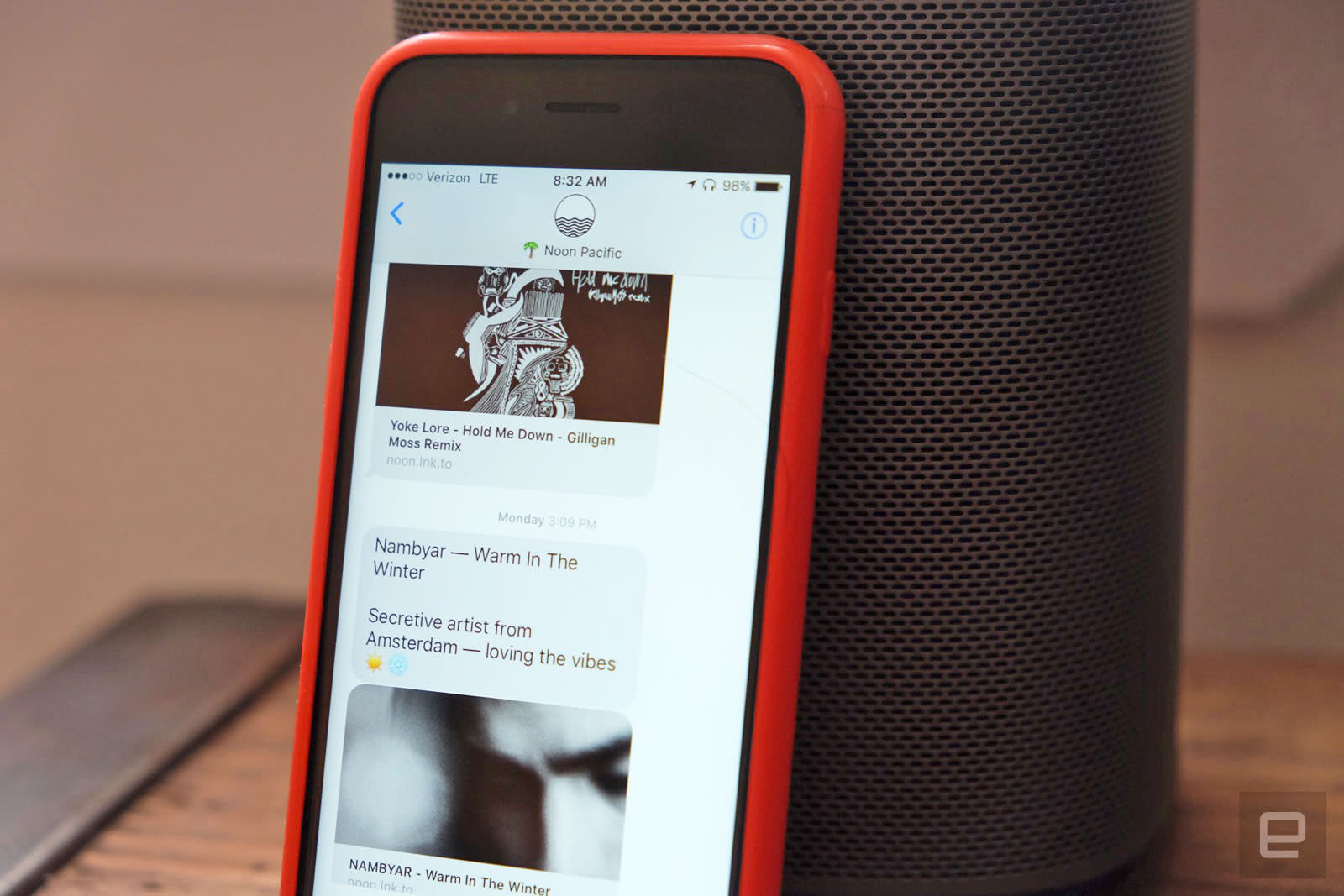 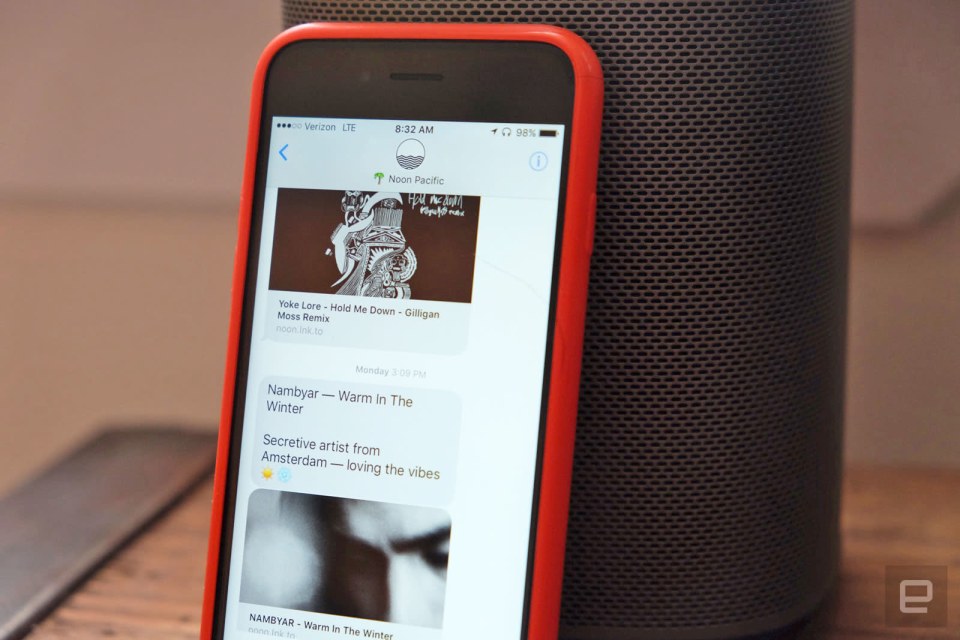 On the surface, every streaming music service offers the same thing: access to tens of millions of songs. That's more music than any human being can ever consume, so the big battle now centers around helping users find songs and albums they care about. Apple Music bet big on human-curated playlists, Spotify has Discover Weekly and Release Radar, and Google Play Music has stations for every mood and activity, to name a few examples. These options help, but getting through your recommendations and actually finding things you love can still take some work.

A small startup called Noon Pacific has been helping to cut through the clutter for several years now. Every Monday, the company publishes a curated 10-song playlist in its apps and on its website for visitors to stream, ad-free. If you'd prefer an even quicker way to find new music, the company recently launched its first subscription product: Noon Pacific Daily. After signing up, you'll get a text message every day at noon Pacific (naturally) with a link to a new song.

For someone like me who loves finding new music but doesn't have tons of time to dig through playlists, Noon Pacific Daily seemed like a painless way to find new songs. I've spent the past few weeks giving it a shot, trying to decide if it's worth $3 per month. (Note that you can currently sign up for $2 per month as part of a special introductory offer.)

Daily is dead simple: My phone has lit up with a new text right around noon Pacific every day with the name of an artist and song title, along with a quick description of the track. Then there's a link to the song itself; tapping it brings up a page where you can stream the song or open it in Spotify, Apple Music, YouTube or SoundCloud.

If you're a fan of one particular music service, you can set it to automatically open the song in that app every day, which I've done. I've taken to immediately adding each song to a playlist so I can go back and re-listen later or have songs saved in case I don't have time to listen right away. But the text message thread works as a pretty effective playlist on its own. As for how it picks the songs, a Noon Pacific spokesperson told me that songs are picked from top music blogs, artist submissions, promo lists and manual SoundCloud digging. The results have been a fairly eclectic mix of straight indie alternative, electronic, hip-hop, dance and pop, with most artists pretty far from mainstream radio. Unsurprisingly, the selection isn't wildly different from what you'll find in the free weekly playlists Noon Pacific posts every Monday.

I didn't like every single song that I heard using Noon Pacific Daily, but I didn't expect to; the company is serving up the same song every day to all subscribers, so it's not going to be tailored to your particular listening habits. The good news is you can listen to dozens of the free playlists the company has been posting in the Noon Pacific app every week to get a sense of whether or not your tastes align.

In this case, it all worked for me; I've added more than half the songs sent to me over the past few weeks to my ongoing new-musical-discoveries playlist. I'm finding songs that I like and may not have discovered otherwise -- and more importantly, I'm finding them with minimal effort. It's easy to carve out five minutes every day to listen to a new song.

Of course, I still need to do the hard work of digging in and listening to more tracks from these artists I'm being exposed to, but that's not a knock on Noon Pacific Daily. The service has found me good music to try out. Even if I only play these songs once and never again, it's still worth the cost. If you want to try Noon Pacific Daily yourself, the company just added a seven-day free trial as well as a 30-day money-back guarantee, so there's little downside to giving it a shot.

In this article: entertainment, hands-on, music, musicdiscovery, noonpacific, noonpacificdaily, services, streamingmusic
All products recommended by Engadget are selected by our editorial team, independent of our parent company. Some of our stories include affiliate links. If you buy something through one of these links, we may earn an affiliate commission.