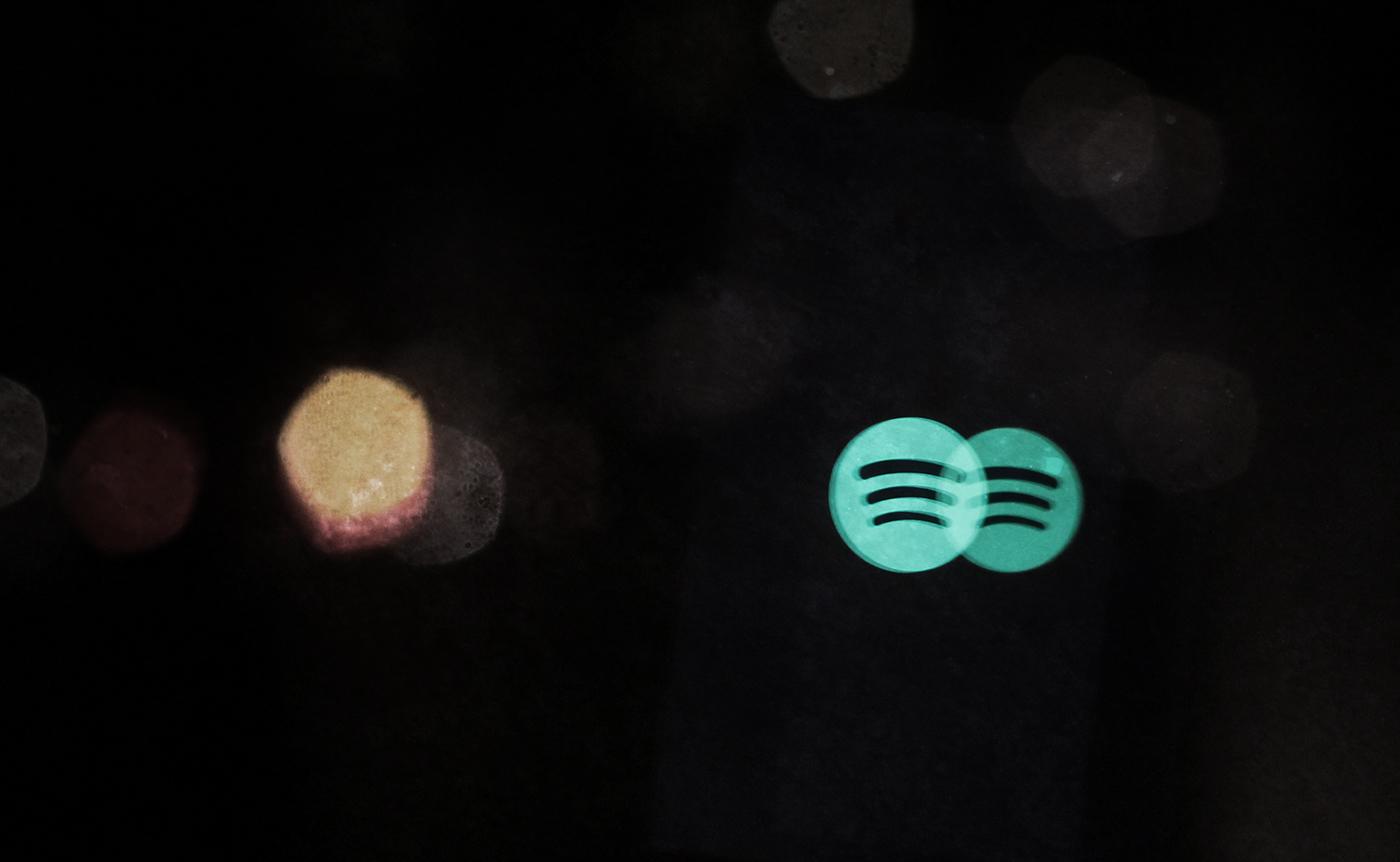 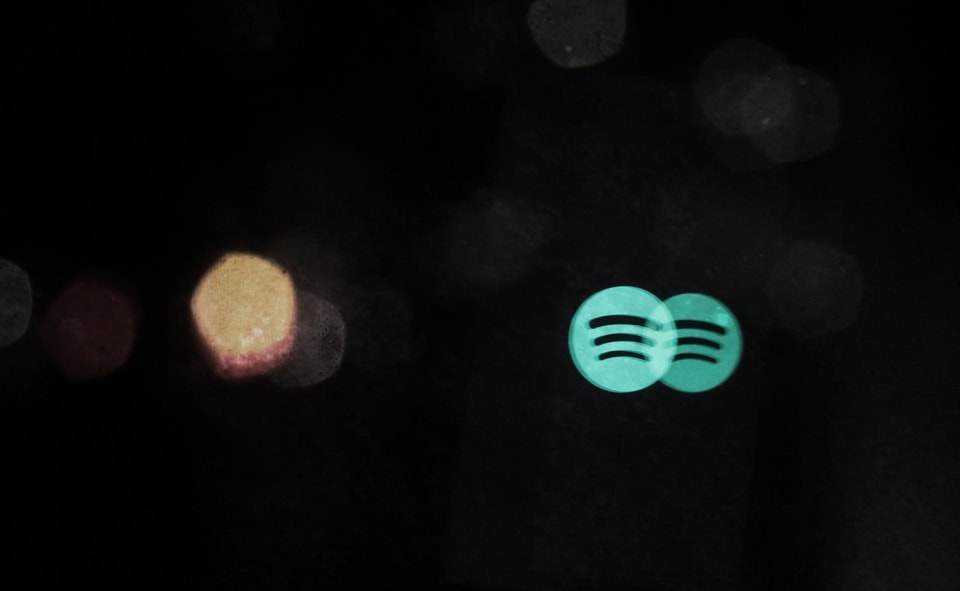 Spotify changed the way I listen to music. When I joined the service in 2009, I had maybe 4GB of music on my laptop at any given time, and a 2GB Sony MP3 player that I rotated my collection on. I now have an ever-expanding online library that amounts to the equivalent of 80GB, and near-constant access to that stockpile when I'm on the go. I've been a paid subscriber of Spotify since early 2010, and later that year became a user of its mobile app. Last week, after six long and fruitful years, I left the service. Here's why.

During the honeymoon period, being a member of Spotify felt like being a foot soldier in a silent revolution. Everyone I knew was either paying Apple £100s per year for access to a few albums, buying CDs (!) or pirating everything they wanted to hear. I quickly indoctrinated friends to join the cause, promising them unlimited music at a fraction of the cost. I organized my music collection into hundreds of playlists. And I started listening to a lot more music.

What used to be a hobby became an obsession. I got better speakers. Better headphones. More speakers. More headphones. I bought my first Android phone (the Galaxy S) purely because it had Wolfson's killer WM8994 DAC, and could be rooted to improve the audio quality further. It was then that I started using Spotify's mobile app, saying goodbye to my MP3 player forever. The switch perfectly coincided with my UK carrier offering unlimited data plans. When I switched to iPhone the next year, I used a handmade DAC gifted by my brother and a line-out cable to ensure I was powering those expensive headphones properly.

Then Spotify started creeping into my social life. Playlists became a modern-day take on the mixtape (or, actually, mix CDs. I'm only 30 after all). I shared them with friends to show off my impeccable taste in mid-'90s hiphop, shared them with love interests in the hope of finding a common thread. I think a crush from a few years back is still subscribed to one my playlists.

Playlists became a modern-day take on the mixtape

I'd noticed a few albums here and there were missing from Spotify over the years. The first were just obscurities, some old album I'd considered way more important than most would. The reasons weren't always clear. Dead Prez's Let's Get Free, for example, wasn't there for years. In 2011, that new Adele album everyone was talking about wasn't there, either. The year after -- my love for Taylor Swift kindled by a colleague's heartfelt Karaoke rendition of "Love Story" -- Red was also gone. The cracks were appearing.

The pattern continued, and continues to this day. There are still some hard-to-find tracks missing from Spotify, but that doesn't bother me massively. There's always Soundcloud and YouTube for those moments when all that will do is some '93 Orca or '05 Kano. What does bother me is the slow but steady stream of missing or delayed tracks from big artists. Even when albums I don't plan to listen to are affected it still rubs me the wrong way. Because their absence is almost entirely preventable, a side effect of Spotify's stubbornness.

I've written about the issue before, but to briefly re-explain, Spotify gives paying and free-tier members access to exactly the same collection. This makes a lot of artists uncomfortable -- a typical argument would be that free streaming "devalues music." Those large enough to take a stand do. In the most recent incident, Coldplay withheld its album from Spotify for a week because of the free tier. Just like Taylor Swift, the band explicitly told the streaming service that it would be happy to give it to paying customers immediately, but free tier members would have to wait. Spotify declined.

Why? Because Spotify is and has always been broke. It needs to grow its subscriber numbers to achieve the near-impossible task of being a profitable streaming company. It made huge operating losses of €55.9m ($61 million) and €165.1m ($180 million) in 2013 and 2014 respectively thanks to that search for new members. "We believe we will generate substantial revenues as our reach expands, and that, at scale, our margins will improve. We will therefore continue to invest relentlessly in our product and marketing initiatives to accelerate reach," the company's directors said in a report leaked by The Guardian. Put simply: attracting new customers is more important to Spotify than looking after its existing members.

This policy is reflected in its marketing -- not a month goes by without some headline-grabbing campaign designed to attract attention and persuade free tier members to stick around. And it's reflected in its continued insistence that those members get the same music catalogue as paying customers. It essentially operates a free, ad-supported trial, indefinitely. For everyone. The "cost" of the free tier is, of course, lower royalty rates for artists, and a steady stream of unavailable albums.

In growing frustration I've tried out other music services this past year, but there's always been a downside. Rdio was clearly a service in decline by the time I reached it. Deezer -- which I got a free year-long subscription to with a speaker purchase -- has a great collection, but its apps and overall experience just aren't as polished as Spotify's, especially on iOS. I even tried Tidal for a few days.

Apple Music, which offered a free three-month trial, impressed me with a solid experience. I use an iPhone and a Mac, so the apps are just sitting there, and in terms of user experience it's not actually a massive change. The service has a good-enough desktop app (it could definitely be a lot better, but so could Spotify's); it has a simple-enough mobile app with support for Android (essential for me, as I review quite a few Android devices); and a large music library. The one thing that was missing was Sonos support. Because almost all my music at home is played through Sonos, I abandoned the trial very quickly, with a note to return at a later date.

Apple Music's Sonos support went live December 15th, and I subscribed to the service the same day -- this is my phone in the photo. After a few days, I realized that it was a good enough alternative. And so I decided to call an end to the most important musical relationship of my life. I canceled my Spotify subscription.

It's taking some time to get used to the switch, but I'm finding some things I prefer over Spotify. That Sonos integration -- currently in beta -- is already looking like it'll be more robust than what I'm used to, with Apple's "For You" and "New" tabs in the Music app fully represented within the Sonos Controller interface. The For You section offers rock-solid curation, as well, with a decent mix of albums, artists and playlists it knows I like already and new tracks that it thinks I'll enjoy. Most of the time its recommendations are great, but it really needs to stop pushing Jack White on me!

Because there's no free tier, Apple is unlikely to ever fall afoul of the issues that drove me to leave Spotify. There will be exceptions, of course -- Adele's 25 doesn't look like showing up on any streaming service soon, for example -- but Music at least offers a (paid) way to listen to excluded albums within its app if I'm really desperate. Apple's u-turn on royalties during the free trial period also gives me some faith that it's willing to bend to the will of artists and labels to ensure customers get the widest possible range of music. I'm not yet sure how I feel about Apple's apparent policy of chasing exclusives -- the whole world deserves to see Taylor Swift in action -- but I suppose it at least adds some value to the £9.99 I pay every month.

The one thing I'm missing with Apple Music is playlists. I ported all mine over from Spotify, of course, but they're not static things. My colleague Jamie Rigg made one I listen to a lot, but if he changes it on Spotify, I won't know. I've had to tell him to keep me abreast of new tracks as and when they're added. Given that I'm a few years older, and less socially active in general, playlists don't hold the same importance they once did. Apple Music's curators also do a really good job with playlists that are relevant to my interests, but I do wish I could persuade a few friends to jump over with me. Maybe in time.

Running the math, I handed Spotify about $1,000 over my six years with the company. That doesn't seem like a crazy high number. But it is enough for me to feel like I deserved to at least matter. That maybe my needs should be put above those people that haven't given the company a penny.

To date, no company has proved that an á la carte music streaming service is a sustainable business. The fall of Rdio proves the opposite, in fact, and it's clear that Spotify needs a lot more premium members to survive as an independent company. I'm just one person, with an admittedly emotional response to a problem most people probably don't care about. But Spotify shouldn't be okay with losing me. It shouldn't be okay with losing anyone. Even if it makes the right decision now, it's too late for me.

In this article: apple, applemusic, av, entertainment, gear, mobile, services, spotify
All products recommended by Engadget are selected by our editorial team, independent of our parent company. Some of our stories include affiliate links. If you buy something through one of these links, we may earn an affiliate commission.