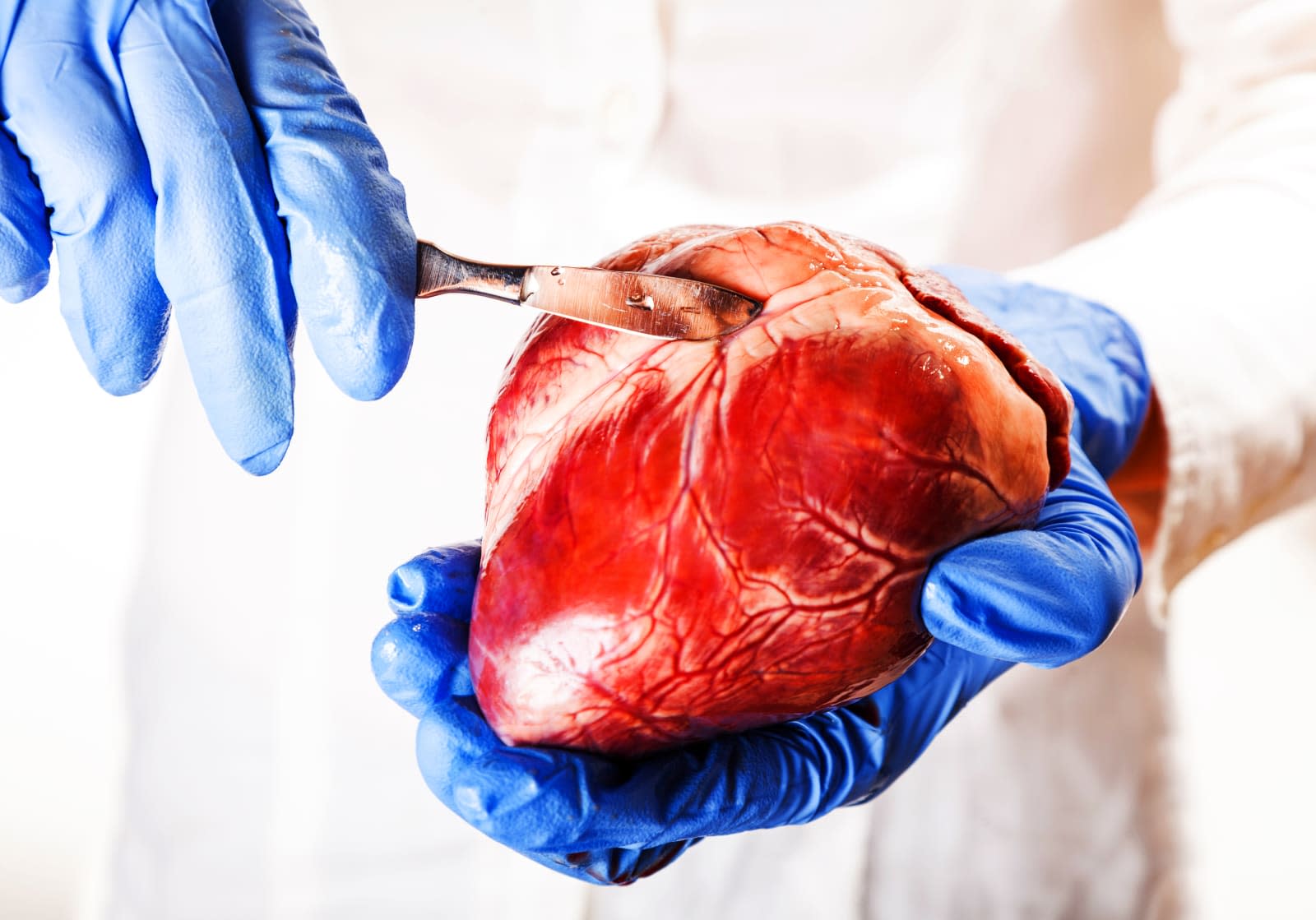 While organ transplants saw a 20 percent increase in the past five years, a lot of people in the recipient list still won't get one. That's why various scientists across the globe are trying to recreate organs in the lab. One particular group from Penn State, for instance, chose to focus on the heart, and they recently found a way to turn human stem cells into epicardium cells, which cover the surface of the organ.

They're actually well on their way to making a whole human heart -- back in 2012, they found that if they treat stem cells "with chemicals that sequentially activate and inhibit Wnt signaling pathway," they can create myocardium muscle cells. The myocardium is the muscular part in the center of the heart that stimulates contractions necessary to pump blood throughout the body. Stanford University's Wnt homepage explains that Wnt proteins regulate the proliferation of cells. Wnt signals "predominantly mediate signaling locally, between neighboring cells" and "give shape to tissues as cells are proliferating."

To transform stem cells into epicardium cells, they had to do the opposite. The study's lead author Lance Lian said they found out that "if [they] activate the cells' Wnt signaling pathway again, [they] can re-drive these cardiac progenitor cells to become epicardium cells, instead of myocardium cells."

The team is now developing a method to create cells that make up the inner part of the heart. Even now, though, their research can save lives. Lian says doctors could implant the epicardium cells they create into heart attack patients:

"Heart attacks occur due to blockage of blood vessels. This blockage stops nutrients and oxygen from reaching the heart muscle, and muscle cells die. These muscle cells cannot regenerate themselves, so there is permanent damage, which can cause additional problems. These epicardium cells could be transplanted to the patient and potentially repair the damaged region."

Last year, researchers from the Massachusetts General Hospital developed a technique to repair hearts deemed unsuitable for transplant with stem cells. A team of Japanese researchers also concocted a method to repair patients' hearts with skin stem cells injected into the organ. Clearly, it's not out of the realm of possibility for someone to create a lab-grown heart that actually works.
In this article: medicine, pennstate, science, stemcells
All products recommended by Engadget are selected by our editorial team, independent of our parent company. Some of our stories include affiliate links. If you buy something through one of these links, we may earn an affiliate commission.