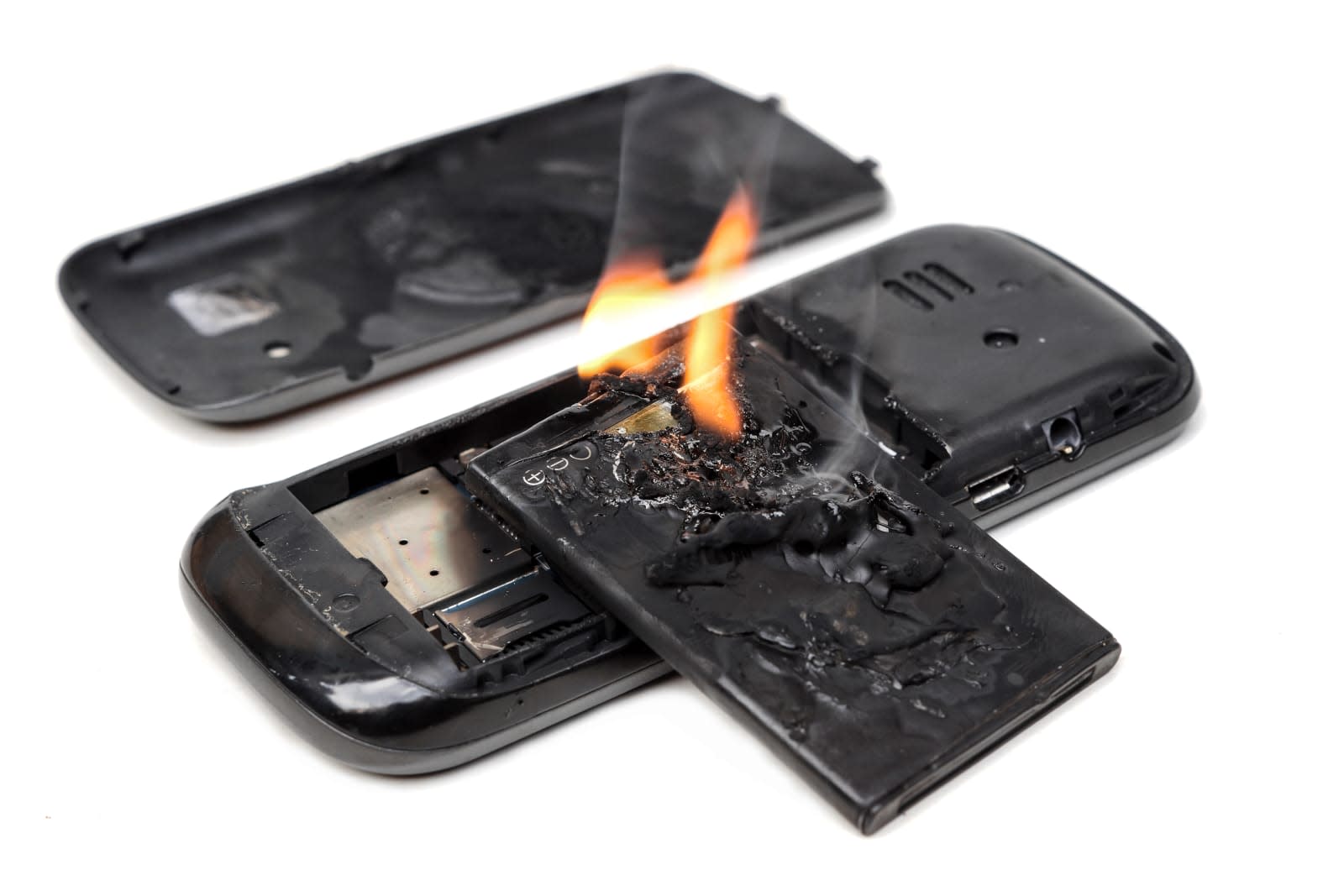 One big problem with lithium-ion batteries is that they have the tendency to catch fire and blow up all kinds of gadgets like toys and phones. To solve that issue, a group of researchers from Stanford University created lithium-ion batteries with built-in fire extinguishers. They added a component called "triphenyl phosphate" to the plastic fibers of the part that keeps negative and positive electrodes separate. Triphenyl phosphate is a compound commonly used as a flame retardant for various electronics. If the battery's temperature reaches 150 degrees Celsius, the plastic fibers melt and release the chemical. Based on the researchers' tests, the method can stop batteries from burning up within 0.4 seconds.

Previous attempts at building mini fire extinguishers inside batteries significantly reduced their performance. Yi Cui, this project's lead scientist, says this doesn't have the same effect and that the chemical won't be released under normal temperatures:

"Using our 'smart' separators, battery electrochemical performance will not be affected by the flame retardant under normal conditions. However, once there is a potential thermal runaway, the flame retardant will be activated and nip the fire or explosion in the bud."

According to IEEE Spectrum, future experiments could include ensuring overcharging and deep discharging don't activate the retardant. You can read up on what the researchers have done thus far in their paper published by Science.

In this article: battery, gadgetry, gadgets, lithium-ion, science
All products recommended by Engadget are selected by our editorial team, independent of our parent company. Some of our stories include affiliate links. If you buy something through one of these links, we may earn an affiliate commission.