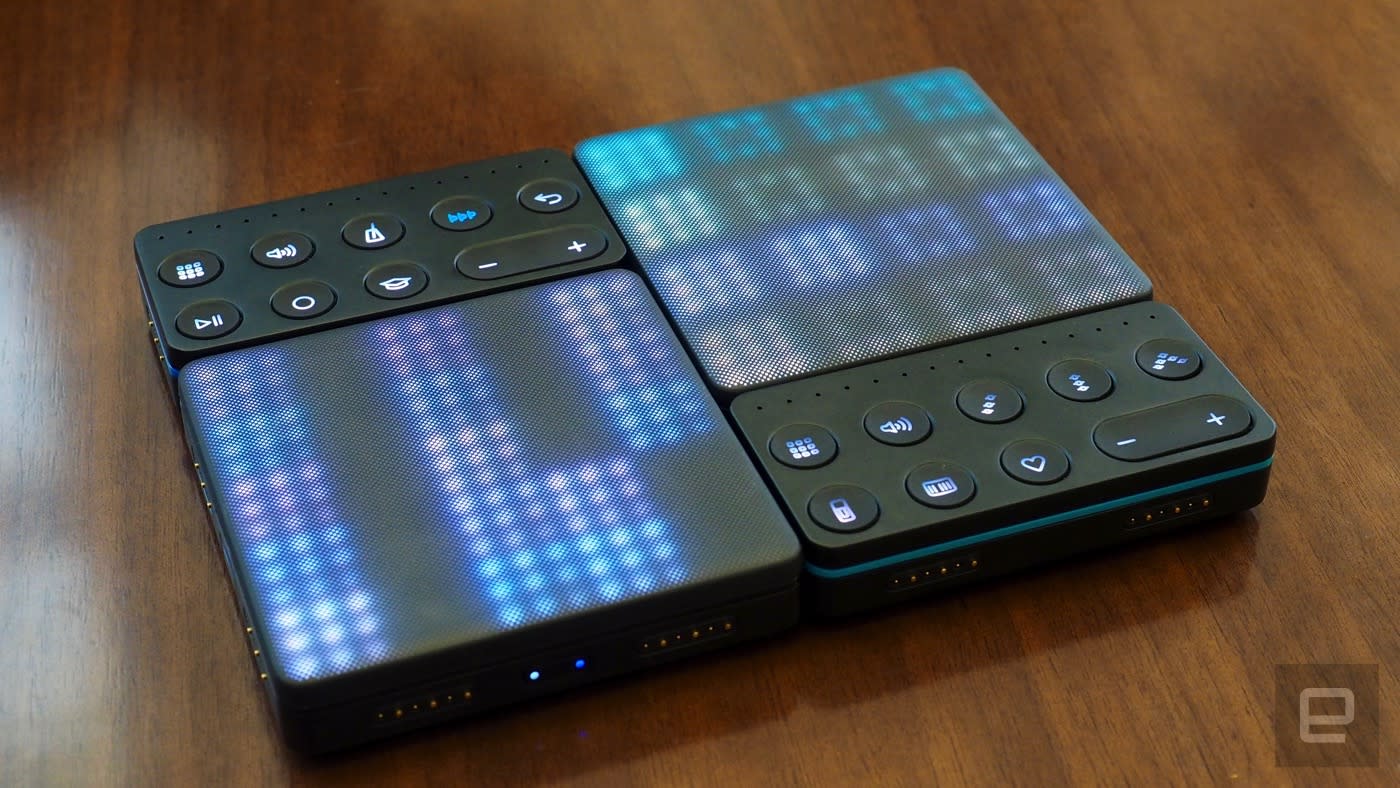 Roli's set of modular music gadgets have been around since November, but today the company announced an update that will come in handy for those who use desktop music production apps. The new Dashboard for Roli Blocks allows you to employ the LED touch-sensitive pad to control software like Logic Pro X, Ableton Live, Cubase, Native Instruments Massive and a bunch more. With the Lightpad Block and Dashboard, you can upload pre-programmed scripts and edit as needed.

What's more, Roli has a new Fader Mode for the Lightpad Block. This new feature makes it even easier to control the parameters you assign to the gadget with a new display mode. And yes, the tool works with both OS X and Windows software. The company is showing off a beta version of Dashboard at NAMM this week, but it's planning to ship the feature to all Blocks users February 16th. If you're not familiar with the gear, we caught up with RZA at CES to find out what makes the affordable gadget so compelling.

In this article: abletonlive, av, blocks, controller, daw, gear, logicprox, mac, namm, namm2017, nativeinstruments, roli, roliblocks, windows
All products recommended by Engadget are selected by our editorial team, independent of our parent company. Some of our stories include affiliate links. If you buy something through one of these links, we may earn an affiliate commission.