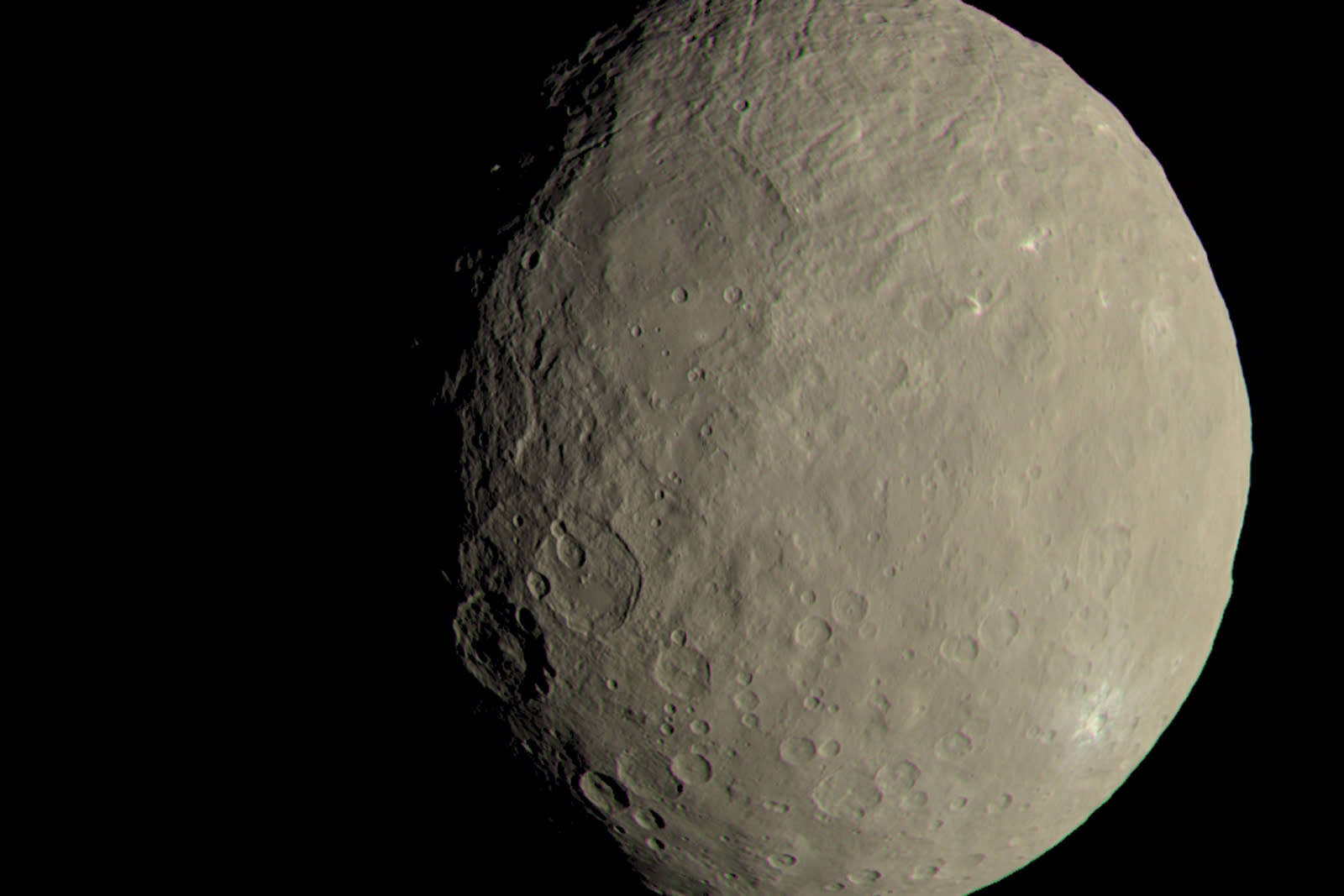 As much as we now know about Ceres, it's evident the dwarf planet still has a few surprises left. Astronomers have discovered that Ceres' surface isn't as carbon-rich as previously thought. A fresh batch of infrared scans shows that the surface is likely "contaminated" by material (dry pyroxene dust) from asteroid impacts, mixing in with 'wet' dust, ice and carbonates. While Ceres has previously been lumped into the same composition class as nearby asteroids, it turns out that it merely looks like its neighbors -- it's a different beast altogether when you dive deeper.

The revelation casts doubt on earlier theories about Ceres' origins, and suggests that it was formed at the outer edge of the Solar System before finding its way into the Asteroid Belt. That, in turn, sheds new light on both what asteroids are and how they're formed. While they may look like simple rocks, their history can be surprisingly complex.

In this article: astronomy, ceres, dwarfplanet, nasa, science, sofia, space
All products recommended by Engadget are selected by our editorial team, independent of our parent company. Some of our stories include affiliate links. If you buy something through one of these links, we may earn an affiliate commission.