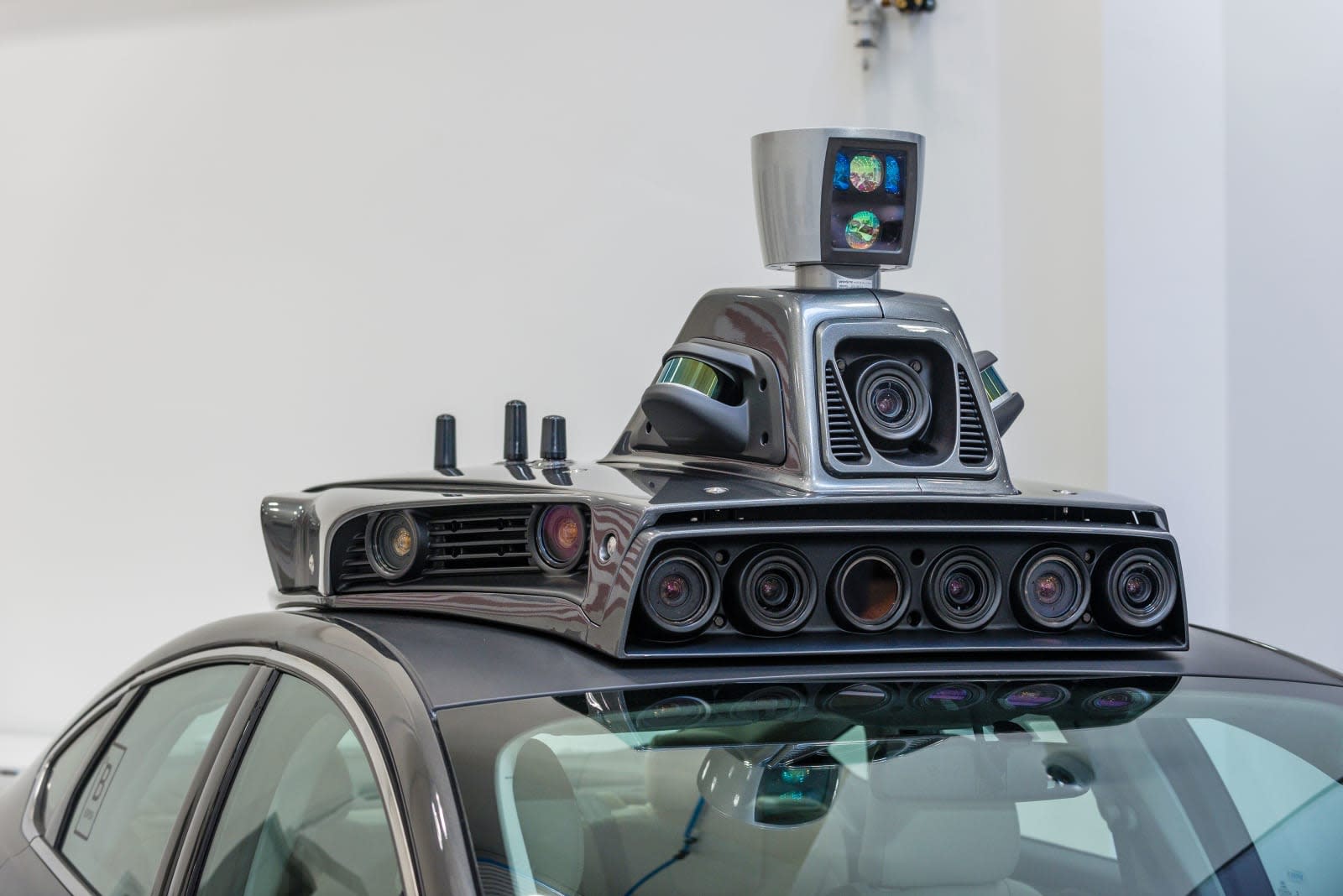 Uber's run-in with the California DMV has apparently been smoothed over for now. Although the ride-hailing giant has since shipped its real-world autonomous vehicle testing out of the state, several of the offending vehicles are once again street legal in California -- provided Uber keeps the self-driving systems turned off and a human driver behind the wheel.

Five self-driving Uber ATC Ford Fusions had their registrations revoked last month, alongside the Volvo SUVs that were loaded onto Uber's own Otto-branded truck bound for Arizona. An Uber spokesperson confirmed to Engadget that those Fords have since been re-registered with the California DMV and are now manned by human drivers collecting data and mapping the streets of San Francisco -- which the company has been doing since as far back as early September. "These cars are being used for Uber's mapping purposes only," an Uber spokeswoman also confirmed to CNET. "They are being driven manually at all times and their self-driving systems are disabled."

While the mapping vehicles will eventually play a crucial role in the infrastructure powering Uber's autonomous fleet, self-driving early adopters in San Francisco will have to wait a little longer for the regulations to catch up before they can actually hail a ride.

In this article: AutonomousVehicles, culture, fordfusion, sanfrancisco, Self-drivingCar, transportation, uber, uberatc
All products recommended by Engadget are selected by our editorial team, independent of our parent company. Some of our stories include affiliate links. If you buy something through one of these links, we may earn an affiliate commission.