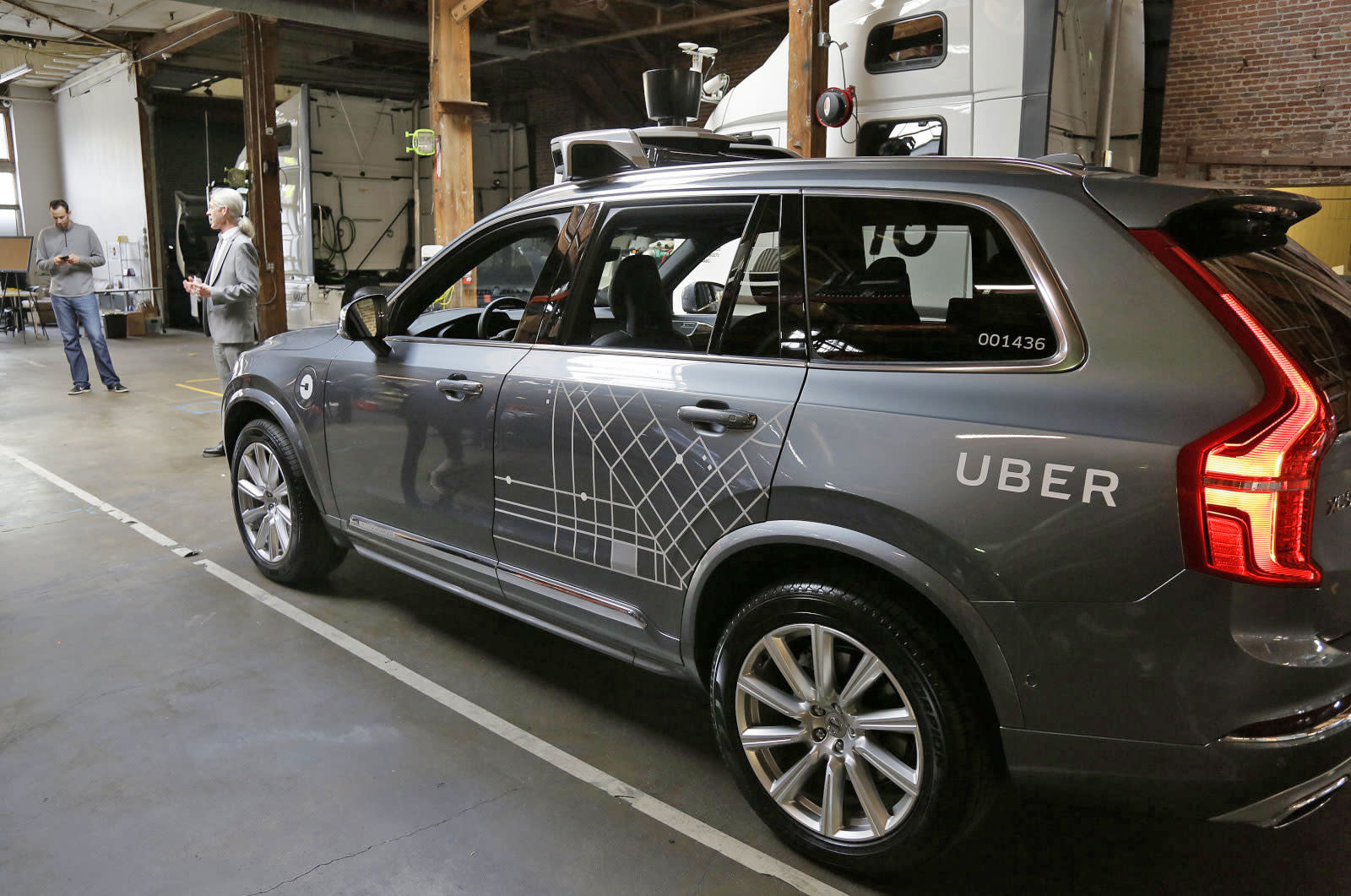 You know how Uber was certain that its San Francisco self-driving car test was legal, and didn't need a permit? It might want to rethink that assessment. California's Department of Motor Vehicles tells Uber that it must get a permit to try out its autonomous ridesharing vehicles on state roads, just as 20 other companies have done. And the agency isn't asking nicely. In a letter to Uber, the DMV warns that the firm "must cease" the San Francisco operation and apply for a permit if it wants to avoid "legal action."

We've reached out to Uber for comment and will let you know what it says. However, it previously argued that having a driver ready to take over meant that it didn't require a permit. That's supposedly only for cars that are completely capable of driving themselves, which isn't true here. However, it might not be reading the law correctly. As University of South Carolina law professor Bryant Walker Smith explains to the AP, Uber may be obeying the letter of the law but not the spirit -- permits were intended as a "gateway" to public launches, and might be necessary regardless.

As it stands, the state may have solid evidence of why it's so cautious. Mere hours after the test went live, Charles Rotter posted video of a self-driving Uber clearly running a red light. While there were no dire consequences, and Uber states that it was due to "human error" in a vehicle that wasn't part of the pilot, there's no guarantee that the next incident won't be the fault of the car or won't be as harmless. A permit isn't a surefire way of preventing accidents, but it would reassure officials that Uber isn't taking any dangerous shortcuts. In the meantime, you can read Uber's full statement on the red light incident below.

"This incident was due to human error. This is why we believe so much in making the roads safer by building self-driving Ubers. This vehicle was not part of the pilot and was not carrying customers. The driver involved has been suspended while we continue to investigate."

In this article: autonomous, california, californiadmv, culture, dmv, gear, internet, regulation, ridesharing, self-driving, self-drivingcar, services, transportation, uber, video
All products recommended by Engadget are selected by our editorial team, independent of our parent company. Some of our stories include affiliate links. If you buy something through one of these links, we may earn an affiliate commission.