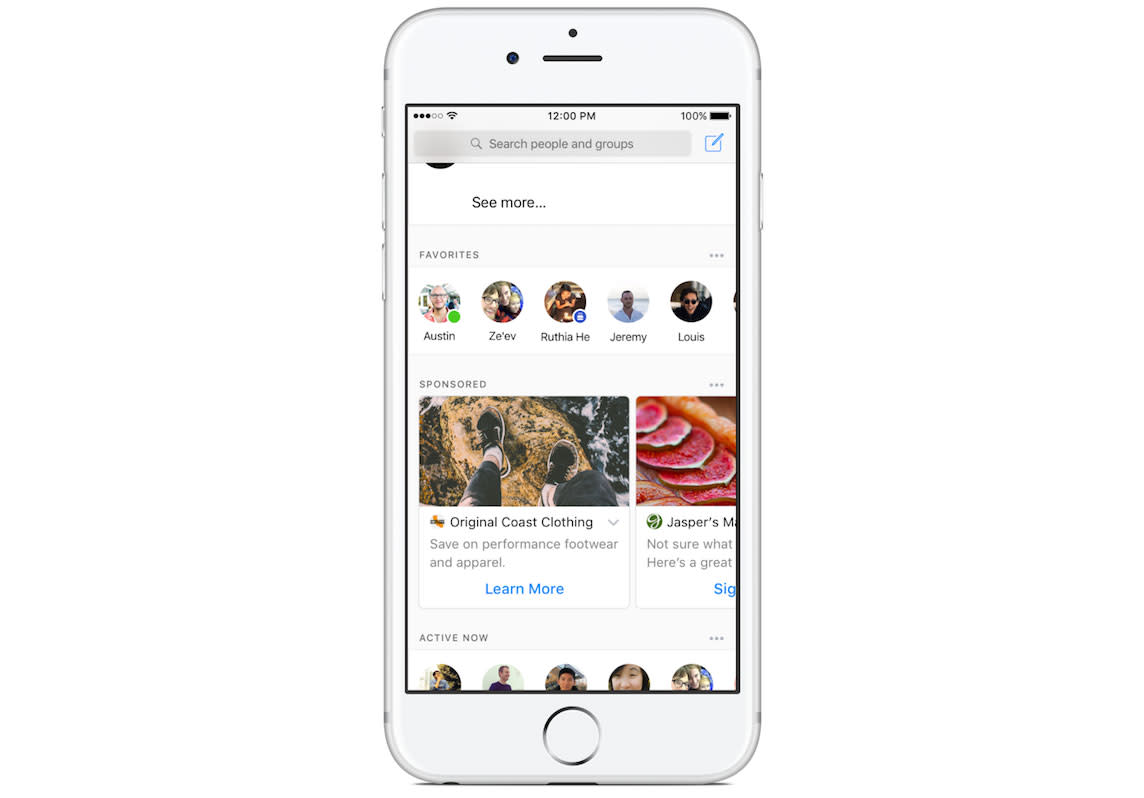 It was only a matter of time before Facebook Messenger would start testing ads, after rumors of its plans to do so leaked nearly a year ago. Earlier today, it announced that users in Australia and Thailand will begin seeing sponsored content in the coming weeks, with the experiment being labeled as a way "for people and brands to engage on Messenger." What this means, really, is that you and your friends should expect to see targeted ads in the app soon -- which won't be hard to miss, judging by the image above.

Facebook didn't say whether it plans to roll out ads for Messenger globally, only noting that it hopes to "learn a lot" from the test. Of course, nothing is free and the social network needs to find ways to benefit from the 1 billion people who use the app, but hopefully that doesn't come at the expense of their experience with the service.

In this article: ads, culture, facebook, facebookads, facebookmessenger, gear, internet, messaging, messagingapp, messenger, mobile, services, socialnetwork, socialnetworking
All products recommended by Engadget are selected by our editorial team, independent of our parent company. Some of our stories include affiliate links. If you buy something through one of these links, we may earn an affiliate commission.