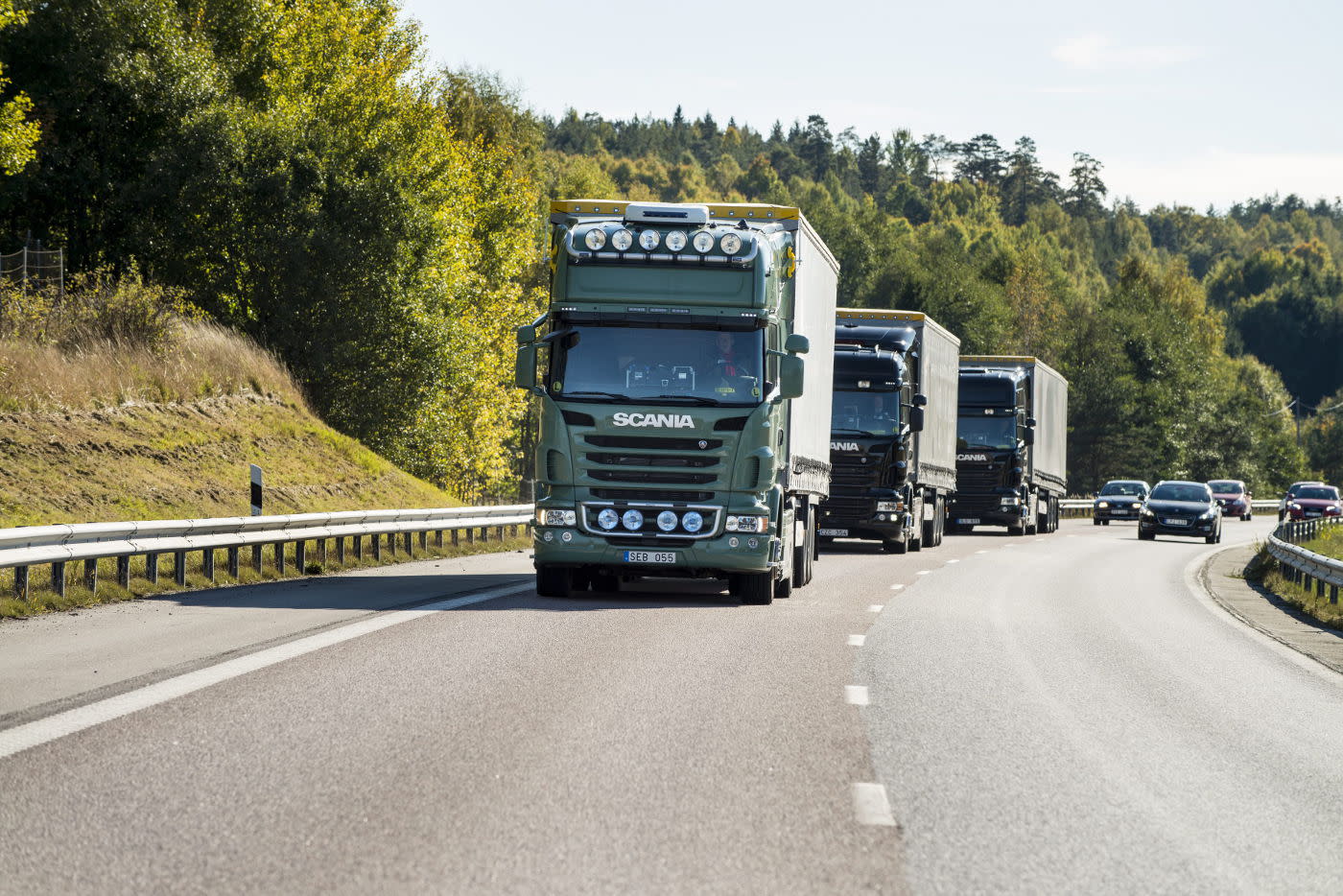 A fleet of autonomous trucks is joining all the self-driving taxis and buses Singapore is testing on its streets. Toyota and Volkswagen subsidiary Scania will begin the first full-scale autonomous truck platooning trial in the country this month. For the next three years, the two companies will operate a fleet of trucks composed of three autonomous vehicles following a manned one to transport cargo between ports. Singapore's authorities organized the project, because aside from its desire to become the world's first smart city, it's also seeking to optimize road capacity. It's a relatively tiny city-state, after all, and the number of vehicles on its roads keep on growing along with its population.

Scania's and Toyota's trial is composed of two phases. For the first one, both companies will focus on designing and refining their truck platooning technology in Sweden and Japan. Scania has even teamed up with Ericsson to improve its wireless communication between trucks. Local trials and further development of the technology in Singapore make up the second and final phase. You can get a glimpse of the partners' platooning tech in the video below if you want to see how the trucks will traverse Singapore's roads.

In this article: autonomoustruck, gear, scania, singapore, toyota, transportation, truckplatooning
All products recommended by Engadget are selected by our editorial team, independent of our parent company. Some of our stories include affiliate links. If you buy something through one of these links, we may earn an affiliate commission.