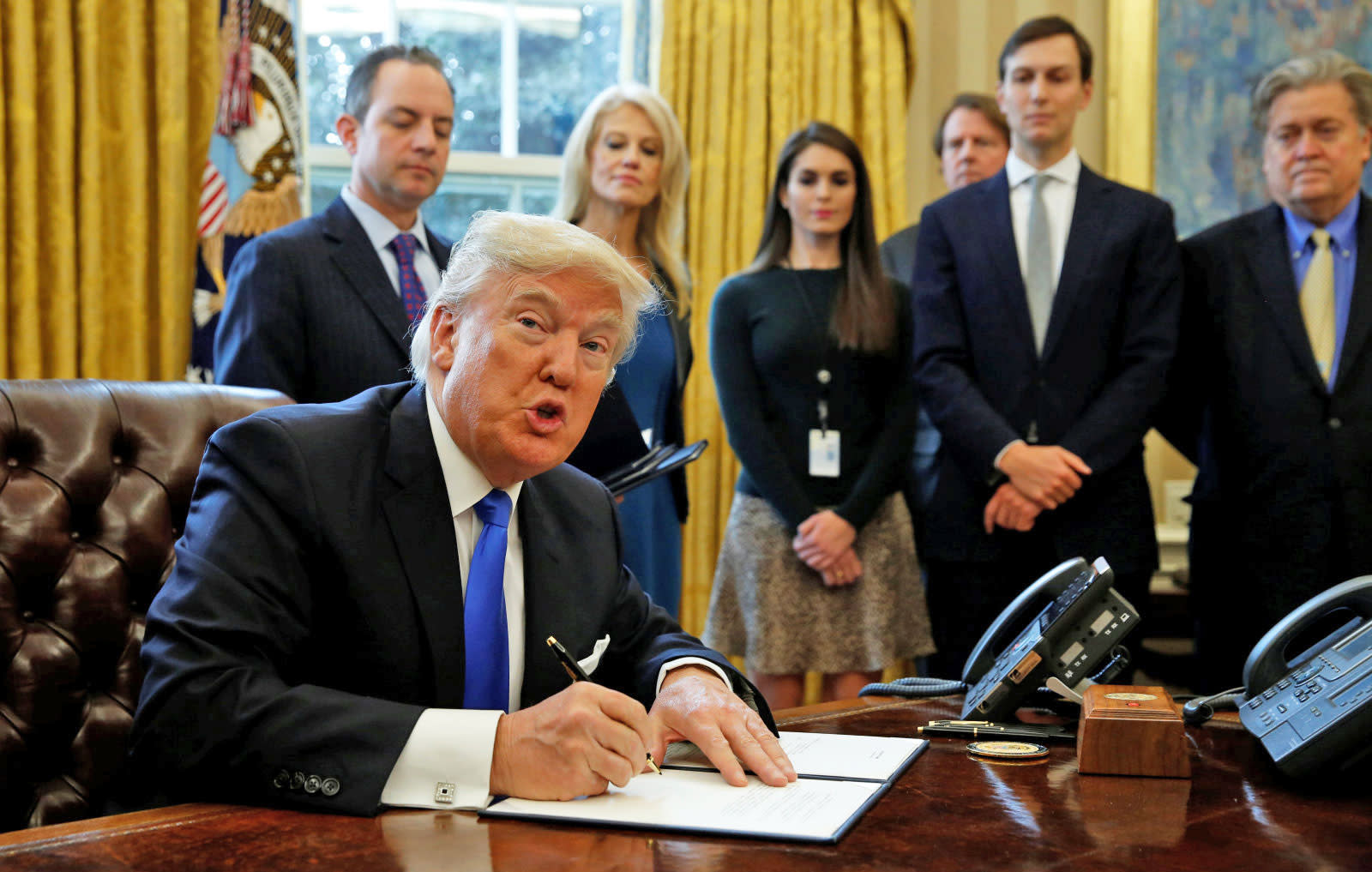 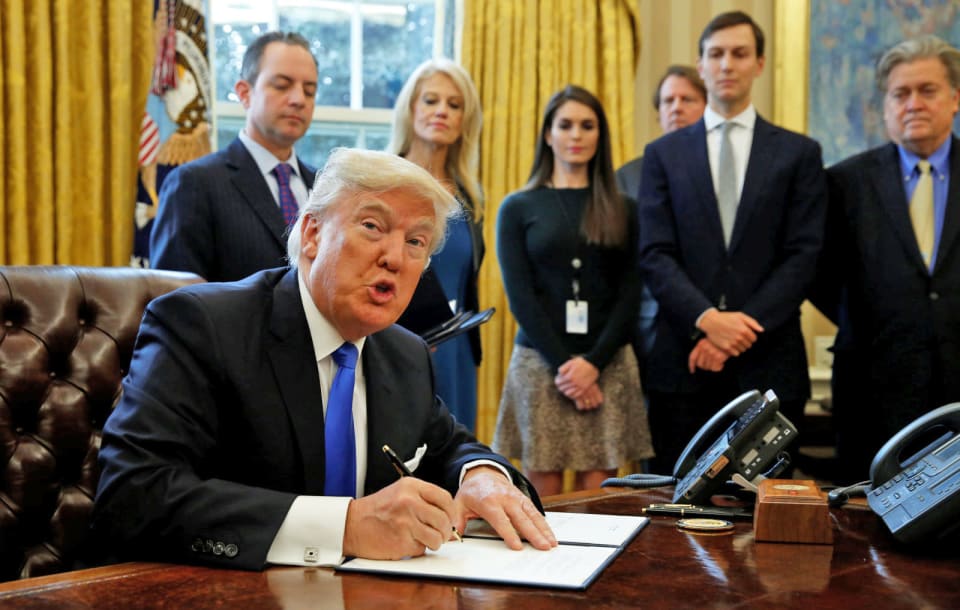 Donald Trump's senior White House staff including Kellyanne Conway, Jared Kushner, Sean Spicer and Steve Bannon all use a private RNC email server, according to a Newsweek report published Wednesday. This is the same RNC email server that mysteriously disappeared 22 million messages during George W Bush's administration and the one that US intelligence services believe was compromised by the Russians at the same time as the DNC's, earlier this year.

Using the system, rnchq.org, is not technically illegal and is often employed so that an administration's senior staff can segregate their in-party correspondence from their actual White House duties. The Office of Government Ethics does not explicitly prohibit the use of such accounts either. However any staffer that does employ one is subject to the "Disclosure Requirement For Official Business Conducted Using Electronic Messaging Accounts" law which demands that any correspondence on that server be copied and forwarded to the government within 20 days.

The George W Bush administration was actually sued in 2007 by the Citizens for Responsibility and Ethics in Washington (CREW) after 22 million such private emails never made it to the government and simply disappeared. "They don't want anyone ever to be able to come back and see what was going on behind the scenes," CREW Director Melanie Sloan told Newsweek at the time. Failing to forward emails from the private server to an official White House address is also a violation of the Presidential Records Act.

Of course, given how hard the Trump campaign hammered Clinton of her own use of a private email server during her tenure as Secretary of State, this is not a good look. Not only does this impact the White House's ability to operate transparently, it leaves the administration vulnerable to further cyber-intrusions from foreign intelligence services. The Russians have already shown that getting in isn't particularly difficult, it's only a matter of time before they -- and anybody else of a mind -- will try again.

In this article: culture, dnc, donaldtrump, email, GeorgeWBush, hacking, JaredKushner, KellyanneConway, politics, rnc, russia, SeanSpicer, security, stevebannon
All products recommended by Engadget are selected by our editorial team, independent of our parent company. Some of our stories include affiliate links. If you buy something through one of these links, we may earn an affiliate commission.
Share
Tweet
Share