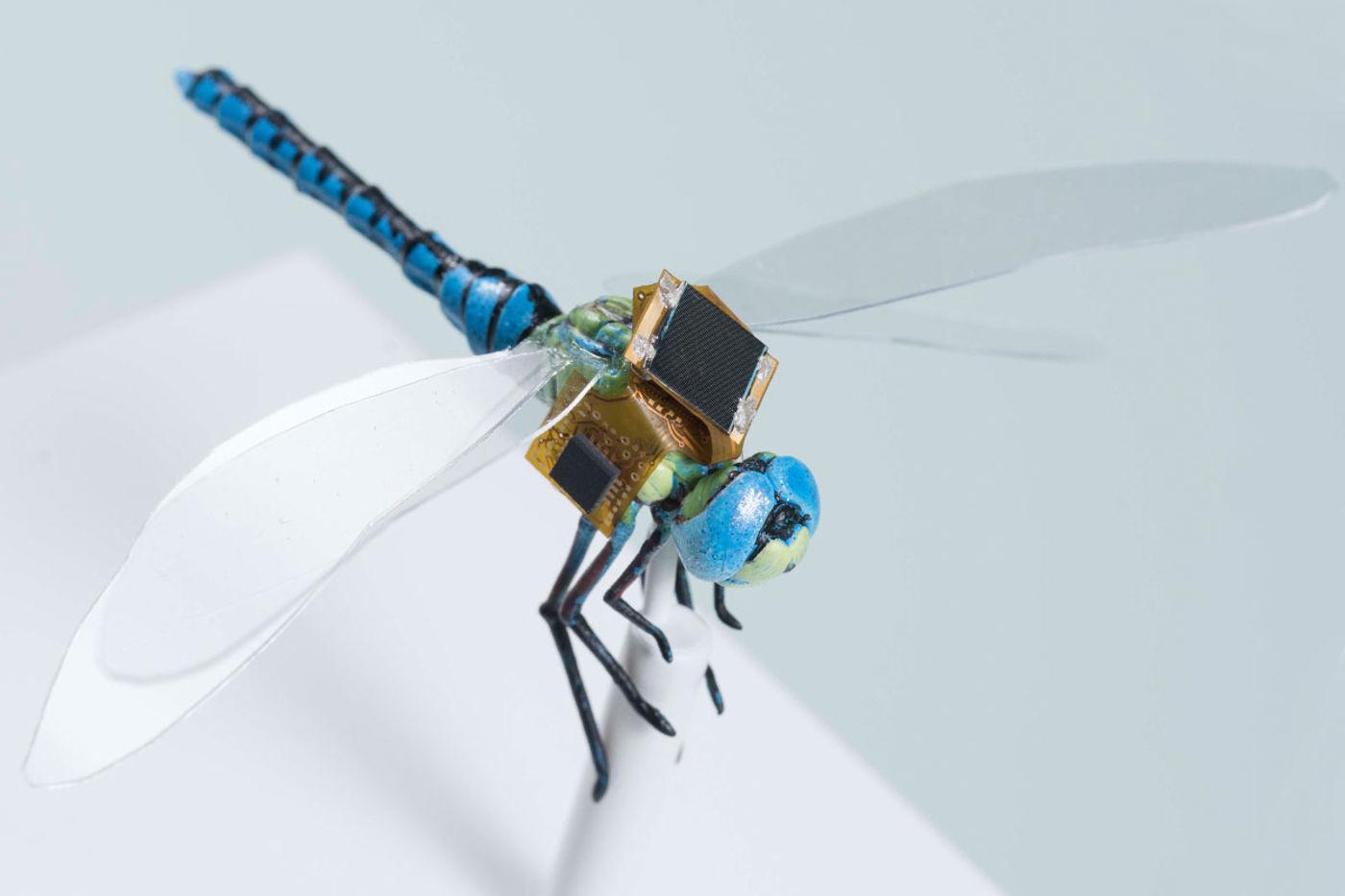 A biomedical solutions company called Draper is developing a technology that can turn a dragonfly into a living drone. They call it the DragonflEye project, and the technology's main component is a tiny backpack equipped with solar panels to harvest energy. It also has integrated guidance and navigation system composed of optogenetic tools that Draper made with the help of the Howard Hughes Medical Institute (HHMI) at Janelia Farm. The idea is to use those tools to send commands from the backpack to the "steering" neurons that control the insect's flight inside the dragonfly's nerve cord. It's a totally different approach to hijacking an insect's muscles.

To be able to control those steering neurons, the HHMI researchers found a way to make them sensitive to light by incorporating genes naturally found in eyes. With those genes in place, the tools or the "optrodes" in the backpack will be able to guide the insects using pulses of light. In an interview with IEEE Spectrum, the program's lead researcher, Jesse J. Wheeler, said his team already created the first-generation version of the system, though it sounds like they haven't been able to test it yet. He said:

"In the first year of the project, we focused on developing core enabling technologies like the backpack, optrode, and synthetic biology toolkit for the dragonfly. As we begin our second year, we are preparing to equip dragonflies with our first-generation backpacks in a motion capture room that can monitor their precise flight movements as data is captured from navigation system. This will allow us to develop precise onboard tracking algorithms for autonomous navigation."

If the technique ends up viable for practical use, it could turn dragonflies into tiny surveillance systems or pollination machines. Since the key to the technology is the backpack, though, Draper believes it could also be used with honeybees and other insects of the same size.

In this article: cyborginsect, dragonfleye, dragonfly, draper, gear, medicine, robots
All products recommended by Engadget are selected by our editorial team, independent of our parent company. Some of our stories include affiliate links. If you buy something through one of these links, we may earn an affiliate commission.