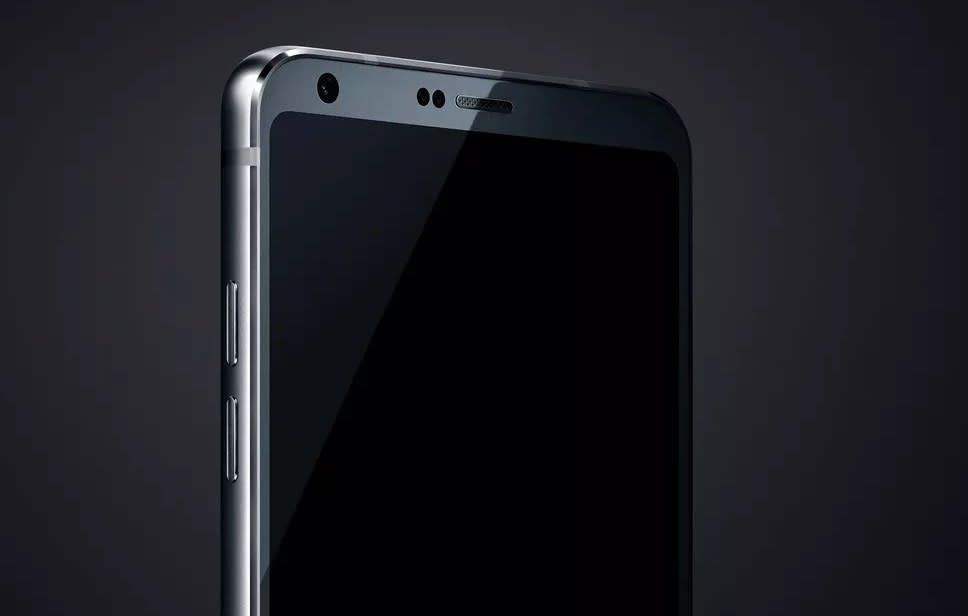 LG's G6 smartphone is a leaky flagship: CNET is reporting some good and bad points about the company's incoming G6 we've already heard. It will be water-resistant. Great! But it won't have a removable battery. Not so great. While phones with batteries that can be removed (and often swapped out by power-hungry power users), are increasingly rare, it's recently given LG a notable selling point.

What's more, CNET says the handset will feature Google Assistant as its virtual companion instead of Amazon's Alexa. According to the report, LG planned on using Alexa like it does in a number of other products, but the integration wasn't ready for prime time. If you prefer Amazon's virtual assistant, CNET says LG will still likely ship phones with the feature at some point in 2017.

Now it's appears that the G6 going to be an awful lot like the rest: slender bezels, curved corners, metallic shimmering finish, inside and out. The battery choice was done to ensure that water resistance happened, apparently. Given how its unusual modular experiment didn't set the world on fire, it's hard to blame them... from a business view at least.

Is it a case of can't beat them, join them? LG's smartphone arm still weighs down its financial figures, and it's selling less phones than recent years. The teasers and leaks don't suggest anything game-changing, but it might be the right time for LG to strike with a populist, more normal, smartphone that can draw in anyone still wary of buying a Samsung smartphone upgrade. That said, LG still has to fend of cheaper Chinese rivals, Google's own phones, and of course, the iPhone. With what seems like an unremarkable design and water-resistance be enough cut it? Let's see the full reveal first: perhaps the company has a few more tricks up its sleeve.

In this article: battery, g6, gear, lg, lgg6, mobile, mwc2017, WaterResistant
All products recommended by Engadget are selected by our editorial team, independent of our parent company. Some of our stories include affiliate links. If you buy something through one of these links, we may earn an affiliate commission.