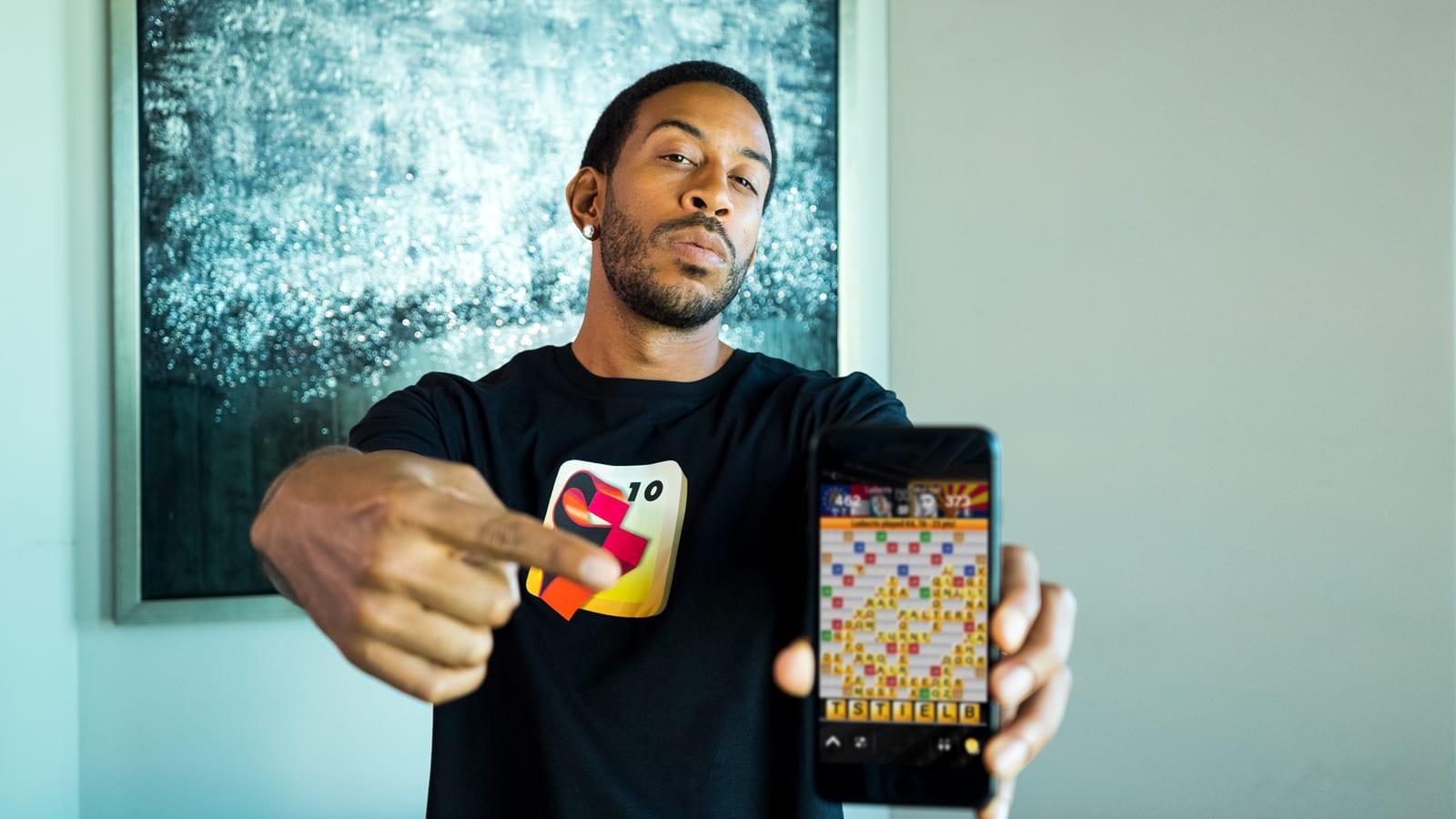 If you've ever been disappointed when Words With Friends refused to accept "bae" as a real word, then noted actor, rapper and pun aficionado Ludacris has a new app for you. The wordsmith behind Word of Mouf and Back for the First Time has partnered with filmmaker and startup founder Edwin Benton to create Slang N' Friendz, a remixed Scrabble and Words With Friends app with a much less rigid view of the English language.

That's pretty much the main draw of Slang N' Friendz: players get bonus points for peppering the board with slang words. And there's a little dose of Urban Dictionary in there too: if the game doesn't recognize your new term, you can suggest it be included in the game's dictionary with your own definition and region of origin. Visually, the game doesn't look much different than the board game and app it's based on, but it does allow players to customize the letter tiles and background to keep things from getting too stale.

"I feel like pop culture dictates what is considered as cool in this world," Ludacris, who is also an occasional tech investor and admitted video game fan, told TechCrunch. "And I think bringing people together and not limiting them to what everyone feels the dictionary is in terms of the english language, brings people closer together. It's a cool element to it."

Slang N' Friendz is currently live on the App Store and Google Play.

In this article: apps, culture, edwinbenton, ludacris, mobile, scrabble, slangnfriendz, wordswithfriends
All products recommended by Engadget are selected by our editorial team, independent of our parent company. Some of our stories include affiliate links. If you buy something through one of these links, we may earn an affiliate commission.