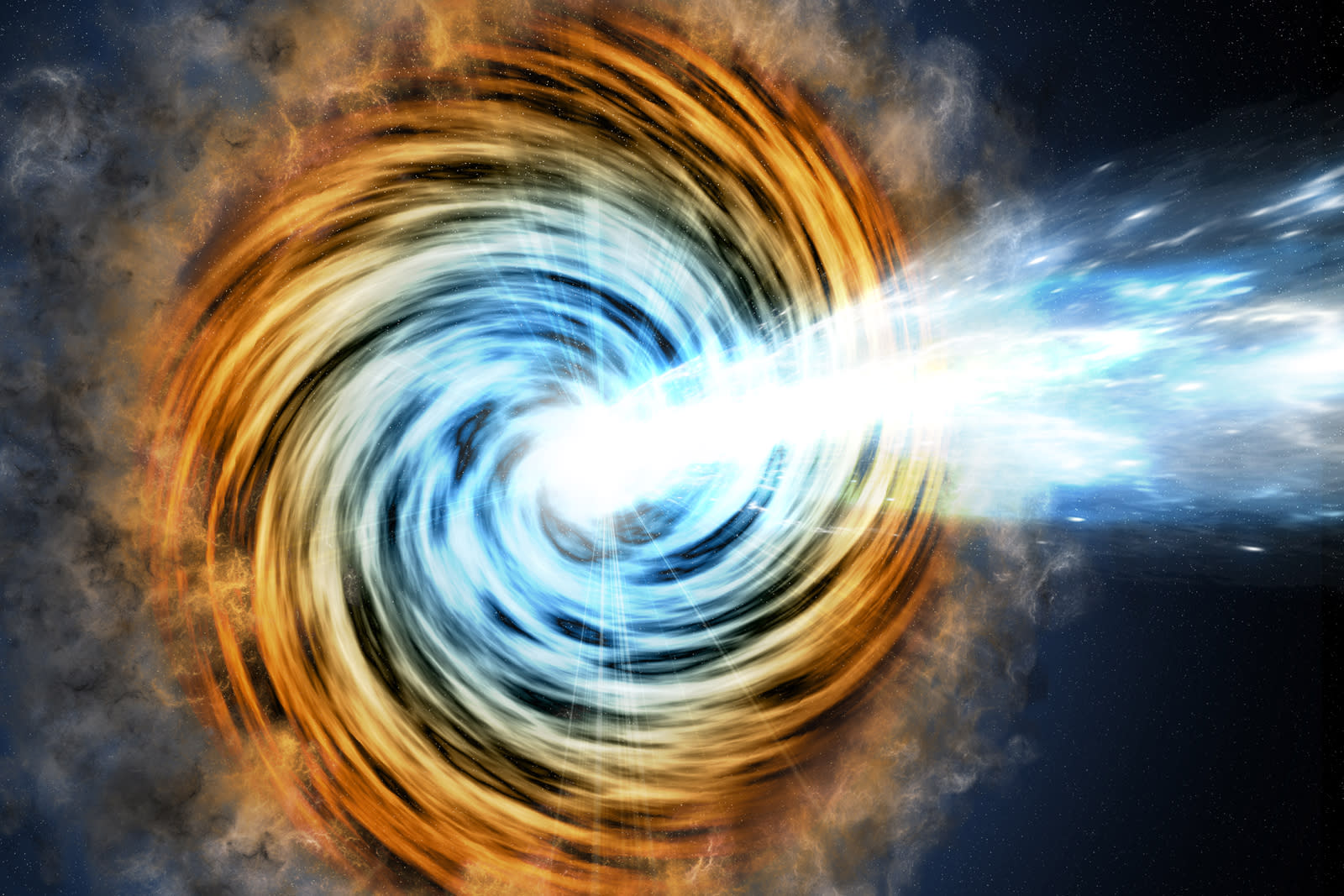 NASA's Fermi gamma ray telescope has been working overtime, it seems. Scientists using the instrument have spotted extreme astronomical phenomenon both at the far edge of the universe and close to home. They've detected the farthest known blazars, or galaxies whose central black holes are so massive (over 1 million times the Sun's mass) that they emit extremely intense light in every spectrum, including gamma rays. The oldest example existed just 1.4 billion years after the Big Bang -- ancient compared to the previous record-setter, which was visible "just" 2.1 billion years after the birth of the universe.

Researchers have also put Fermi to work spotting gamma ray bursts that originated on the far side of the Sun. While teams have detected the solar flares that cause these bursts before, scientists finally have imaging that connects the dots -- NASA's STEREO satellites caught ultraviolet imagery of the flares that lines up with the gamma rays erupting from the other side. For this to happen, the particles had to travel about 300,000 miles within 5 minutes, or 1,000 miles per second.

Both findings promise to widen our knowledge of the cosmos. The blazars by their existence may force scientists to rethink how black holes form. How could supermassive black holes come to be so soon into the universe's existence? The solar flares, meanwhile, help paint a clearer picture of solar activity than we've had so far. Fermi isn't a do-it-all tool by any means, but it has accomplished a lot in the several years since its 2008 launch.

In this article: astronomy, astrophysics, blackhole, blazar, fermi, galaxy, gammaray, gammarays, nasa, science, space, star, stereo, sun, video
All products recommended by Engadget are selected by our editorial team, independent of our parent company. Some of our stories include affiliate links. If you buy something through one of these links, we may earn an affiliate commission.