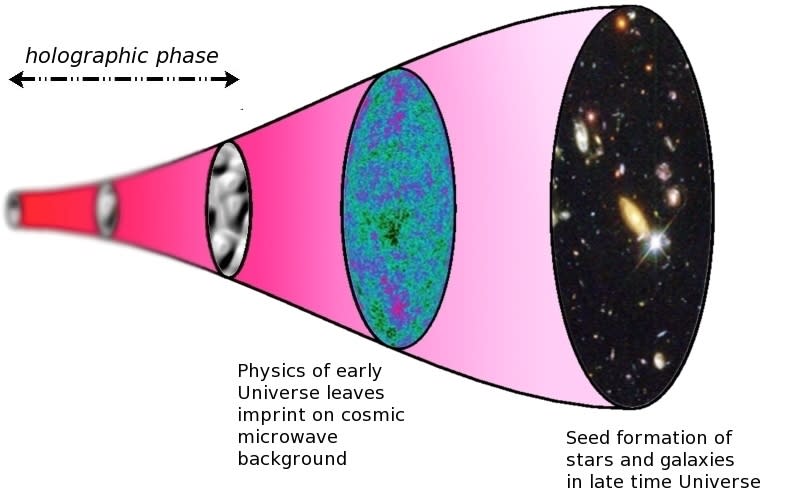 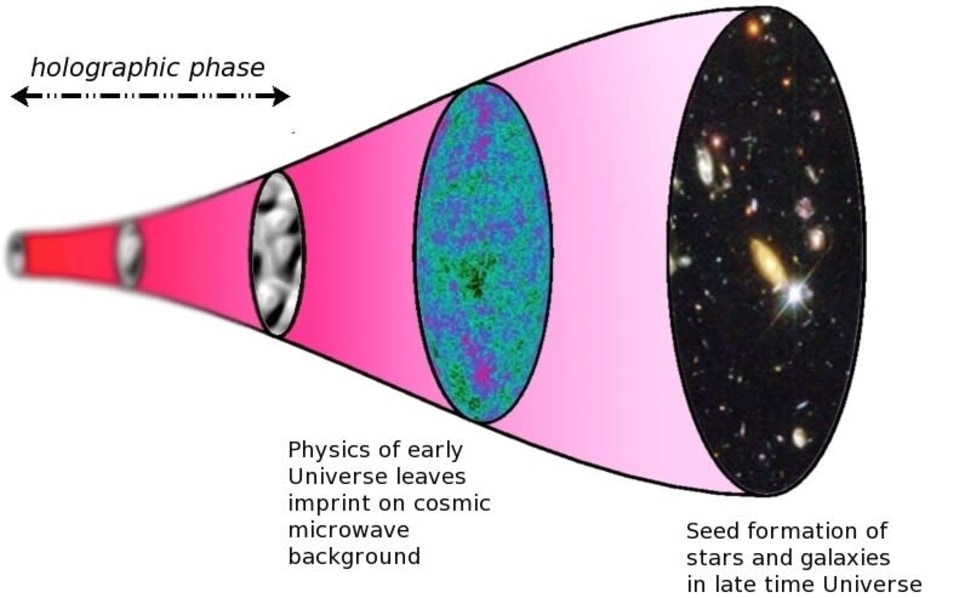 Don't freak out, but there's a good chance that the entire universe is actually a holographic projection. The theory isn't new -- we've been talking about it since the 90's -- but a new study from researchers in Canada, Italy and the United Kingdom hint that it's even more likely than we thought. Their findings, which are based on irregularities in the cosmic microwave background (the remnants of the Big Bang), suggest there's as much evidence for a holographic universe as there is for our existing models.

"Imagine that everything you see, feel and hear in three dimensions (and your perception of time) in fact emanates from a flat two-dimensional field," Professor Kostas Skenderis of Mathematical Sciences at the University of Southampton told PhysOrg. "The idea is similar to that of ordinary holograms where a three-dimensional image is encoded in a two-dimensional surface, such as in the hologram on a credit card. However, this time, the entire universe is encoded."

The notion of a holographic universe is particularly appealing to physicists, since it would reconcile irregularities with Einstein's theory of general relativity and quantum mechanics. While Einstein's findings do a fine job of explaining large-scale aspects of the universe, they break down at the quantum level. The holographic principle comes out of string theory framework, but instead of trying to establish higher dimensional levels like M-theory (which presupposes 11 dimensions), it relies on just two.

If your brain is melting a bit, I don't blame you. On a fundamental level, proving that the holographic universe won't change our lives much. But it could lend a bit more weight to slightly more "out there" ideas like David Bohm's holonomic brain theory, which suggests that the brain operates much like a hologram. (Bohm also had some fascinating thoughts about communication and meaning, which seems particularly relevant today.)

In this article: culture, holograms, hologramuniverse, holographicuniverse, science, space
All products recommended by Engadget are selected by our editorial team, independent of our parent company. Some of our stories include affiliate links. If you buy something through one of these links, we may earn an affiliate commission.