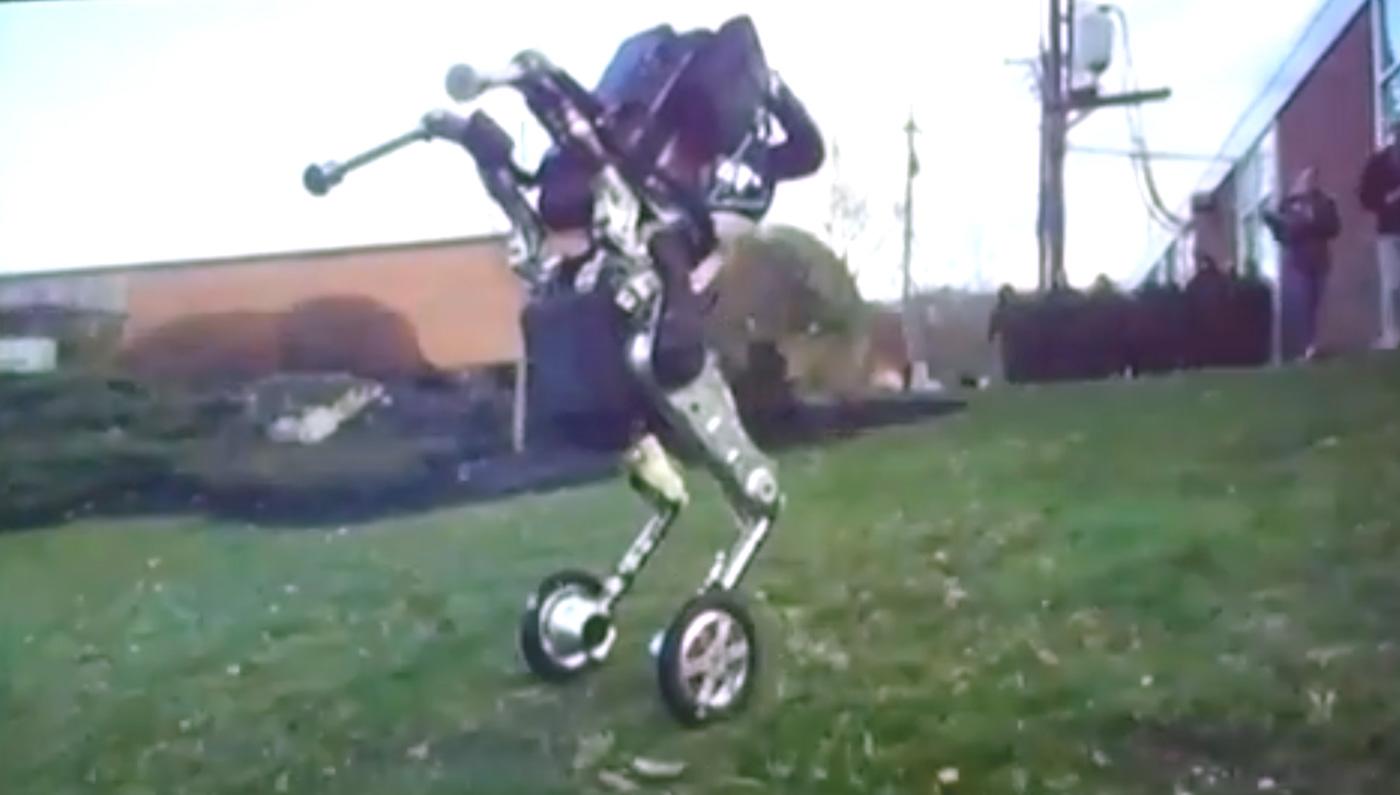 Remember the movie Xanadu about a Greek muse that comes to earth and rollerskates into everyone's heart? The leaked footage of Boston Dynamics' two-wheeled robot Handle is sort of like that. Except replace the movie's disco soundtrack with the screams of frightened humans.

The two-wheeled "Handle" robot was presented by Boston Dynamics' founder Marc Raibert at a function attended by venture capitalist Steve Jurvetson who shot the video. During the event Railbert said that the rolling humanoid was built to carry items (hence the name Handle) and is an experiment in combining wheels with legs.

He also said it's more efficient than and could be less expensive than the Atlas walking robot. Of course it would be limited to smooth surfaces.

The footage (which Boston Dynamics asked Jurvetson to blur but has since been mirrored by other accounts) shows the Handle spinning and leaping with ease on smooth surfaces. It's incredibly impressive and it's easy to see how helpful the rolling nightmare will be once it's deployed in areas too dangerous for humans.

In the meantime, maybe if Boston Dynamics adds a sound system to the Handle with a funky bass line and horn section folks will be less likely to recoil in horror if the robot ever rolls up on Venice Beach.

In this article: BostonDynamics, design, gadgetry, gadgets, gear, robots, science
All products recommended by Engadget are selected by our editorial team, independent of our parent company. Some of our stories include affiliate links. If you buy something through one of these links, we may earn an affiliate commission.