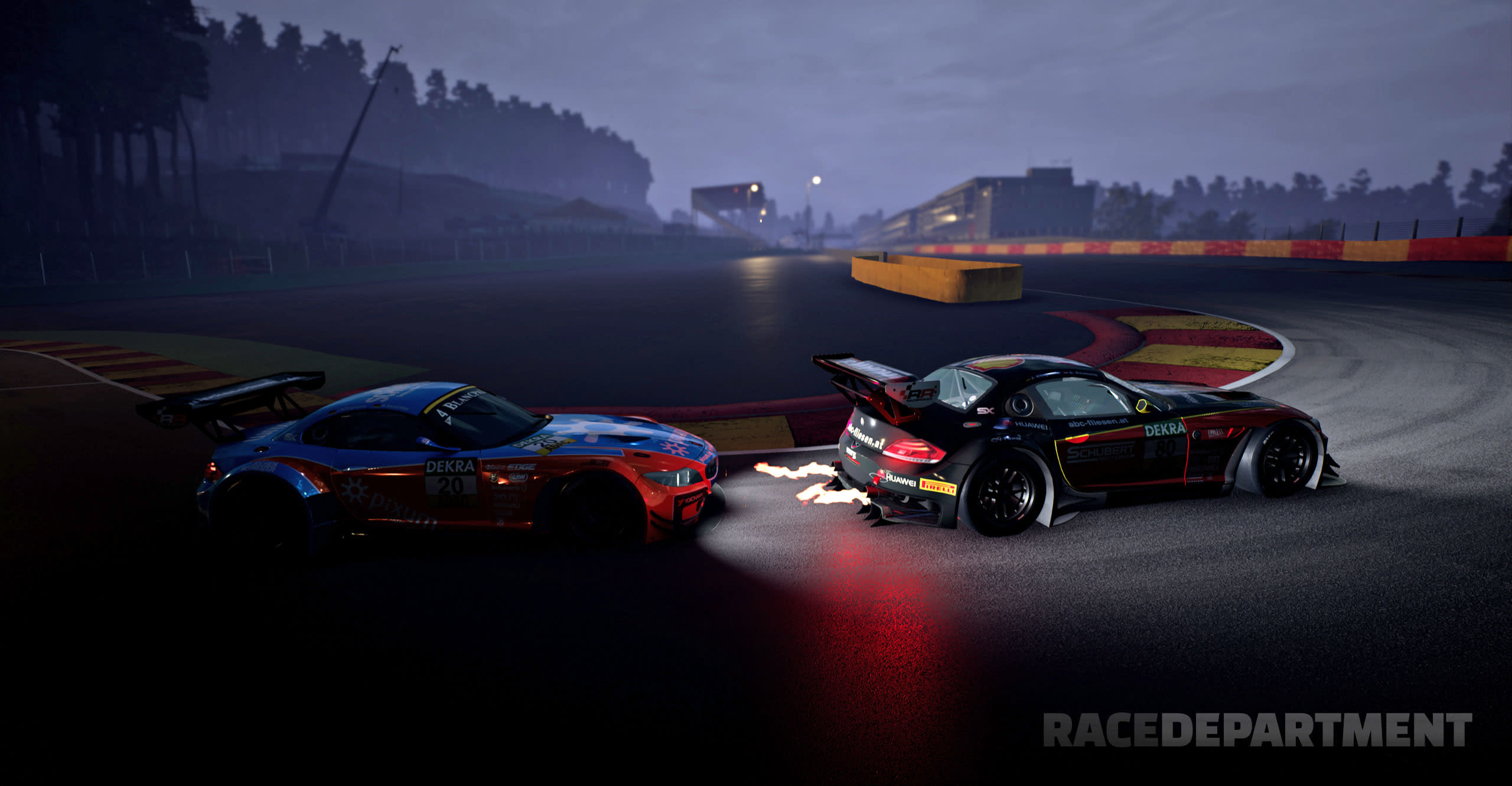 It's taken more than a decade, but GTR 2, the game rightly lauded as one of the best racing sims ever, is getting a sequel.

The game's existence was announced via the Race Department forums (spotted by Eurogamer), and will launch next year for PC, PlayStation 4 and Xbox One. While GTR 2 shot for accurate simulation, though, developer SimBin Studios UK is shooting for a broader audience with GTR 3.

Chris Speed, the CEO of SimBin's parent company Sector3, said the game will be a "proper simulation" but "needs to appeal to both sides" to succeed on consoles. Speed pointed to recent F1 games as an example of a way to appeal to the "hardcore racer" and the "casual gamer."

GTR 3 is only a few months into development and is being built on the Unreal 4 engine. Speed confirmed to Race Department that the game would feature a day-night cycle, dynamic weather and vehicle damage. Weather will affect the way cars drive, too: Dynamic water movement will allow rain to pool organically, which will lead to aquaplaning and other handling quirks.

Sector3 has been fairly experimental in recent years, toying with free-to-play models with RaceRoom, but with this game at least, it appears to be going for a more traditional release. Speed said that GTR 3 will not have RaceRoom's always-online requirement, which heavily implies it won't be free-to-play.

There are a lot of pieces left to put in place for Sector3 and SimBin. There's no publisher attached to the project; the FIA GT Championship that the GTR series licensed no longer exists; and the team that will build the game has yet to form. But knowing that a sequel to GTR 2 is at least in the works will please a lot of racing sim fans. Although the game isn't planned for release until 2018, Sector3 hopes to have a playable build within six months, so we should hear more about the game this year.

In this article: av, freetoplay, gaming, gtr, gtr2, gtr3, microsoft, raceroom, sector3, sequel, simbin, sony
All products recommended by Engadget are selected by our editorial team, independent of our parent company. Some of our stories include affiliate links. If you buy something through one of these links, we may earn an affiliate commission.