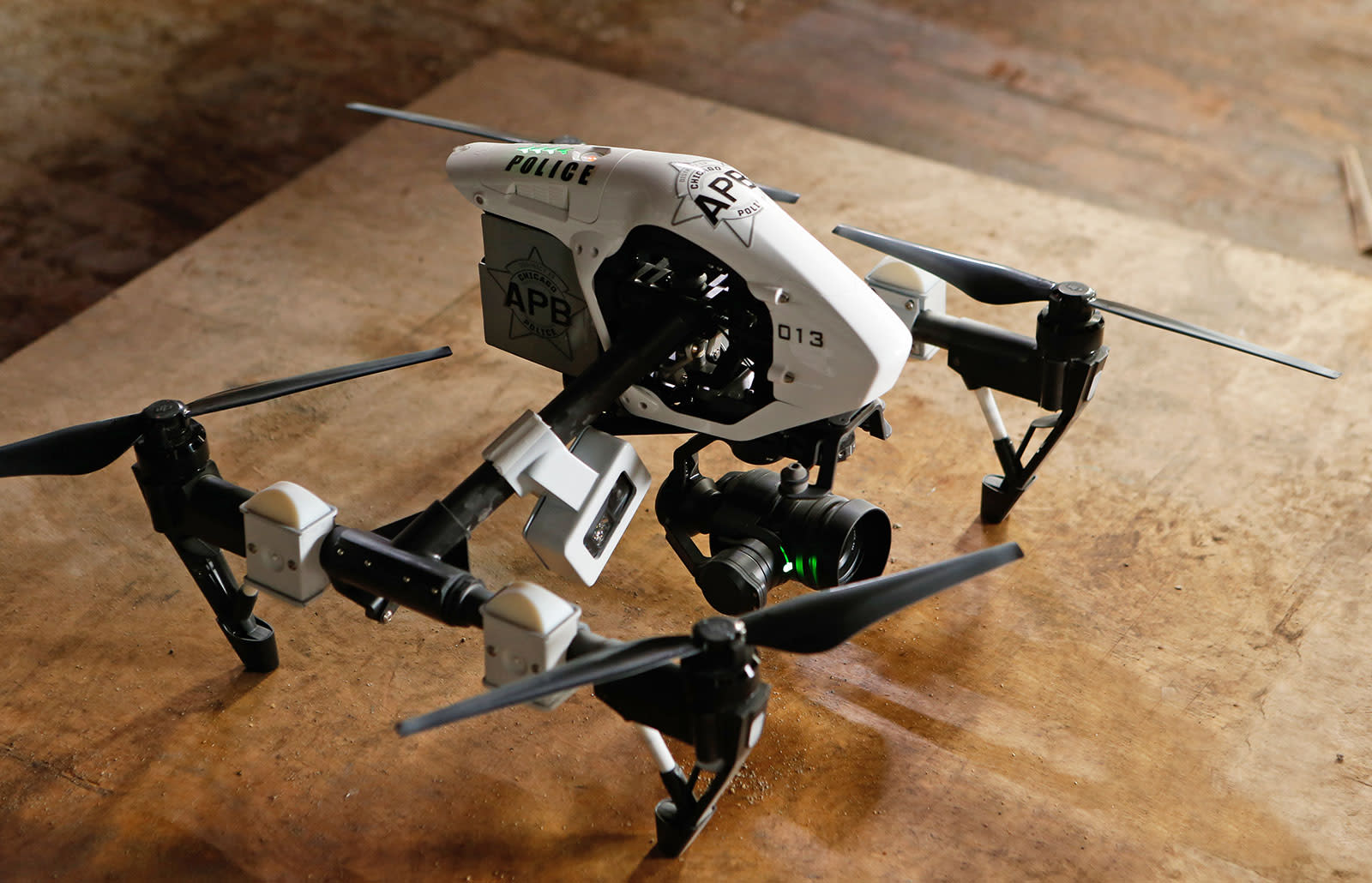 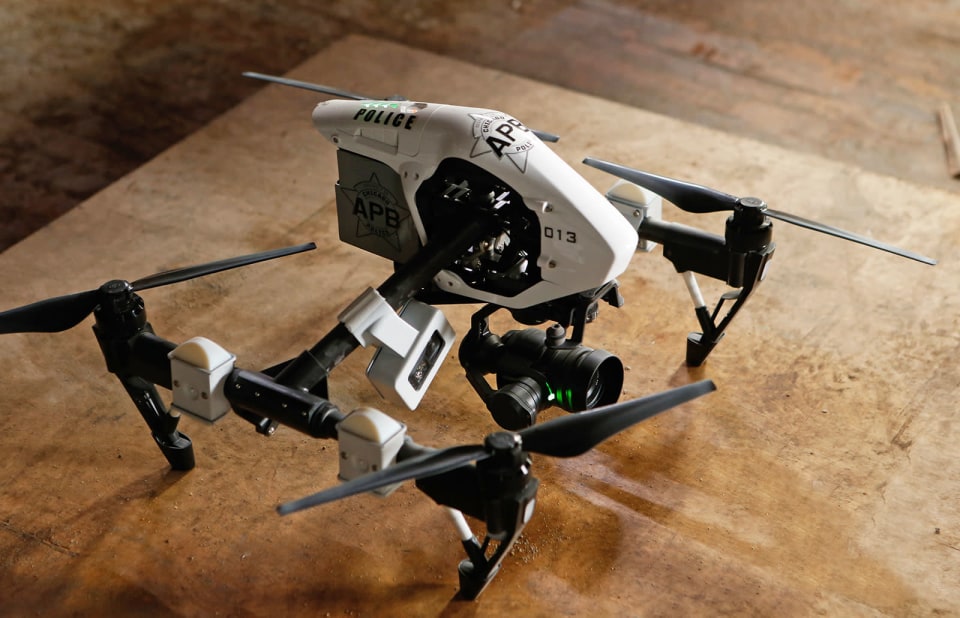 What happens when an eccentric billionaire buys an entire district of the police force and equips it with a gamut of high-tech tools to fight crime? Fox's latest crime drama, APB, is a timely take on the challenges of privatizing the police force and the implications of fighting crime with invasive technologies.

The show, which premiered on Monday night, is inspired by a real-life story of a wealthy New Orleans entrepreneur who took it upon himself to crowdsource crime alerts through an app. APB presents an exaggerated version of that reality: A tech billionaire named Gideon Reeves (played by Justin Kirk) witnesses the murder of a close friend in an act of petty violence. Enraged by the tragedy, he seeks justice at Chicago's 13th police district. Instead, he walks away with the sobering realization that law enforcement is painfully overworked and underfunded.

Reeves, an inventor cut from the same cloth as Tony Stark, decides to fund the district out of pocket, with the idea that the project will be his greatest engineering challenge yet. He takes over the police department with tricked-out cruisers, drones and eventually even robots. But his biggest contribution is a crime-crowdsourcing app called APB. It draws knowledge directly from the public and uses advanced GPS-mapping capabilities to trace the culprits. So instead of dialing 911, anyone in this fictional world can tap the app for real-time inputs on a crime or a suspect.

From the get-go, the show attempts to tackle the complexities of privatizing the police force, a collaborative effort that already exists in real pockets across America. According to a New York Times report on the real-life New Orleans app, there are 450 such partnerships in place, with one of the largest operating out of the University of Chicago, not far from where the show APB is set.

The show also touches on the delicate relationship between humans and technology. At times, the tools seem to augment the fine-tuned instincts of the cops on the ground, but other times they fail to have an impact without human oversight. While this tension is already widely played out in sci-fi dramas, APB attempts to go deeper into the ethics of using technology. What happens when you use an all-seeing drone to catch a criminal? What's at stake when you deploy technologies on the streets of a crowded city?

I caught up with executive producer Trey Callaway to find out more about the ways in which APB could take on the strengths and limitations of technology in law enforcement and society today.

As soon as I started watching the pilot, I knew this wasn't going to be another Minority Report situation. There are body cams, drones and a crime-fighting app. The premise of the show feels current and plausible, even. Was that always the intention?

You're right. We decided early on that this wouldn't be Minority Report. This is not science fiction. We want it to feel very real and grounded in terms of the technology that we use in the show. From the fictional aspect, of course, we have this billionaire who has unlimited funds at his disposal. But we really want to use technology that if police departments today could afford it, it's available to them. But the other side of this is that, as much as we love technology, we don't ever want it to be a magic wand that fixes all of our problems in this series.

Sometimes technology will fail, like it does occasionally, but we go to great lengths in the writers' room to come up with problems that are unintended or tools that have unanticipated consequences, like privacy issues or civil liberty issues when it comes to law enforcement. We often say as much as we love Tony Stark from the Iron Man movies, what you never see in those stories, because they're big and broad, are the consequences the day after he blows something up or tears up the city streets. Where's the line of lawyers that would be outside of his door? That's something we play with heavily in the series. We love and embrace technology, but we also want to explore the ways in which it unintentionally hurts us.

For a show that's pegged as a high-tech series, what's the balance between conceptual technologies versus more-practical tools?

For the most part, at the very least, it has to be beta tested. We don't allow ourselves to make things up. It has to be something that is demonstrated somewhere. It may not be used for law enforcement purposes. In fact that's a sweet spot for us. We try and stay away from technology developed specifically for the police or military. It's frankly more interesting and surprising to let someone like Gideon Reeves bring all kinds of available technology to the department.

At one point we use a new conceptual space shuttle cockpit chair based on actual technology. This shuttle chair is designed to carefully monitor an astronaut's biometric information, but we, in the show, use it to monitor the emotional state of a suspect during an interrogation. That's a repurposing of a technology that's designed for a very different purpose but is put to use in an interesting way that's also problematic. The technology exists, but we're using it unexpectedly.

We've also directly played out the conflicts that are inherent within policing right now that make the headlines. We borrow from the original NYT article, so when Gideon Reeves unveils the APB app, which is powerful in its ability to connect citizens directly to the police in a way that wasn't possible before, it creates unperceived consequences like holding that technology for just one district against the backdrop of Chicago that is impacted by violence in so many different ways.

We create high-tech side arms for the cops, as you see in the pilot. We explore that further as the season goes on; we introduce lethal and nonlethal capabilities. They are based on real designs but haven't been implemented by law enforcement yet. The benefits are obvious: You get two weapons and have a choice in the moment whether to fire a lethal or nonlethal round. With that kind of choice comes controversy, and that's another sweet spot for us.

The complexities of the privatization of law enforcement are briefly touched upon within the pilot itself. Do you flesh out the benefits and the limitations of that through the season?

It's definitely something we explore further. One of the ways we do that is by exploring the flip side of Gideon's decision to embark on this bold experiment. All the money he is spending is coming at the expense of the other companies he owns, and that creates corporate problems for him and internal strife within the company. Some of the individuals who are part of those previously successful corporations try to figure out if there's a way they could profit from this costly experiment. That creates a difficult conundrum, because Gideon does have responsibilities toward shareholders but also has the personal relationships that he develops in the 13th district with Detective Murphy [played by Natalie Martinez] and Captain Conrad [Ernie Hudson] and the whole force, which meets him initially with some resistance but later comes to see the value in his resources and his genius. It puts him in a difficult spot of trying to figure out how to please opposing masters. It gives us an opportunity to explore the problems that privatized policing can create.

"We love and embrace technology but we also want to explore the ways in which it unintentionally hurts us."

There seems to be an interesting play between human instincts and technology. In what ways will we see that tussle played out further?

It's always a delicate dance. We explore that through things like body cameras, a controversial issue in law enforcement. Gideon wants cops connected through audio and video at all times, which can be helpful but can create privacy problems for each of the officers. The notion of repurposing a shuttle chair to try and surreptitiously read the biometric information from a suspect -- is that evidence permitted in court? Drones, which are introduced heavily, take on multiple forms throughout the season. Those are opportunities to get a bird's-eye view, literally, on all kinds of crime, but again it runs into privacy issues that are very real and not easy to ignore.

This is a delicate dance that has happened historically within the police department even with all kinds of antiquated technologies. Sometimes you have to be sneaky to catch the bad guys, but how sneaky can you be legally? That's a fine line.

What kind of research did you put together to explore those legal implications and ethics of relying heavily on technology?

The show is born from a lot of research, and our staff represents all kinds of voices. One of our writers is a 10-year veteran of the Chicago Police Department, and so we get a unique perspective there. We work closely with the real Chicago police department, and there's a tech adviser that we work with.

But you know, first and foremost, our job is to entertain and we hope this is the most action-packed crime drama that people have seen in quite some time, but the thought-provoking part is key for us. That whole notion of how technology helps but how it could potentially hurt us -- that's great food for thought. In the rush for innovation and launching technology, which I am one of the first people to jump on, you can never guess what the hidden costs may be, and that's really fertile territory for episodic crime drama.

In this article: APB, ChicagoPolice, CopDrama, CrimeDrama, drones, entertainment, fox, FoxEntertainment, police, robots
All products recommended by Engadget are selected by our editorial team, independent of our parent company. Some of our stories include affiliate links. If you buy something through one of these links, we may earn an affiliate commission.