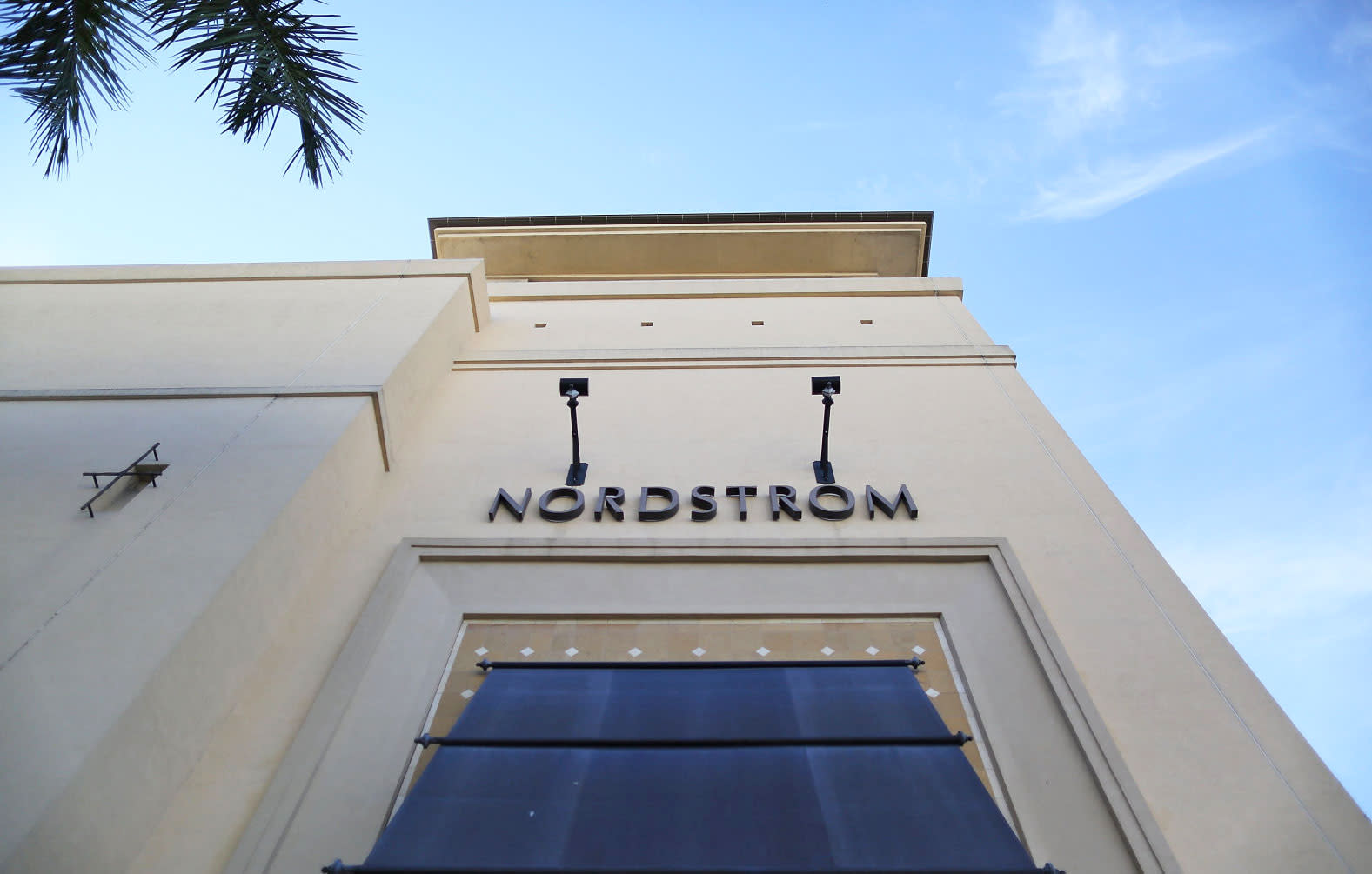 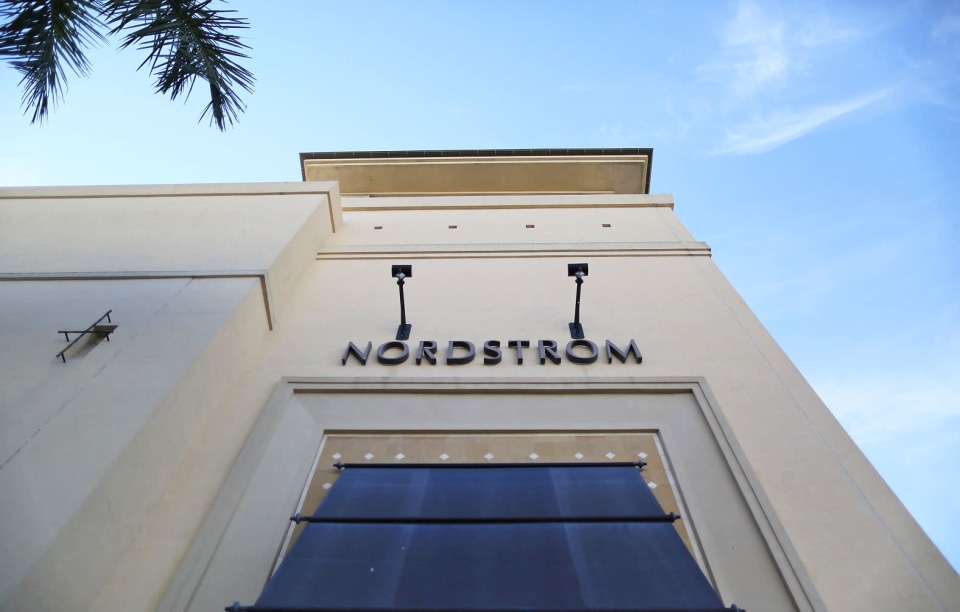 When Donald Trump became president of the United States, many thought his off-the-cuff tweeting days were over. Surely he would adopt the seriousness of his new role as leader of the free world and apply more discretion over what he says on social media. It seems, however, that he hasn't. In the past month, he has used Twitter as a platform to shout down federal judges, complain about Saturday Night Live and launch endless attacks on the media. On Wednesday morning, the president once again went on Twitter to air his grievances, but this time, he took aim at Nordstrom. He said:

"My daughter Ivanka has been treated so unfairly by @Nordstrom. She is a great person -- always pushing me to do the right thing! Terrible!"

My daughter Ivanka has been treated so unfairly by @Nordstrom. She is a great person -- always pushing me to do the right thing! Terrible!

Many of the responses to this tweet mentioned how weird it seemed for Trump to be talking about his daughter's clothing line, which seems rather inconsequential when compared to matters of government. What's even weirder is that the @POTUS account retweeted it, meaning that either he or someone on his team wanted that message spread far and wide.

Some also thought the tweet represented a conflict of interest, because it looks as if he's using his power for the financial benefit of his family. And indeed, if you look at the US Office of Government Ethics guidelines for the Executive Branch, it clearly states that "an employee shall not use his public office for his own private gain, for the endorsement of any product, service or for the private gain of friends, relatives, or persons with whom the employee is affiliated in a nongovernmental capacity [.]"

The problem, however, is that the president is exempt from this rule. "If he was any other person in the government, it would be a clear violation," said Jon D. Michaels, a professor at UCLA's School of Law. "Because he's attempting to use his position to influence the financial well-being of his family." But as laid out in federal statute Title 18 US Code Section 202, the president and vice president aren't subject to the same rule. They're not considered officers or employees of the government.

Well, why aren't they? There are a couple of reasons. "One explanation is that there are certain times where the president needs discretion to act in a way that we wouldn't accept from a lower-level official," said Michaels.

But what's more likely is that until now, it just wasn't necessary for the law to apply to the president. "Under normal circumstances, we wouldn't have to dig around for these statutes, because the president knows that all eyes are on him at all times. He's going to presumably behave in a way that steers clear of such conflict."

Obviously, however, we live in different times. "This is new," Michaels said. Previous presidents never saw the need or desire to take advantage of this exemption. "Largely as a manner of practice and custom, presidents have steered clear of it." Plus, Michaels pointed out that one of the reasons presidents never did this is because it would have severe political cost, possibly alienating potential voters.

Additionally, the tweet doesn't make clear the president's intent. Does he plan to lead a boycott against Nordstrom? Is he planning some kind of regulatory repercussion? It's not clear that he's going that far, thus avoiding any potential legal issues, said Michaels.

The president is still subject to a few conflict-of-interest laws, of course, such as the emoluments clause that prevents him from accepting presents from foreign governments without congressional consent. There are also laws that require financial disclosures, and anti-nepotism laws that prevent family members from gaining positions of power. But the president has so far skirted most of these issues.

"This administration is essentially getting as close as possible to violating a lot of laws, but never actually stepping past it," said Michaels. "The more he does, the more he pushes these lines [...] the more people will push back. The poll numbers are very low for a president in his first 100 days."

It's culturally and politically problematic.

But even if it isn't illegal, the whole thing still doesn't look good. "It has all the appearances of serious impropriety," said Michaels. "It's not law, but it is much more about the pitfalls of maintaining the legitimacy and impartiality of the office of the president. It's culturally and politically problematic."

"While the president directly calling out brands for alleged unfairness toward his daughter and her brand is completely in character for him, it's not in line with what we expect the president of the United States to be concerned about or focusing his time on," said Chris Allieri, founder and principal of Mulberry & Astor, a marketing and communications consultancy.

"Imagine if the judges had tweeted back at Trump when he called them out," said Michaels. "We wouldn't want that. It would be completely debasing the judiciary. One of the reasons judges command our respect is because they're careful when they speak."

"By engaging in this sort of petty, hyperpersonalized public discussion, he further weakens his ability to lead a very divided nation," said Allieri. "He has built a brand on plain-talking attacks, high on timeliness and bravado and low on accuracy, diplomacy or tact."

In this article: culture, internet, nordstrom, politics, president, trump
All products recommended by Engadget are selected by our editorial team, independent of our parent company. Some of our stories include affiliate links. If you buy something through one of these links, we may earn an affiliate commission.
Share
Tweet
Share