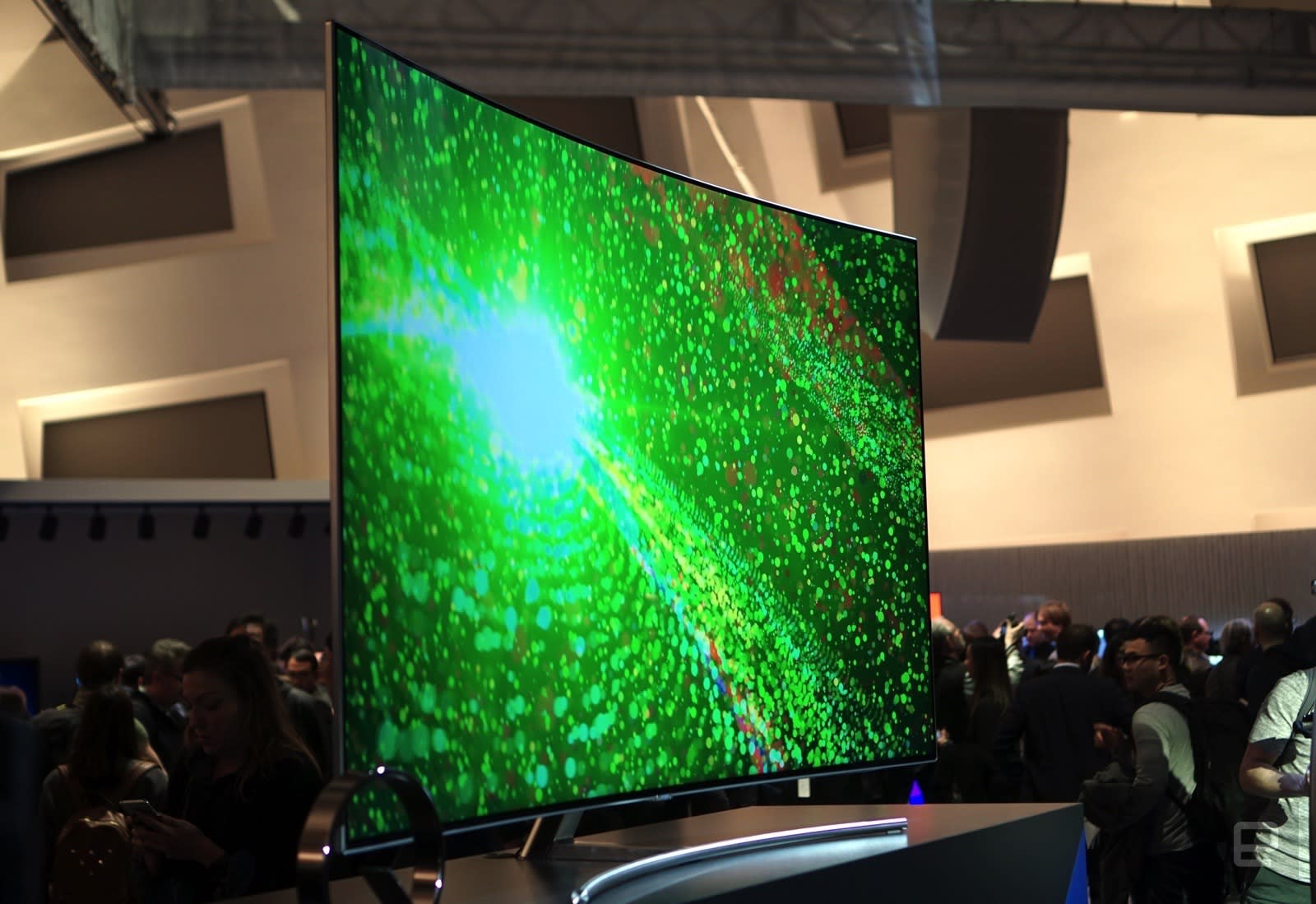 If you've been waiting to buy one of Samsung's QLED 4K TVs, which were unveiled at CES 2017, today is your lucky day. The company is now taking pre-orders for its Q7 and Q8 sets, starting at $2,500 for a 55-inch, non-curved model. In case that's not big enough, you could shell out $6,000 for a 75-inch Q7 or $4,500 for the curved Q8. What's missing from this list is the flagship Q9 panels, which Samsung still hasn't revealed pricing for.

As a refresher, the QLED lineup is intended to rival high-end TVs from LG and Sony, with the promise of Quantom Dots delivering a picture quality on par with OLED technology. Samsung says the Q7 and Q8 are expected to ship "late" February.

In this article: 4k, 4ktv, av, gear, oled, oledtv, qled, qledtv, samsung, samsungq7, samsungq8, samsungq9, samsungqled
All products recommended by Engadget are selected by our editorial team, independent of our parent company. Some of our stories include affiliate links. If you buy something through one of these links, we may earn an affiliate commission.